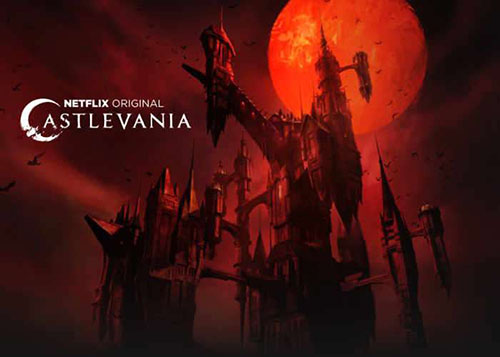 The last few decades of Hollywood's history has been dotted by the many, many times the big studios have tried, and failed, to create video game-to-film adaptations. Any video game fan can point out an adaptation that was particular egregious -- 1993's Super Mario Bros., both attempts at a Street Fighter film in 1994 and then again in 2009 with The Legend of Chun Li, the more recent Assassin's Creed from 2016 -- but by all accounts Hollywood simply doesn't know how to take a video game property and rework it to fit the constraints of studio production standards. Some would think it impossible, even.

One work tat seemed destined to fail was a movie based on Castlevania. The options to create a Castlevania adaptation were first picked up around 2007 by Kevin Kolde and his company Project 51, and the rumors started swirling about what this film would become. Kolde tapped comic writer Warren Ellis to write the script, and though the writer hadn't had knowledge of the video game series at the time, he reportedly fell in love with the material finding it a mashup of Japanese culture and classic Hammer Horror (for more on Hammer Horror films, see the Horror Cinema section). Ellis contacted Konami to work on the project and get materials to create a loving, carefully adapted script.

This is likely where the first moments of development hell started to creep in. While Konami, and series producers Koji "IGA" Igarashi were on board, IGA really wanted the film to be as faithful to the original series as it could be. Ellis was allowed to flesh out back-stories and adapt details, but the naturally controlling IGA wanted things to remain faithful. Eight rewrites were required by IGA before he would even sign-off on the script delaying matters for some time. All that being said, the script -- which eventually grew into a trio of concepts, a trilogy of works adapting Castlevania III: Dracula's Curse, following the adventures of Trevor Belmont, Sypha Belnades, and Alucard (sorry, Grant, even now you were ejected from the story) -- did eventually get approved.

Sadly, at this point the project stalled out. Kolde tried shopping the work around to various bigger studios but none would bite, and eventually the project fizzled out. Four years later, the producers brought the script to Adi Shankar (who had just recently directed the, in our opinion, fantastic film Dredd) to gauge interest in his taking the script and directing a live-action movie. Although he was a fan of the games, he felt that live-action would diminish and disrespect the video game series, and declined the offer. The production came back to life three years later, though, when Sam Deats of Powerhouse Animation Studios came on-board, shopping the series to Netflix with the original scripts. Netflix signed on, and then Shankar was brought back onto the project with the promise of creative freedom (and well as the animate format he felt would work best for the story).

With Netflix on board the project was turned into a Netflix series, the first season of which adapted the first script of the trilogy, taking the show to the point where the three main heroes were all joined together to take on the villain: Dracula. Shankar said that the goal was not to make Dracula just a villain but to paint him as a tragic figure. Thus why the first episode of the whole series delved into Dracula's life, showing him meeting his wife, Lisa of Lupu, before turning away from humanity when the Catholic Church burned her at the stake. Heroes then had to unite to take on Dracula, with the plans for the second and third movies turned into the story of the second season of the show, leading up to Dracula's defeat.

The series premiered on July 7, 2017, and the early buzz and ratings were good enough for Netflix to sign off on that expanded second season, which premiered on October 26, 2018. A third season was commissioned on, and released on March 5, 2020, which was then followed by a fourth season on May 13, 2021. The series proved to be a huge hit for Netflix, and was embraced by Konami as well, proving there was still life in the Castlevania fandom.

There was one sour note late in the production of the series: writer (and head creator on the show at that point), Warren Ellis, was caught up in a sexual misconduct scandal on July 31, 2020. The accusations included "manipulation, gas-lighting, coercion, and other forms of emotional abuse", allegations that the writer stated he had not considered. He didn't see he had "a position of power and privilege," but then took culpability for his actions. This not only forced him off the production of Castlevania but also led to the cancellation of many of his projects with other studios as well. Since then, Ellis has been stated to not be attached to any future Castlevania projects with Netflix.

The fourth season was a rousing hit, but Netflix had already stated that it would be the last season of the show... at least with the main characters. Their story was over, but Netflix promised future stories would be told in their Castlevania universe. On June 10, 2022, a sequel series was announced: Castlevania: Nocturne.

The Story of Castlevania:

1455 AD: Dracula had built up such a reputation among the villagers in the surrounding areas that very few were stupid enough to venture close to the castle; Dracula was someone to be feared (as the rows of corpses mounted on stakes outside his castle indicated). Those that did venture into the seemingly deserted castle found only death and, normally, were never heard from again. One villager, though, found a different fate...

1475 AD: Her trial was little more than a token affair and, within hours, Lisa was bound to the stake in the Church square of Targoviste, a blaze set before her. As she burned she cried out, yelling that "they know not what they do!" Her pleas were mistaken as her crying out for help from Satan, but soon the villagers were confronted with the truth: it was not Satan she was calling to by Dracula.

1476 AD: Exactly one year after Dracula threatened to rain Hell down upon the villagers of Targoviste for the death of his wife, Lisa, the villagers gathered together at the Church to celebrate the fact that Dracula had not, in fact, returned. The Cardinal blamed it on mass hysteria, a vision that was just an illusion, toothless and without merit. Almost as if he was setting up the most elaborate punchline he could think of, as his ended his speech the clouds covered over the town and the face of Dracula emerged in flames. He told them he would burn the village to the ground, with all the villagers in it, and he had returned to fulfill his promise.

1477 AD: Trevor and Sypha journeyed across the countryside, quelling one nasty black magic ritual after another. Although they had defeated the night creatures that desired the rise of Dracula, that didn't stop the idea (and the magical power) from flowing to others. Many worshipers of Dracula desired his return, and they were all too happy to use dark and evil magics (and many human sacrifices) to attempt the spells needed to bring back the Dark Lord of Wallachia.

Season 1: What really could have helped the series get going in the first season would have been a strong villain. Dracula is around but he's not the villain of the piece just yet. No, the Church acts as our villain, but it's a cartoony, over-the-top, barely explained sect of Christianity, one that feels like a cypher for all the rage the producers feel towards organized religion.

Season 2: When the heroes are on screen, they're pretty great (even if it's just them hanging out in a basement for a few episodes). The voice actors has an easy chemistry and their dialogue is likable enough. We don't get enough time with them to really sell some of their character motivations (like Sypha and Trevor falling in love over the course of the season), and Alucard still remains a closed off husk of a character, but you end up liking all of them more here than you did in season one.

Season 3: After the highs of last season fans had very big expectations for the third season of Castlevania. We all were curious, of course, to see where this season would go. Once it was announced it would be a direct follow up to the previous season, continuing that storyline (sorry Chris and Simon), we really just wanted to know where the series could go. Already the show had diverged far enough that a direct adaptation of Curse of Darkness seemed out (at least for now). I don't think anyone expected the storylines we got, though.

Season 4: On the one hand it is nice to basically focus on one set of stories at a time instead of how the third season just bounced around between all the storylines, taking its sweet time generating any narrative momentum. At the same time you are left waiting for one half of the show to pick up while, realistically, the storyline you probably didn't care as much about takes up the whole first half of the season. I can understand why the producers did this, I just don't know if it works that well in practice.