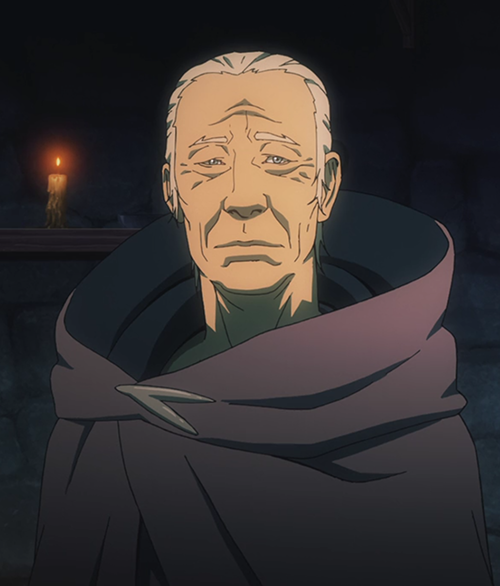 In the Castlevania game series the Belnades clan is depicted exclusively by women. That's not to imply that there are never any men in the clan at all; you don't get to have a clan that keeps their name from 1476 AD with Sypha Belnades all the way to 2036 AD with Yoko Belnades without either some men to carry on the name via marriage or some husbands that are very understanding about surnames. By and large, though, the series had never expressed any interest in the menfolk of the clan.

This actually tells something very important about the Belnades clan: the power of the clan, their magic, is passed down matrilineally Almost every major character associated with the series -- Sypha, Yoko, Carrie Fernandez, Charlotte Aulin -- are women, and they're all thee ones that have the magical abilities. Only one member of the clan is both male and magical, Juste Belmont, and he inherits as much of his power from the Belmont side of the family.

The Netflix anime puts forward at least some explanation for this: it's not that the men of the tribe aren't important but simply that most members of the clan are focused on the primary duties of the clan. As Speakers, the Belnades family are dedicated the preservation, and sharing, of their oral history, documenting all that the world has to offer in the way of knowledge (and magic) and having it at the ready for anyone that might be interested. Power, from what we can tell, is passed matrilineally but leadership of the clan is a role that can be held by a man.

We see this in action in the series as the leader of the Speakers at Gresit is the Elder, a wizened old man who has the trust and respect of his group. This may be because he's just the grandfather (or even great-grandfather) of everyone else in his wandering tribe. Perhaps if a woman was older in the group she would be in charge. Whatever the case, the Belnades clan (assuming that everyone in this group of Speakers are Belnades relatives) now have a history and purpose beyond occasionally spitting out bad-ass women: they are the living document of the world. 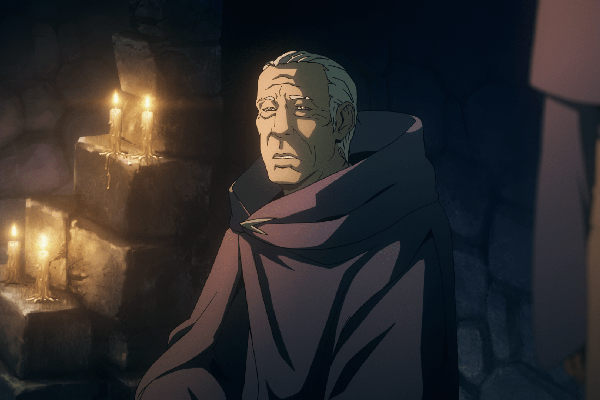 We're introduced to the Speakers at Gresit, a town besieged on two sides: by the evil creatures of Dracula and the (arguably) even more evil machinations of the local Church. When hero (or, well, drunkard who has the potential to be a hero) Trevor Belmont wandered into town (to find a bit of something to eat and to see what all is going on in this war-torn locale), he stumbled into an altercation between an Elder of the Speaker clan (voiced by Tony Amendola) and a couple of the Church goons. Despite what he though was his better judgment, Trevor inserted himself into the heated discussion, stepping up to defend the old man and fight off the Church goons. This put him in opposition to the Church but did gain him and ally among the Speakers.

Taking Trevor back to their cabin in town, the Elder explained that the Speakers had come to give aid to the people of Gresit, but the Church (led by a mad Bishop who feared knowledge and how it might loosen is grasp on the minds of the people) declared that the Speakers were heretics and judged that they should be wiped out. Trevor made the point that the Speakers, who were normally a nomadic tribe, could simply leave, but the Elder revealed that one of their number was missing: his grandchild, who had gone exploring under the town for a fabled "hero" that could save Gresit and the rest of Wallachia.

Agreeing to go into the town's underground to find the missing member of the Speaker clan, Trevor ventured off. But, as part of the deal, the Speakers had to agree to leave town once their clan was united. The Elder agreed and set his people on a plan to pack up and move on. Trevor was, in fact, successful, saving the grandchild -- a young woman named Sypha Belnades -- from the clutches of a beast that lived under the town, the Cyclops. He saved her and dragged her back to her people so they could all leave.

However, Trevor was still needed as the Church had massed its men to lead an attack on the Speakers. Trevor devised a strategy to save the Speakers. He attacked the goons when they came calling, leading them away from the Speakers and into the main part of town. This gave the clan time to pack, to get ready to head out on the road to find a different town to aid in such trying times once travel was safe. However, while thee rest of the clan prepared for their journey, Sypha went to aid the heroic Belmont; Trevor had saved her life and she felt the need to repay the favor as well as ensure that the Church was stopped so they couldn't go after her family. Then the two worked together to find the fabled hero, Alucard, and with his aid they went after Dracula.

The last time the Elder is seen, he's heading off with the rest of his clan, via wagon, at the start of the second season of the series (in an unvoiced cameo). Of note, by the time of the third season of the show Trevor and Sypha had hit the road to search out Sypha's clan. Unfortunately they never did find the rest of the Speakers, leaving Sypha without a connection to her clan.