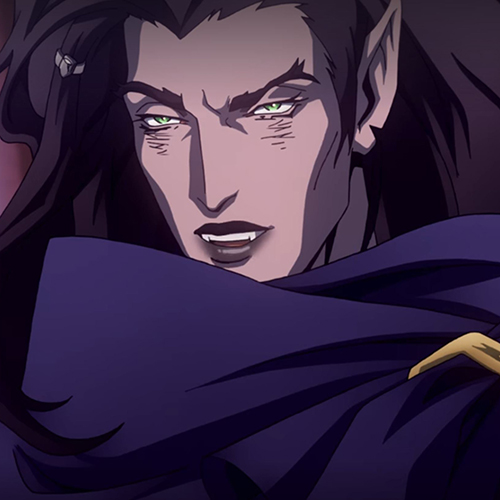 Each vampire in the Council of Sisters -- a council made up of Carmilla, Lenore, Morana, and Striga -- served their own role in the group. Carmilla was the charismatic one, Lenore the diplomat, Morana was the strategic administrator, and Striga was the warrior. She had a keen military mind which she put to good use protecting the borders of their territory while working on expanding their rule.

Although her role didn't seem as important when the lands of the Council were "at peace", her sisters craved more power and it was only a matter of time before Striga's skills, and command of the battlefield, were called upon. When that happened, Striga would take on a leadership role, commanding their armies and fighting for the expansion of their kingdom. Her tactical mind was well suited to the needs and stresses of battle.

Like most of her sisters (other than Morana), Striga was obviously of European descent. But where Carmilla and Lenore were clearly from Western Europe, Striga was big and strong, like a bear, with an accent that pinned her as hailing from a Russian territory. How these four sisters came together, from such a diverse number of backgrounds, would be a story worth seeing at some point. 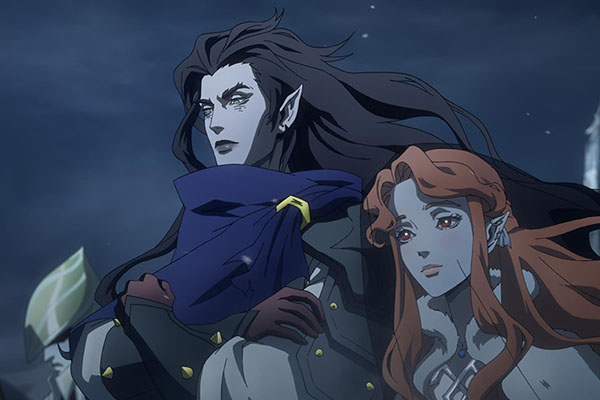 Striga, along with sisters Morana and Lenore, was at the castle when Carmilla returned from her abortive attempt to steal Dracula's power (at the end of season two). After her (petulant and angry) sister had her captured Devil Forgemaster, Hector, thrown in prison to make him more pliable, Carmilla met with her sisters in the Council Room to discuss her next plan:

Striga, meanwhile, was left with little to do at the castle but watch over her men, and their prisoner, and await the coming war. She knew that whether they had devils, or mercenaries, at their command, Striga would have to be at the front, commanding those troops in the war ahead. But at the castle she just had to wait, and wonder just how it would all play out.

As it turned out, both plans worked: Morana got the men, while Lenore brought over Hector. Hector had fall in love with Lenore and, in a moment of passion, she'd had him pledge his undying loyalty to her. While he did this she'd secretly put an enslavement ring on him, which bound him to her as well as anyone else with one of the rings. These she gave out to her sisters, making him loyal to each of them as well. 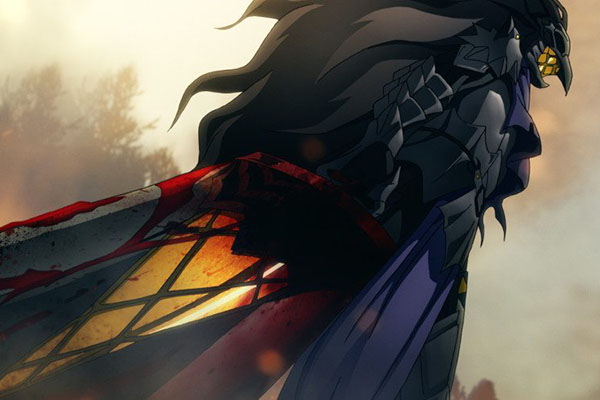 With the war declared, Morana and Striga went to the front lines, guiding the troops under Striga's command while Morana plotted the politics and managed resources. They were an effective team, slowly (by inch and by blood) pushing the front-line further and further across the countryside. But an attack on their camp shed a different light on the war. When Striga went out to face off against the attacker (while Morana hid in the camp, as she was not a fighter) the warrioress found not a well-trained army but simple farmers and peasants fighting for their lives so they didn't have to live under the boots of vampires. Reporting back on this (once the farmers were all dead), the two vampires came to a realization: they wouldn't simply have to defeat the country but constantly occupy it, always fighting the people and never once getting any rest or peace.

It was at that moment that Morana ad Striga decided to head home, calling off the war because there was no way to win in. They made the long trek home instead, only to arrive and find that war had come for Carmilla: Isaac and his army of Innocent Devils had arrived ahead of Morana and Striga and they had already overrun the castle. Assuming their sisters were dead (or soon to be), Morana and Striga elected to fade away, finding a new place to set up, just the two of them, with less lofty goals so the could enjoy immortality together.