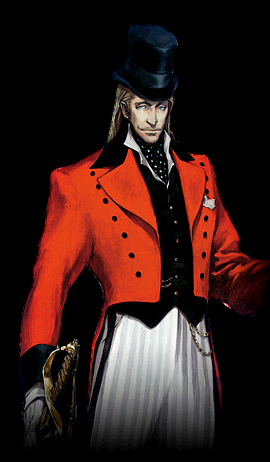 Over the course of it's long life span the Castlevania series has taken some very strange narrative pathways, although arguably nothing was weirder than when time travel was introduced into the series. Although an attempt was made way back on the Dreamcast, with Castlevania: Resurrection, that game was canceled and time travel wasn't brought in just then. No, it was take another few years before series manager, IGA, decided that what the series really needed was time travel.

Specifically the implication was that there was a corps or people who went up and down the timeline maintaining order, attempting to ensure that time ran its proper course. These "time agents" showed up twice in the series with their first appearance in Castlevania: Curse of Darkness. There, a mysterious man, Saint Germain, with strange powers and abilities, as well as knowledge of the future, stands in the path of the heroes, Hector. Why? What was his plan? What was it all building to?

Well, that remains unclear. The next time we saw a time agent it was Aeon and he was working in the very far future of Judgment. Clearly there was some purpose to their madness, some need to save the world from those who would seek to destroy it, but, again, little explanation for who they were or what they were really planning, long term, was ever discussed. But hey, the time agents sure were snappy dressers, eh?

Appearing mysterious early in Hector's quest to find, and kill, the evil Issac, Saint Germain gets in the way of the hero, attempting to warn him off. There are any number of ways to view his interference: maybe he foresaw a future where Hector became a mindless host for the power of Dracula (something Issac was, indeed, plotting). Or maybe there were bigger plans for Hector that involved him avoiding his quest for revenge entirely. Whatever the case, Saint Germain kept it cryptic. After fighting Zead (aka Death), revealing his powers to manipulate time, Saint Germain disappeared with promises of his return. 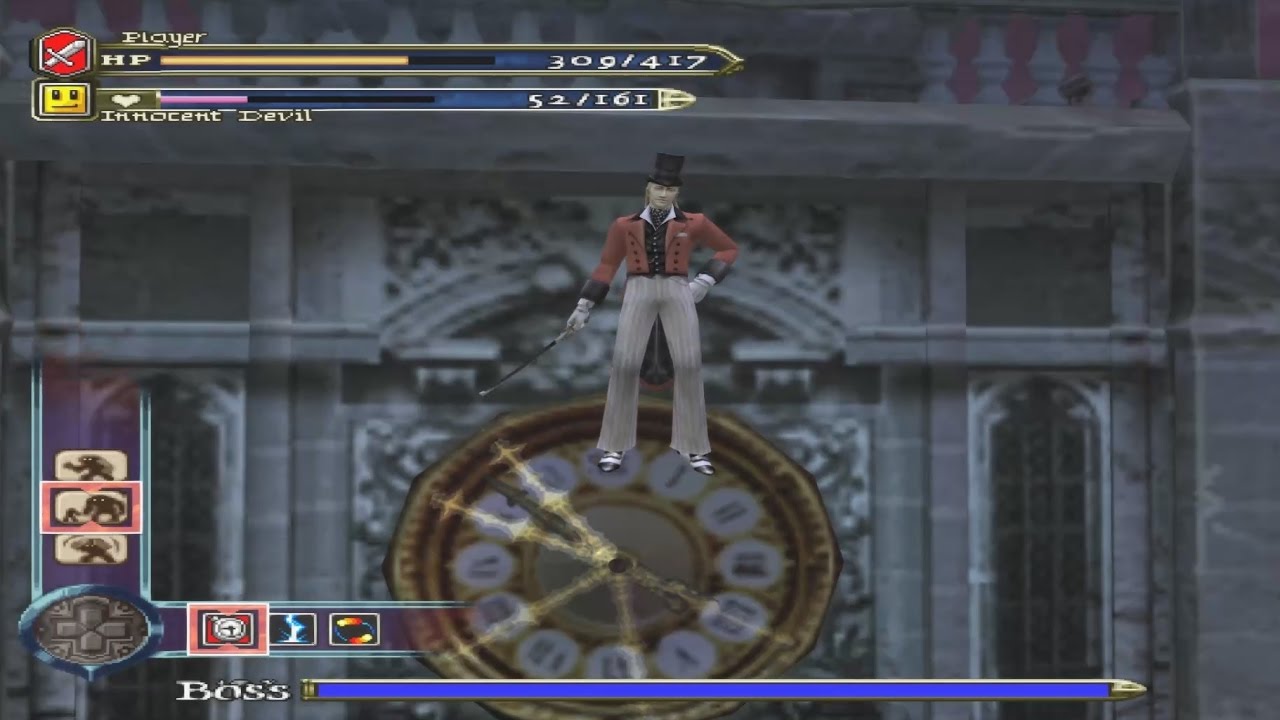 And return he did, much later in Hector's quest, after the time traveler had been captured by Zead. When once again confronted with Hector, Saint Germain tried to stop the hero from moving forward (one way or another, for the sake of the timeline). When Hector seems adamant in his intentions, Saint Germain challenges him to a fight. Hector, though, wins the fight and Saint Germain finally acknowledges that Hector must follow his path, one way or another. Then the time traveler disappears once more, allowing Hector to move forward to his inevitable fight with Issac.

Saint Germain appears one more time, at the end of Curse of Darkness. This time he doesn't address Hector but, instead, turns to the player and talks directly to them (making him the only character to truly break the fourth wall in the Castlevania series). Here he talks about fate and destiny, acknowledging events like Dracula's eventual death in 1999 AD, cementing the fact that he's a time traveler. Then he fades away, never to be seen again. 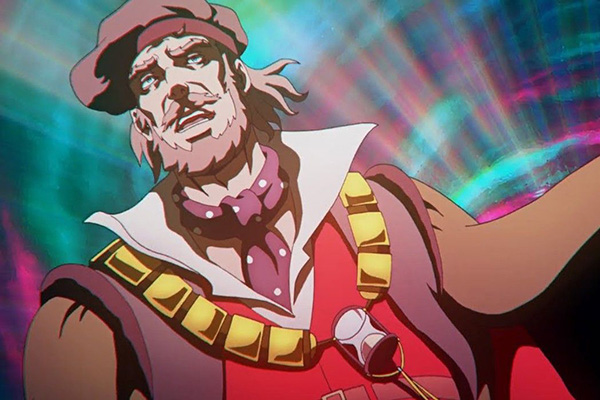 A different version of Saint Germain shows up for the third season of the Netflix Castlevania series. Here he's an older man, beaten down by events in his life. He's spending time in Lindenfeld (the town Trevor Belmont and Sypha Belnades arrive at, kicking off much of their adventure in the season), studying the books and works of art at the local monastery. A monastery, it should be noted, that has been taken over by evil monks who worship Dracula and demons, not god.

Like his video game counterpart, Saint Germain has some knowledge of future events (making comments about things like "toilet paper"), although he doesn't seem to be able to freely time travel the way the video game Saint Germain could. Instead he's searching for a kind of rift in the fabric of space time that would allow him to reach a timeless dimension between worlds. He wants to get there to he can try to save a lost love who, themselves, became stuck in this dimension, never to be seen again. He aids the heroes, though, because if the monks are somehow trying to open this rift it could only be for evil. The kind of evil that resurrects Dracula. That would be bad (of course).

At the end of the season Saint Germain disappears into the rift to chase after his lost love, but he aids in seemingly closing the rift, potentially stopping Dracula from using this as a mode of egress from Hell back to the real world. It remains to be seen if Saint Germain will appear again in the series. Perhaps in a future season focused on Hector.

Although you see Saint Germain battle Zead early in the game, there's only one official battle the player actually participates in, and this comes much later. In the fight, Saint Germain will teleport around, trying to slash at Hector from behind. Watch out because his sword slashes can sometimes cause the poison status effect, further damaging you. After he slashes, though, he'll take a pause so you can layer on some damage. He can also freeze time to try and get an attack in on you. And he can cause radial damage around him, forcing the player to jump and retreat to avoid damage. Once he reaches half health he'll start spamming his more annoying attacks, causing time to speed up which means Saint Germain can attack more often. He'll also summon a thorny vine that will craw along the ground and attack the player.

And then, obnoxiously, once defeated he'll reverse time, refilling his health bar once, and the fight will start again. At this point, on top of everything else, he can bring out a gun and shoot three times at you. He can really layer on the damage if you aren't careful. Thankfully, after three times through his health bar, Saint 'ermain will stop and you can continue your progress through the game.