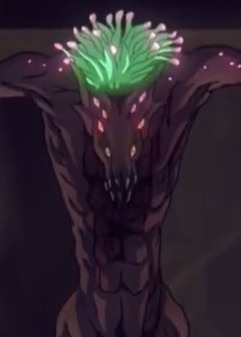 There's a history of the Castlevania series all kinds of monsters into its games, many of who don't have any kind of lead part or development. Rarer are the creatures that actually take on a lead role, become relevant to the story, and yet still do not have any of development at all. We're used to featured monsters becoming important characters but it's odd to find one that remains a mysterious creature even after its time has passed.

Such is the case, though, with the Visitor, a hulking Night Creature that ends up in the town of Lindenfeld in season three of the Netflix Castlevania Anime. This beast, not based on any existing mythology, became the main foe of heroes Trevor Belmont and Sypha Belnades by the end of the season.

It would be interesting to get more development of this creature, to know what inspired the designers of the series to create the weird, hulking beast. For now, though, we just have this strange demon and its evil acts to sustain our interest. 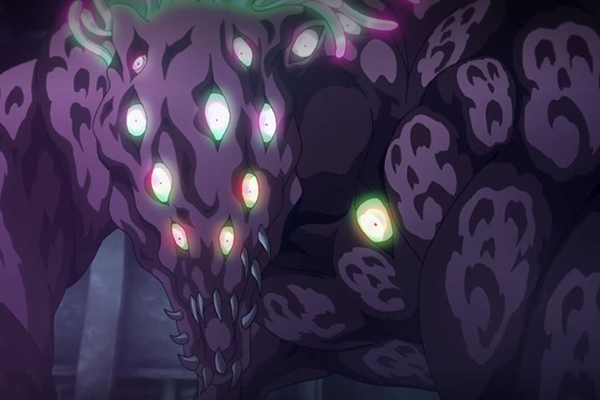 When Dracula launched his attacks on Wallachia, looking to wage a bloody war on humanity and wipe them from the face of the planet, he sent out his minions of Night Creatures, monsters created by the Devil Forgemasters Hector and Isaac, to raid the countryside and kill anyone they found. One such raid of monsters, lead by a hulking demon, went to the town of Lindenfeld. The monsters were fought back, though, and this great beast was injured.

Fleeing the guards, the beasts came upon a group of monks from the town. The monks had already had their faith shaken, horrified at actions from the Church in the past and then left wondering how God could let Dracula raid the land like he did. When the Night Creature found these men it invaded their minds, swaying them away from their Church, becoming followers of Dracula. Their leader, Prior Sala, had the beast taken into crypts beneath the Lindenfeld priory, tending to the creature and its desires.

This beast, which they dubbed "the Visitor", had been made by Isaac and it carried Isaac's desires in its own mind. Isaac wanted Dracula to be the ruler of the world, to wipe humanity away, so the beast put that plan into motion. It convinced the monks to take on the unholy mark of Hell, to begin scrawling the alchemical symbol for "change" on the buildings of the town, to prepare for a dark ceremony that would bring Dracula back to Earth. It just needed enough magic.

While the monks prepared, two heroes -- Trevor Belmont and Sypha Belnades -- came to the town of Lindenfeld. Soon they were tapped by the town's leader, the Judge, to investigate the monks and see what they were up to. Meanwhile, a magician (and seeming con man), Saint Germain, was in town, led by his own hidden desires, and he too was curious what was going on at the priory. He convinced the Prior to let him in to look at the books in the priory, but once he gained access he soon started looking around, searching for the magic that was in the priory. What he found was the Visitor, trussed up the crucifix with magical symbols scrawled in blood all around it.

Running to the heroes, the three convinced the Judge to send his men to attack the monks and stop what they had plans. But the Visitor was already prepared for this and, that night, as the Judge and his men, along with the three heroes, went to the priory, the monks began their dark ritual. The alchemical symbols scrawled all over town flared to life, burning the people of Lindenfeld in their homes, sending their souls to the Visitor. It grew large on the power of these damned, and with a mighty yell opened the gateway straight to hell (through a world called the Infinite Corridor).

While the Judge and his men attacked the monks, Trevor, Sypha, and Saint Germain went into the priory, past all the hordes of Hell that were unleashed, into the crypts so they could confront the Visitor. Saint Germain worked to seal the gateway to Hell before anything (read: Dracula) could escape. Trevor and Sypha, meanwhile, took on the various beasts of Hell before, finally, fighting the Visitor. This Night Creature was powerful, strong on the dark magic and already a hulking beast, and it was a hard fight for Trevor and Sypha. In the end they did defeat it, though, and with its final blood spilled the magic holding open the portal fell. Saint Germain went into the portal to search for that which he desired while Trevor and Sypha remained outside. They left the priory, horrified at what the monks had done all in the name of "faith".