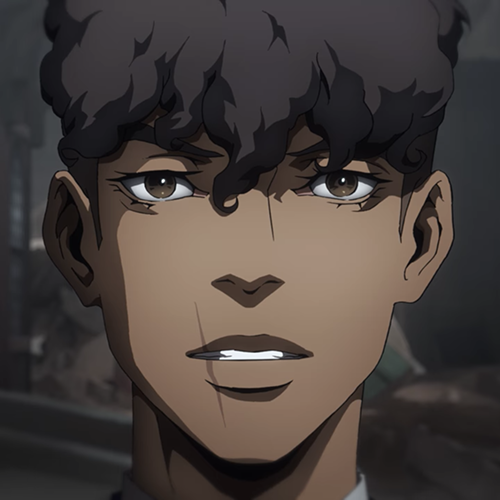 Introduced in the fourth season of the Netflix anime, Zamfir is the leader of the Royal Guard of Targoviste, a group of knights sworn to protect the royal family of the city, as well as the royal court. Targoviste was the site of Dracula's first attack against humanity, the place where his wife, Lisa, was burned at the stake as a witch, and it had suffered under regular attacks from Night Creatures ever since. In response the nobility of Targoviste had abandoned the upper streets of the city, hiding in a network of tunnels deep beneath, building the new "royal court" down in these dark halls.

After their own regular battles with the Night Creatures, and chasing a cult seeking the resurrection of Dracula, two heroes, vampire hunter Trevor Belmont and sorceress Sypha Belnades, find the city of Targoviste in near ruins. Racked by the carnage of the Night Creatures the city was barely able to keep its citizens alive. For Zamfir the needs of the citizens were less important than her sworn mission to defend the royal court. Supplies and resources were shifted from the top street to the underground, but the citizens weren't allowed to come with; Zamfir didn't trust any of them and only those Zamfir trusted were allowed access to the underground.

Trevor and Sypha were granted their own access to the underground, though, after thy proved themselves in battle. A contingent of Night Creatures, led by two vampires -- Varney (a foul-smelling vampire from England) and Ratko (an ancient warrior of immense skill) -- came for the heroes, hoping to eliminate them before the heroes ruined their plans. These two battled 4revor and Sypha more than once and, were it not for the assistance of Zamfir and the guards, the two vampire hunters might have been killed. Zamfir, seeing strength in the heroes, let them into the court. Even with this invitation, though, 4revor and Sypha were wary as they suspected something sinister was going on with Zamfir and the court.

Things came to a head in Targoviste after 4revor and Sypha went to the court. There they found people living in fear, of course (as Targoviste was a war zone), but they also saw vast riches amassed in this underground court, piles of treasure that could have been used to feed the needy on the surface. Disgusted, Sypha railed at Zamfir and the other members of the court about the inequality of it all. And then war came to the underground court as the vampires had found their own way in, trailing the humans, and they launched a strike. The Night Creatures poured in and it forced 4revor, Sypha, and Zamfir to battle together to defeat the demons.

While Ratko and the Night Creatures were there to kill the humans (following the orders Dracula had laid upon them months ago), Varney had other plans. He was actually interested in a relic hidden in the court and, using the carnage of the battle as cover, he forced his way into the royal chamber and found what he wanted: a magical mirror, a device not only of seeing but also transportation. He made haste and transported himself through, zapping over to the wreckage of Dracula's castle.

The Night Creatures were defeated by Sypha and 4revor but, sadly, Zamfir fell in the battle, a half-mad victim of the war. Half-mad because she'd been protecting the royals but the king and queen had died months early. The only things sitting on their thrones were the dessicated bodies, the last vestiges of the royal line of Targoviste. Zamfir has done her duty even after the duty no longer made sense, and she drove herself mad keeping the secret intact. With Zamfir gone, though, 4revor and Sypha saw the mirror, activated and still showing the way to Dracula's castle ruins. They went through, leaving the people of the Targoviste royal court to their own fate.

Zamfir is a character created for the anime series, one of a number of people designed to show the madness of the land. Her ability to play the panflute, though, is never elaborated upon in the TV series.