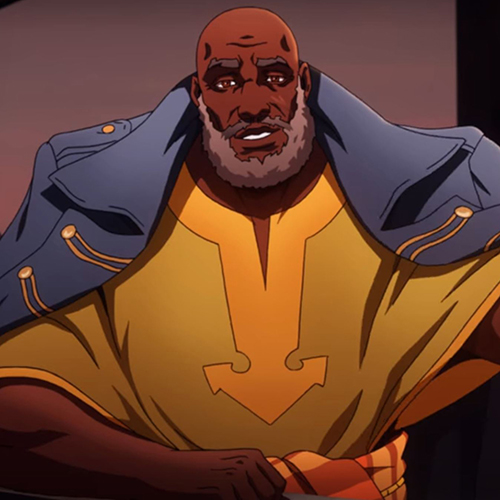 The world is full of people but the Castlevania series rarely has time for most of them. This is a series about monsters and mayhem, heroes and fighting, and the average citizen not involved in the storyline is, naturally, not involved in the storyline so they don't matter. It's rare to see any random people show up in the series (especially outside of Castlevania II).

We do get to see one character in the series though, someone generally removed from the danger, and the horror, of Dracula and his monsters. The Captain, functionally, assists Devil Forgemaster along on his quest, almost as if he were the Ferryman ushering a hero across a body of water. He's not directly contributing to the side of good or evil, he's just a man earning a little bit of cash while he does his job.

It's refreshing, really. It's nice to see that no everyone is hunter or prey, not always directly afflicted by the evils of Dracula. Sometimes a person gets to be a person free of worry or horror. 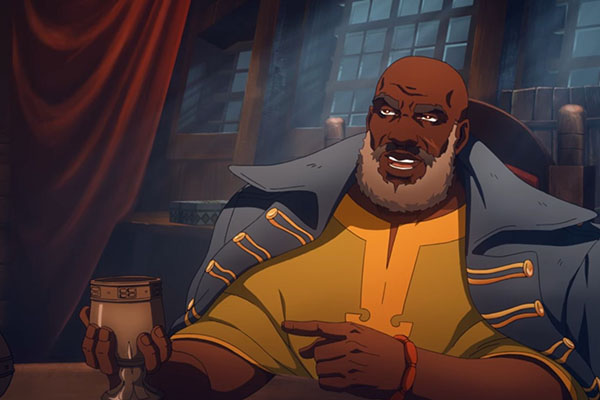 As the Devil Forgemaster Issac made his way across the European/African expanse (presumably having to cross the Mediterranean), he came upon a Captain, a burly but amiable man who had his own ship, and crew, and was headed for European parts. Isaac needed a ride and the Captain, despite seeing the army of monsters behind Isaac, was amenable to an arrangement. Although Isaac had his doubts about the man at first, the two quickly found common ground, and a friendly demeanor, and promise of safe passage was made (for coin, of course).

As they traveled, Isaac and the Captain talked, mostly about the folly of men and the evil, stupid things they'd do. Removed from much of the world, living on his boat, the Captain had a fresh perspective on the matter. He lived a carefree life, the master of his own destiny, and while men were men and did evil things, he trusted in his boat and the open sea. Isaac liked the Captain and, with this time to travel, realized that not all men were evil, although many were.

After he landed, the two said their farewells and the Captain traveled off to new lands to deliver his goods and find new people to transport. Isaac, meanwhile, immediately came across another town full of men who hated him on sight and wanted him dead. Not everyone was evil, but so many were...