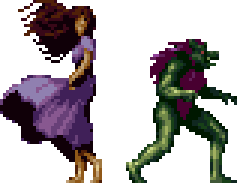 Werewolves are one of the most famous monster types in classic horror. They rank up in their fame along with Dracula and Frankenstein. This, of course, can be attributed to the 1940s when Universal published a series of "Monsters" films featuring all of themes beasts (and more), spreading them far and wide. In the minds of many viewers these beasts were all of-a-piece, fighting the forces of good together (especially once they started appearing in each others' movies).

Of course, the myth of the werewolf traces far further back than the 1940s. Stories of a person being able to transform freely (or under a curse) can be traced all the way back to 27 AD, although it seems like the myth spread more widely in the 12th Century and beyond. Trails of werewolves spread alongside those of witches, making an associated strain for both tales (and may lead to some of the development of that "curse" aspect for the creature). Regardless, mass hysteria had a way of making the supposed "phenomena" more famous, the legend of the werewolf spread.

Once witch trials ended, though, the werewolf lived on, a curiosity of folklore until it became a staple of pop culture. It's easy to see the fascination, too: a man that can turn into a beast sounds horrible but there's also a bit of wish fulfillment, the ability to let go and just "be an animal" would seem attractive to some. The curse, meanwhile, gives the creatures a tragic angle that most vampires never get. The werewolves aren't in control of themselves and, while human, dread the times they are forced to go out into the woods and, once again, stalk the night.

Naturally, much of that is lost in the Castlevania series, ignoring the curse of the beast to, instead, have monsters to fight. That said, one prominent hero, Cornell, was a werewolf and used his powers and affliction for good, battling against Dracula and his many evil forces. The werewolf is a beast, but occasionally writers put the beast's powers to good use. 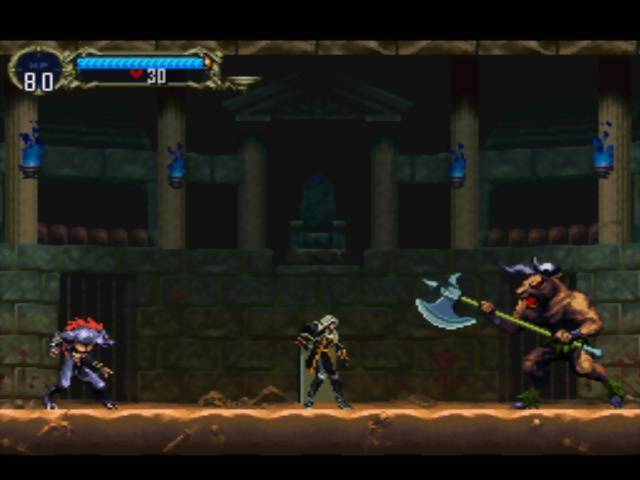 The very first appearance of the werewolf is not an especially glorious one. These beasts appear almost from the outset of the game, starting in the Jova Woods. They will hope at the hero when they get close, and have a bit more health than the other enemies in the region. They aren't difficult to kill, just be ready to swing twice, not once (unless you spent the time to upgrade your whip first).

When the werewolf returns in Castlevania X68000 it's at the top of the Clock Tower. There the wolf first appears as a normal looking girl before transforming in the light of the moon. She'll jump quickly around the room, grabbing chunks of the terrain to throw at the hero while dashing to damage the hero as well. Eventually she'll run out of terrain to throw and will grab one of the hands off the clock face, using that like a slow, but powerful, melee weapon. Once defeated she will fall to her knees and transform back before her dress falls on her (to give a girl a bit of modesty).

Another werewolf makes an appearance in all versions of Castlevania Dracula X: Rondo of Blood (both in Stage 2 and 2' depending on the route the player takes). This male werewolf comes in from the background of the screen, making quite a dramatic entrance, and his fight is equal to this stylish appearance. He dashes around the room, clinging to walls and performing fast attacks, like a sliding dash. He can also charge of a fiery orb that'll throw at the hero. Finally, when his health meter is gone, he'll perform a smashing dive attack at the hero as his desperation move. He's fast, agile, and not an easy fight at all.

The werewolf comes back in the Dracula X sequel Castlevania: Symphony of the Night. Here he's paired with the Minotaur, two summoned creatures put into the boss area of the Colosseum by a mind-controlled Richter Belmont. The werewolf is, again, fast and agile and can attack with a flurry of punches and kicks, knocking the hero around. He's made harder by having a second creature in the fight, but it is best to focus on just one of these two to thin the herd and make the fight far more manageable.

Note that the werewolf returns in the Reverse Colosseum, again paired with the Minotaurs, and they have both been made stronger and more plentiful, packing into the halls of this area. Additional, the Symphony of the Night version of the werewolf, with his various attacks, appears again in Castlevania: Dawn of Sorrow as a late-game enemy in the Pinnacle and Condemned Tower. It then appears again in a similar form in Castlevania: Order of Ecclesia in Oblivion Ridge.

Werewolves return as regular enemies in both Castlevania N64 and it's "director's cut" adventure, Castlevania: Legacy of Darkness. These beasts first appear in the Forest of Silence as minor, easy to kill melee fighters before showing up again in the Duel Tower. Meanwhile, lycans of different sizes also show up throughout Cornell's quest in the re-release, although they are again fairly easy to manage (especially as they lack any of Cornell's powers). 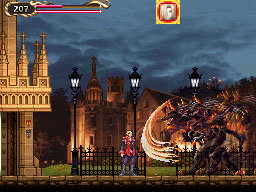 Werewolves are also common enemies in Castlevania: Circle of the Moon, and here they're associated with Were-Jaguars and Were-Panthers as well. These beasts retain the fast and heavy punches that the wolves of this series have been known for, and they can perform quick attacks as well as a devastating sliding uppercut. They can also jump the player and attack again from the other side. They are not to be trifled with.

Castlevania: Aria of Sorrow also featured werewolves as regular enemies (and, again, they have more powerful versions as werejaguars and weretigers). These beasts retain their punches and flaming attacks again, and appear in the Floating Garden, Underground Cemetery, and the Arena.

A new version of the werewolf shows up in Castlevania: Portrait of Ruin. This is a much bulkier beast, lacking the speed (but retaining the power) of his previous ilk. Here the werewolf has a few attacks. He can grab a lamp post from the terrain and throw it at the hero (he can only perform this attack so many times as there are only so many lamps in the background). He can also rush in and attach with his claws, or try to bite and deal a heavy amount of damage. Finally he can let out a howl that summons other, lesser wolves that will attack the hero and will have to be dealt with lest they deal a ton of damage themselves.

The werewolf is a minor encounter in Stage 2 of Castlevania: the Arcade before returning as the boss of Stage 4. Like with all the bosses in this game it's really hard to give solid fighting strategies as you're on rails so things like "dodging" just don't apply. Just keep an eye on their attacks and make sure you land your swiping blows before they manage to unleash any of their melee or thrown attacks so you can stun them for extra damage.

Finally, there are three types of lycanthropes in the Lords of Shadow games, both the first title and it's 3DS sequel. These monsters are all generally manageable by the hero, requiring some basic level of combos to kill but never the prolonged fights that a boss would require in this game. There are also the wargs, which are like giant wolves and these can be boss-style fights. In all cases, though, these enemies are more manageable they worrisome. 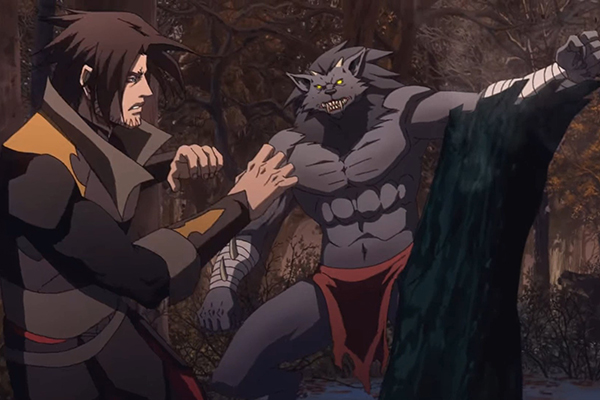 The Werewolf in Pop culture.

As noted, the werewolf is a staple of pop culture. at this point. The beast first started appear on the Silver Screen in productions such as Universal's Werewolf of London and The Wolf Man. Hammer Films also produced one werewolf film, 1961's The Curse of the Werewolf. From there we had plenty of other werewolf adaptations as many other studios got in the act.

It is worth noting that while Universal has gone back and forth on calling their creature a "Werewolf" or a "Wolf Man", the two beasts do seem very different in appearance. A werewolf is very wolf-like in appearance, often showing up like a giant wolf with no human characteristics. Wolf-men, though, are mostly men just with fur on their face and hands along with claws and fangs. In the Horror Cinema section we differentiate between the two, and you can browse films about the Wolf Man separately from that of the Werewolf.