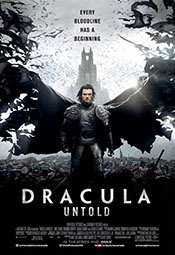 It's a part of Dracula's story that we all know but never really pay attention to: the time before he became a vampire. As told in the movie, Vlad Tepes was a great warrior, one who served as part of the Turkish army for ten years. He'd been conscripted into the sultan's army (along with 1,000 other boys) as part of a deal the sultan made with Vlad's father (Vlad Dracul) to keep peace in Transylvania. After his release, Tepes went home, got married, had a kid, and settled down as ruler of Transylvania.

Ten years later, the Turks have begun to scout out the lands of Transylvania. Tepes find the remains of Turkish warriors and follows their trail up into the mountains, discovering that they were killed by a monster (the kind with fangs). Vlad flees but worries that the Turks will blame the Transylvanians for the murders. Which they then do. In retaliation, the Sultan (through his representatives) demands 1,000 boys to be trained as soldiers, and that's to include Vlad Tepes's own son. In response, Vlad murders the representatives and impales them on pikes (as is his way).

Fearing what the Turks will do next, Vlad take the only option he can think of: he goes to see the vampire to get a taste of true power. Embraced by the vampire, Vlad takes his super-powered abilities into the war with the Turks with the fate of his country (and his immortal soul) hanging in the balance.

For a movie prominently featuring vampires, Dracula Untold is a surprisingly bloodless movie. Kind of a stupid one, too, to be honest. It's supposed to be the origins of a horror icon but, in comparison to the last time this story was told -- the introductory sequence of Dracula 1992 -- Untold manages to be both boring and artless by comparison while also taking an hour and a half to tell it all again. And you know that if I'm holding Dracula 1992 anywhere near high-praise something must have gone terribly wrong with a movie. 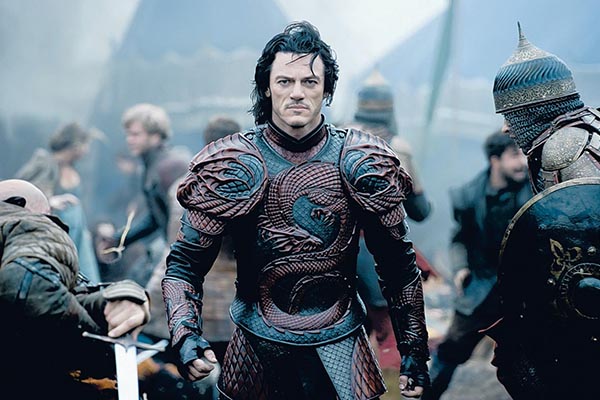 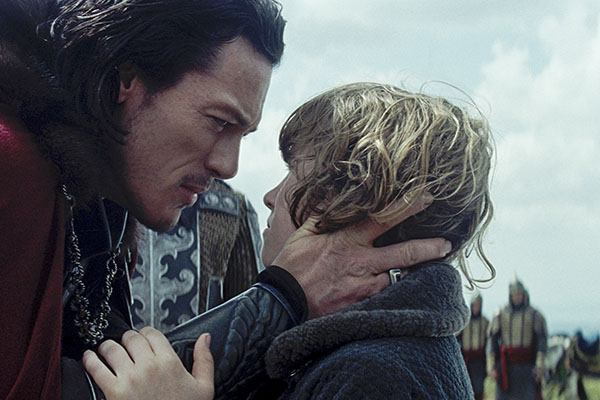 To start with, the movie isn't scary. Dracula Untold is less a vampire movie than a superhero movie starring a vampire. Vlad kills a lot of people, and does a lot of bad things, but you never feel like he's in any danger of becoming evil. Everything he does is for his son, his family, and his country, so his motives are pure and we never disagree with anything he does -- the villains are so cartoonishly awful that you hope they're going to die anyway. Dracula is supposed to be the worst of the worst, but the movie desperately wants him to be a good guy.

This swings back around to the note we made about just how bloodless the movie is. A lot of people die, on both sides, but you never see any gore. As much as I might complain (in person, when watching a vampire movie) about how messy vampires are -- "You're wasting food, man!" -- at least you get to see a little gore. Here, everyone dies because they're slashed quickly and then the camera cuts away, or Dracula bashed them really hard with his fists, they fly off, and then just land with a thud. There's no blood, no guts, no anything to make you feel like he's doing anything bad. It's not horror being served to us, just lazy action beats.

All of this could have been forgivable (even just a little) if Dracula himself were interesting, if he had a bit of bite or menace to him. Vlad Tepes, the real guy, was reportedly a really nasty dude, one who would kill without caring, would cause all kinds of bodily harm to his victims, and possibly do it with a smile (and maybe a little manic twinkle in his eyes). That's how we envision Dracula at least, yet what the movie gives us is "broody beefcake #1". Evans is good at being pretty, but what he lacks is gravitas. Dracula is a larger than life character, big and bold and evil, but Evans mostly mopes around when he isn't confused by everything around him or staring off into space blankly. This Dracula is tedious, not interesting.

There are a couple of people that elevate their own roles although, sadly, neither of them are the focus of the movie. Sarah Gadon plays Mirena, Vlad's wife, and she at least works her side of the relationship for all the chemistry it's worth. While she's never given much to do she at least watchable in the scenes she's in. Meanwhile, Charles Dance acts the shit out of his role as the Master Vampire. Of course, Dance is one of those master character actors that could act his way through any movie so it's no surprise he's great here. He would have made a fantastic Dracula but, sadly, that was not to be. 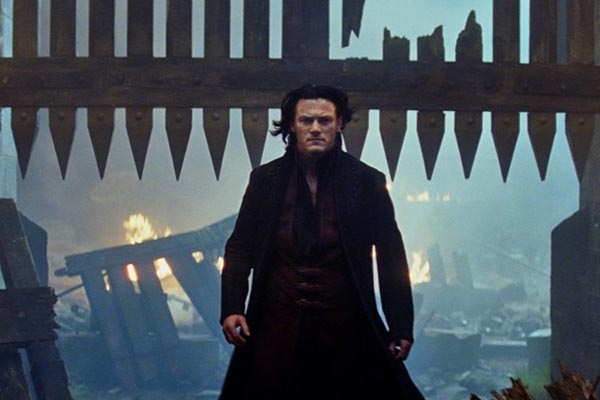 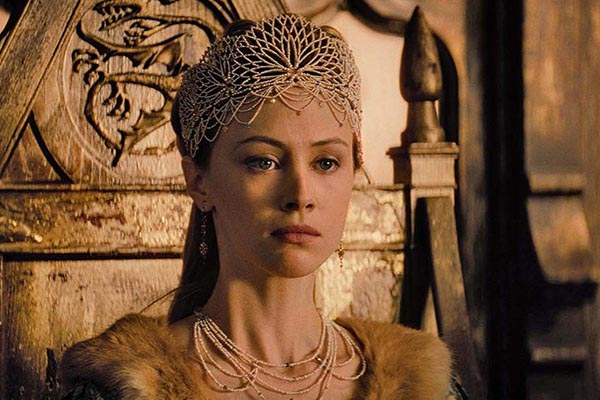 Nothing in this movie is surprising, or shocking, or interesting (aside from Gadon and Dance). It was supposed to be the launching point for the eventual Dark Universe, but after the failure of this movie in theaters, Universal decided to delay the cinematic universe until The Mummy 2017 came out. While that movie isn't perfect, after re-watching Dracula Untold I think Universal made the right idea. This half-baked movie was better left (so to speak) in the coffin.