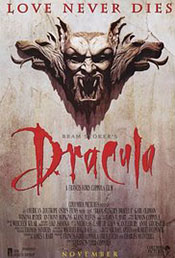 We open during the reign of Vlad Dracula (aka Vlad Tepes, Vlad the Impaler, Big Daddy Vladdy). Having fought for his lands, Dracula has gone one quite a killing spree, laying waste to the Turks who've been a constant threat to his control of the region. This had made him few friends, and when he comes home to find that his wife, Elisabeta, has committed suicide after a false report reached her of Dracula's death, Dracula forswears God. If she is to be damned (for committing suicide), he will be damned to, and walk the Earth for all eternity, avenging all for the death of his wife. He then stabs a big stone cross in his chapel and drinks the blood the comes forth (because reasons), turning himself into a vampire.

Cut forward hundreds of years and we pick up were just about every Dracula adaptation begins: Johnathan Harker heading into Romania. He's there to serve paperwork to Count Dracula, authorizing deeds for lands in London (where the count is planning to move). While Johnathan staying with the count, Dracula spies a picture of the young man's fiancee, Mina Murray (a girl who shares a striking resemblance to his own lost love, Elisabeta). Dracula signs the paperwork and begins his quest to move to London and bring over Mina to the side of the vampires. He leaves Johnathan to his "wives", a kiss of vampires who wander the halls of the castle, feeding on whatever scraps Dracula gives them.

Jump ahead again and Dracula's ship has arrived in London (the sailors having suffered horribly during the trip). He then proceeds to cut his own swath through Mina's life. He turns her friend, Lucy into a vampire, and then sets to work on his target. However, Johnathan, sickly and aged, managed to escape Dracula's castle and returned to London. This leaves Mina torn between her mortal love and the immortal fiend who has slowly begun to take over her heart (and steal her life). Will the men around her be able to save the young woman for the forces of darkness, or will she end up one of the creatures of the night?

There's a lot to unpack with this version of the Dracula tale, but I want to start this review with what really works about this movie. To start, it's very well made from a production stand point. Whatever issue there are with the film (and there are many, in this reviewer's opinion) one cannot fault the production design. So much of the movie was done using practical effects (some reports saying all of the effects were done without the use of CGI), from the opening train ride using models, to many of the transformation effects (which now would just be ones and zeros) that the "reality" of the movie is never in question. It's a very handsome, very well thought out movie in this regard. I've often commented that "this movie is great if you just turn off the volume and watch it for the effects and design." 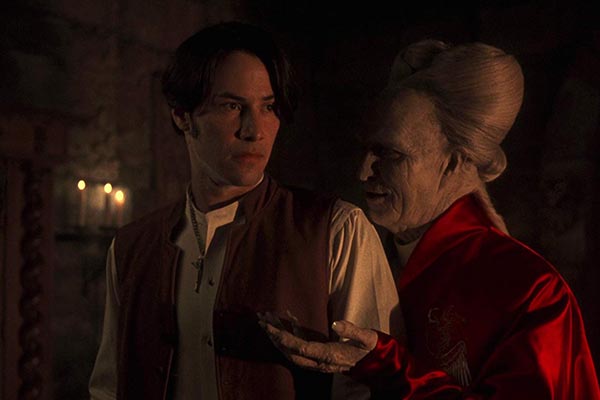 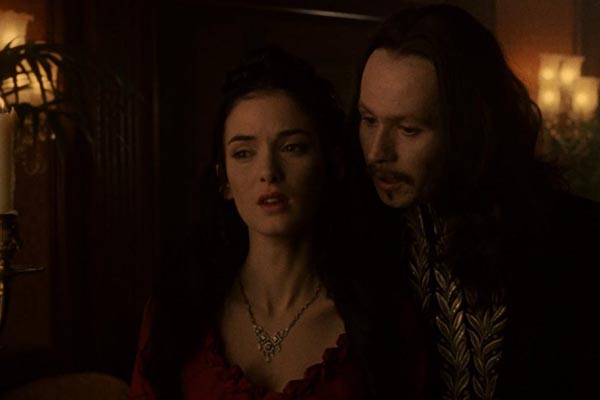 Sadly, there's just so much that doesn't work about this movie that trying to appreciate it for the production design alone is very, very hard. To start barely any of the actors in this movie work for the roles they're cast in. The actor most people like to harp on is Keanu Reeves -- yes, he's miscast as Johnathan, but that's largely because Keanu is a subdued actor; there are many movies where his everyman-style works, but as someone confronted by the horrors Johnathan goes through, Keanu's style of acting just doesn't work. Not that I like many of the others. Winona Ryder is just as miscast in this role, effectively a passive one where all she gets to do is react and pine for her loves. Ryder is a solid actress but she gets her best meat from being "weird" and "other". As a bride of Dracula she would have worked (or maybe in a remake of Dracula's Daughter) but as the girl-next-door Mina Murray she seems out of her depth.

I will give props to Gary Oldman, though. Playing effectively a double-role as "creepy old Dracula" and "young, warrior Dracula", Oldman is able to convey the two aspects of the character. He honestly seemed invested in the movie, playing the roles with vigor and just having fun. Certainly more fun, anyway, than Anthony Hopkins who always seems bored of the movie every time I watched it. His Van Helsing should be an anchor for the film, but I always wish he'd just go away so we could get more Dracula.

This is, in fact, and issue the movie is never able to quite address: how do we root for the heroes (those fighting against Dracula) when we care more about the evil demon? This is an issue Dracula 1979 could have had as well, but that movie committed to the fact that Dracula was plainly the more interesting character and wrote the flick in a way where he didn't so much lose as just suffered a temporary setback. Here, we're never certain if Dracula is the good guy or the bad guy. He's out for vengeance and he just wants the love of his life back. And when everyone around him is so bland, shouldn't we want him to win?

Much of the blame, of course, has to go towards the opening sequence that establishes the connection between Dracula and Elisabeta/Mina. But then, the fact that the movie updates aspects of the story while still keeping everything else so trite and in the past does it no favors either. Mina is just the damsel in distress -- she barely does anything on her own and it's up the men in her life to save her. Dracula at least was treating her as an equal (or soon to be equal once she was fully a vampire) but the men seem to act like she can't handle her own business. 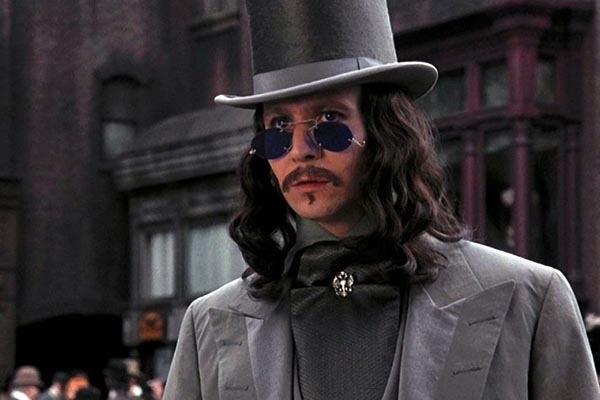 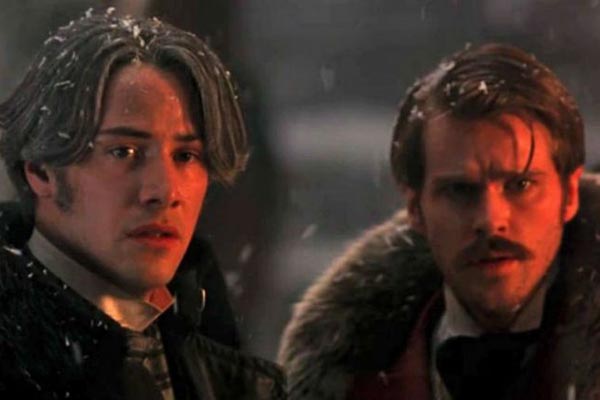 Not that Dracula is totally perfect in this film, either. He moves to London to get Mina... and then goes after Lucy first. I know this is one of the tried and true Dracula story beats and it's what he always does. But it's basic logic: if he just ran up, took Mina, and then fled instead of bothering with Lucy (who he has no connection to) he might have actually won the day before anyone knew what the hell was going on. Clearly all he wants is Mina (she's his wife reborn) so why is he mucking about with anything else?

All of this together is why it's so hard to recommend Dracula 1992. It's so very pretty and so very stupid. It's a treat to watch but the film is so boring to listen to. Like many of the lesser entries in the world of Dracula adaptations, it's hard to say anyone beyond Dracula competitionists should watch this movie. There are much better versions out there (as always, we recommend Dracula 1979) so why bother with this version? It's just bad enough without ever achieving "so bad it's good".

Although the whole of the Castlevania series is heavily informed by the Universal and Hammer horror movies that came before, Dracula 1992 did have it's own set of games that came out during the reign of the movie. Some were certainly Castlevania clones while others went far afield (and barely felt like they were connected to the movie that spawned them at all).

Of course, if you're looking for related flicks to Dracula 1992, you should also check out one of our favorites, Blacula. Produced two decades before Dracula 1992, Blacula also features a vampire lord pursuing the reincarnation of his lost lady-love. Plus, it features a great 1970s soundtrack and all the fantastic Blaxploitation trappings of the era. If we had to choose which film to watch we'd go with Blacula every time.

Dracula 1992 was a success in theaters (despite how much this reviewer may have disliked it). It's box office all but insured imitators. Namely there were a number of other "Bram Stoker's" flicks that came out and nearly all of them were terrible (and none of them had anything to do with the original novel or it's semi-sequel, the short story Dracula's Guest). There was also Mary Shelly's Frankenstein, another movie banking on the author/character title combo. Spoiler: it's also pretty awful.