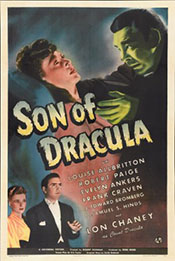 Although the first two Universal Dracula movies (Dracula and Dracula's Daughter) were tightly connected (and both at least loosely based on stories by Bram Stoker), our third film barely has anything to do with those films. Instead we open in a small town in the Southern United States (apparently around New Orleans, although I don't recall that being mentioned in the movie). There, a a new traveler to the town, Count Alucard (from Hungary) is expected. When the train pulls into town, though, Count Alucard is nowhere to be found; all that arrives is his luggage and two large, locked crates.

Later that evening, at the Caldwell plantation, the owner, Colonel Caldwell, and his family throw a party to welcome their guest of honor, Alucard, although the guest of honor never arrives. The Colonel, an old man, eventually goes to bed. He's soon discovered dead of a heart attack, a fire started by his discarded cigar. Curiously there are two marks on his neck, although no one can explain how they got there. And then, much later, at an ungodly hour, Count Alucard arrives. The two events seem unconnected, but already Dr. Harry Brewster is starting to suspect otherwise. He's already begun to suspect that Alucard may be other than he says... and then the doctor figures out that Alucard spells "Dracula" backwards, and he's convinced.

Meanwhile, one of the late Colonel's daughters, Kay, starts acting weirdly. She'd invited Alucard to the family plantation. It soon comes out that the two are in love and will be married. The doctor grows increasingly suspicious, figuring the count for a cold-blooded killer. Can he put the pieces together and save Kay, and the town, before all is lost.

Produced seven years after Dracula's Daughter, the third film in the Universal cycle, Son of Dracula shows none of the style or substance of its predecessor. A cheap cash-in on the Dracula name (after Universal saw continued success with their monster movies), this film is just a plodding, middling affair. 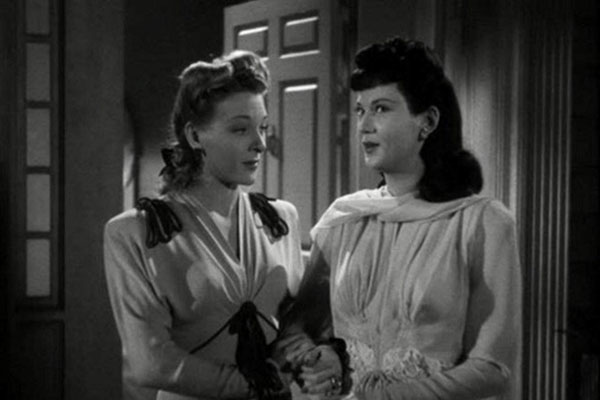 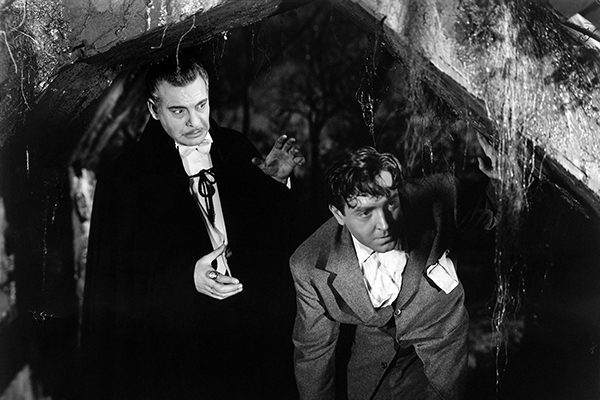 For starters, the plot moves at a snail's pace. Within the first scene, before Count Alucard even shows up on film, the doctor is already starting to suspect that Alucard is Dracula. Mind you, it's never clearly established that Dracula is a household name in this universe, and yet the doctor already seems to know the name and suspects that Alucard may be a vampire. But okay, sure, maybe the doctor saw the first Dracula movie and he just knows. This is the first scene of the movie, and yet the doctor doesn't really begin to do anything about it for another hour! There are vampires in his town, he suspects it, practically knows it, and yet he has other business to handle first?

Then there's the love story between Alucard and Kay which come out of nowhere and really doesn't amount to anything, largely because the two actors have no chemistry together. Plus, honestly, Lon Chaney Jr. is just not a great vampire lord (Alucard, Dracula, or otherwise). He's too reserved and not nearly menacing enough to make any of his scenes crackle. In the end, all the scenes he's in fizzle and drag on when, with a different actor, they could have had real energy.

And don't get me wrong. I like Lon Chaney Jr. as an actor. He's fantastic as the titular Wolf Man. Here, though, in Son of Dracula he just seems lost.

But then the movie doesn't really know what it wants to be. Is it a tragic love affair between two humans, one of who is slowly becoming a vampire from an outside force? Is it a romance between a vampire and a human fighting against the people trying to stop them? Is it a scary monster movie? Is it a murder mystery? The plot kind of wants to be all those things but it never really commits to any of them long enough to have a lasting impact on the film. A bit more editing on the cutting room floor to tighten up the plot lines would have helped immensely. 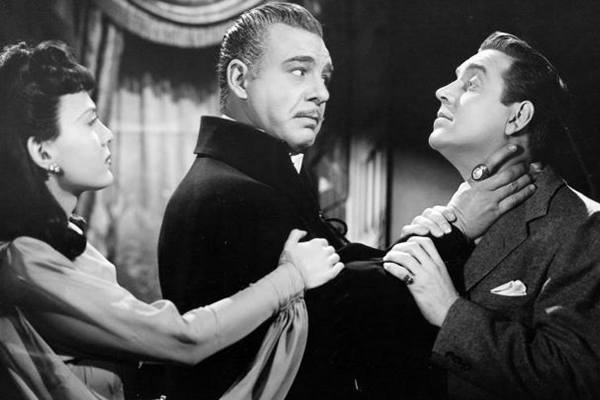 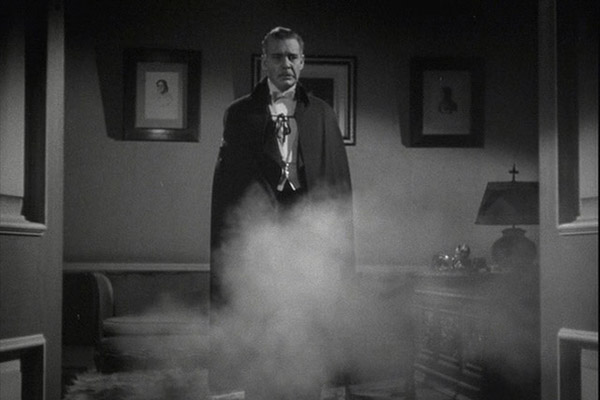 And damn it, he's not the son of Dracula! "Alucard" is an alias he's using and everyone basically acknowledges that he's really Dracula. Everyone knows it pretty early in the film. The whole title of the movie is just plain stupid.

One thing I will give the film credit for, though, are the special effects. This is the first time, on film, we ever got to see a vampire turn into their bat or mist forms, and both are actually pretty convincing (especially considering the era that were done in). The vampire effects work really well, so much better than the cheap rubber bats Universal continued to use through this movie. They're almost distractingly good, but I do appreciate the effort put in.

Good effects, though, can't make up for a weak story (just look at the later output of the Wackowskis as an example of that). Son of Dracula need a lot of work to get it into good shape. An extra pass on the script, better casting, and more thorough editing all would have really helped to punch up this film. As it is, this movie is just not entertaining enough to recommend to most viewers.