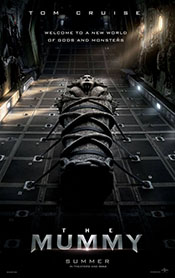 There's a lot of story to cover, so we're going to have to go fast. First we see a bunch of knights in England burying one of their own with a special red gem. They we find, centuries later, an underground crew has dug their giant-assed tunnel into the tomb of these crusader knights. Soon enough a crew of well-helled scientists show up and take over the dig site.

We're then led through a flashback by Dr. Jekyll (although we won't know it was his voice for a little while yet)all the way back to Egypt during the New Dynasty. There's a great pharaoh and his daughter, Princess Ahmanet. The princess is set to take over the throne upon her father's death. That is until the Pharaoh's wife gives birth to a son and the girl is kicked out of the line of succession. So she sells her soul to the god of death, Set, and then murder's her father (just can't please daughters). Before she can finish her ritual and raise Set in the body of her lover, she's captures by royal guards, mummified alive, and buried out in Mesopotamia.

Flash forward once again and we're in Iraq, formerly known as Mesopotamia (aka the Cradle of Civilization and also that place with a undead fiend lurking somewhere under ground). Two friends and former military men, Nick Morton and Chris Vail, are venturing into Iraq to try and find antiquities they can collect and sell (because they really aren't good dudes). What they end up unearthing (after a pitched battle with Iraqi insurgents and a well places airstrike) is the great underground tomb of an Egyptian royal (guess which one). Soon enough the sarcophagus is unearthed by the two soldiers and an English archaeologist, and then all hell breaks loose as the mummy comes alive, Nick is cursed to become set, and lots of CGI is painted all across the screen.

Oh yeah, and there's a whole lot of stuff about a secret organization studying, trapping, and killing the paranormal. The group is called "Prodigium", they're lead by Dr. Jekyll (see, we told you he'd show back up) and we'll be seeing more of this whole organization in future Dark Universe movies. As we said, there was a lot to unpack. 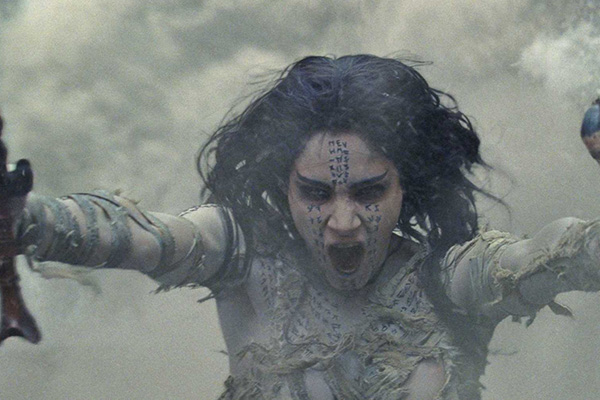 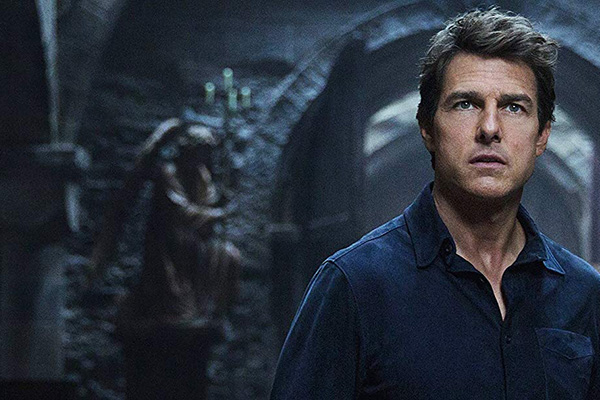 I feel like I have to open the actual review part of this article by saying I actually liked Mummy 2017. Reviewers haven't been kind to the movie (as of writing the flick has a 14% on Rotten Tomatoes which makes it sound pretty back) calling it at times boring, mediocre, overwrought, poorly acted, and bad. Some of that can be attributed to the movie, which does have it's faults, but I think more of it just has to do with where we in the U.S. are with movies, our expectations, and how people at this point feel about cinematic universe.

So let's cover that last detail first. As we alluded to above, Mummy 2017 is part of Universal's new Dark Universe, as series of interconnected movies featuring the classic Universal Monsters in new, reinvented ways. After the Marvel Cinematic Universe became a roaring success, it does seem like every studio wants to have their own cinematic universe. Warner Bros. and the D.C. Extended Universe makes sense since they're Marvel's chief rival. Others, like the proposed King Arthur-verse, seem to have died a quick death when their first movie failed. Universal, though, had a cinematic universe before pretty much anyone else, crossing all their monster over between films in the 1940s and 1950s.

As a fan of the classic films, I don't see a problem with Universal taking another stab at uniting all these classic monsters together. If anyone could do it then it'd be either Universal or Hammer (and Hammer doesn't make these kinds of horror movies anymore). I'm totally willing to go along with the ride of having all these monsters back and watching them unite to... well, apparently save the world. That last bit is part of Universal's plans for the monsters since, I guess, they feel it's easier to root for the monsters (and thus buy tickets to see their movies) if the monsters are good guys. Eh, whatever. I'm happy to have them back.

Then there's the matter of expectations. Universal came right out talking about how the Dark Universe would be a shared continuity before they ever had a single movie in the series out and ready. They want to will this shared universe into existence before they've even managed to get a single successful movie for it running (remember, Marvel managed to put their whole cinematic universe together by first launching each hero in their own movie, nothing any of the other studios have done yet). Hell, Mummy 2017 isn't even Universal's first attempt -- the sad story of Dracula Untold is best saved for a different article but suffice it to say that Universal quietly shoved that movie out of their Dark Universe when it underperformed in 2014. 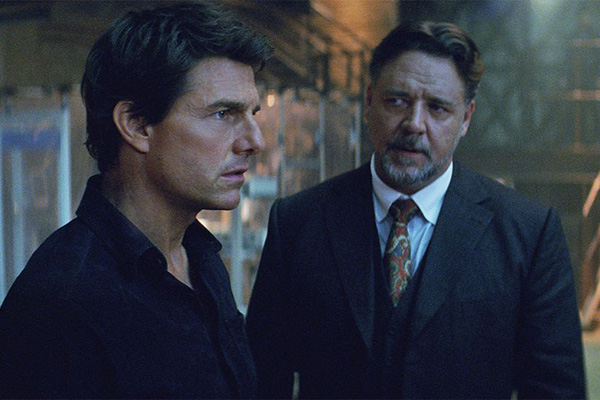 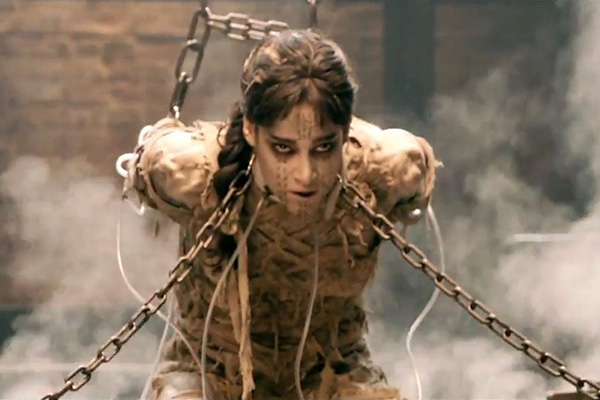 So yeah, maybe we as a movie going public expect more from our shared continuities. And maybe we're tired of seeing these things willed into existence with half-assed first or second attempts (yes, I'm throwing shade at Batman v. Superman and that movie really deserves it). Not every movie should be a part of a shared universe and sometimes the studios would benefit from taking a slower pace with their plans before they announce them. Universal's heyday for the Monsters was back in the 1930s, 1940s, and 1950s -- no one was really clamoring for these guys so Universal really should have built anticipation instead of just saying, "boom! Monsters! Enjoy!"

Still, though, taken on its own merits Mummy 2017 is pretty good. Let's be clear: there's very little original in this movie. Have you seen The Mummy from 1999? They you know what this mummy can do (including sucking the life force out of humans, summoning rats and bugs to do her bidding, and creating giant sandstorms with her face in them). There's even a quick shot of the Book of the Dead from the 1999 click just in case you were sure if Universal was aware how much they were cribbing from themselves. They know it and they're comfortable with it. And yeah, there's an organization dedicated to protecting the world. It's lead by a man with his own dark secrets -- Dr. Jekyll filling in for the Nick Fury role -- but it's basically S.H.I.E.L.D. with a different name. And if you knew the villain would expect to be captured and has a plan of their own then you've seen any movie in the last ten years (including this one).

Sure, too, the movie isn't always as well acted as it could be. Tom Cruise is great in many roles. Those roles are usually as "Tom Cruise" and they generally allow him to be smarmy and run around a lot (usually with a gun in his hand). He's miscast in this movie playing someone despicable without any kind of heart of gold, someone out for himself. Tom seems a little lost playing the character and you're never sure if you should be rooting for him or not. The same could also be said for Russel Crowe -- he never exudes any reason you should trust his character so when he says or does anything that makes you doubt his motives you end up thinking, "wait, is the mummy the heroine of this film?" I wouldn't blame the writers for this since different actors could easily have given their characters warmth or humanity or something so that you were like, "okay, yeah, I get this guy."

In the end I was rooting for the mummy... but then I always root for the monsters. I've seen enough of these flicks (having watched just about everything Universal and Hammer has ever put out) that I hope once, just once, the monster will win. It helps that, as with many of the great monsters of cinema, Sofia Boutella's mummy is well acted and genuinely seems like a menace. She's capable of making her mummy scary and I liked it. 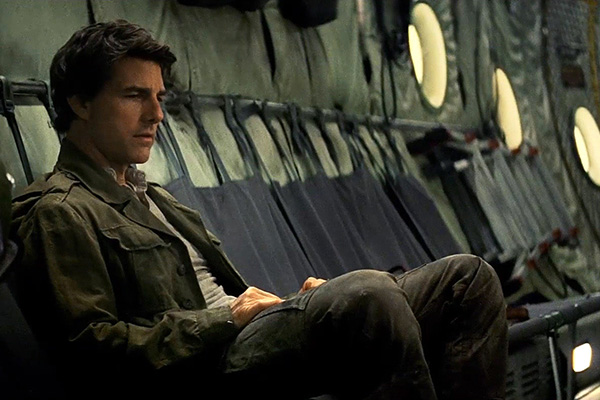 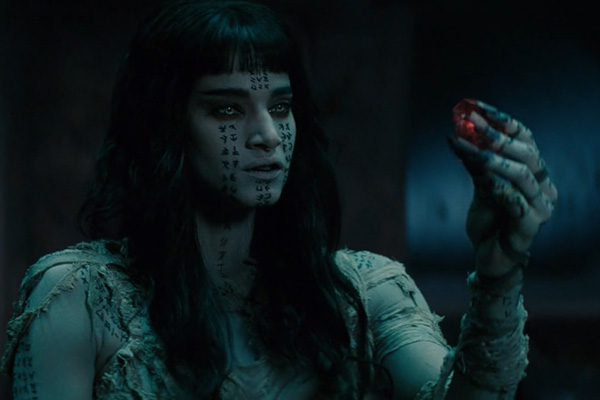 Not that the movie itself is all that scary -- none of the Universal movies ever really were; they were always just creepy. This being a movie made in 2017, too, there's more CGI than practical effects around which, for me, does tend to ruin the scares as well. Still, the movie has ambiance and style and I dug that.

Maybe I'm just beaten down by all the crappy horror movies I've watched (sometimes repeatedly) for this site. Whatever the case, I enjoyed Mummy 2017. It could have been better, sure, but it also could have been a hell of a lot worse. When it comes to monster movies I'll take "it could have been worse" any day of the week.