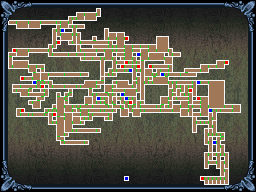 How? Well, the developer, LagoLunatic, would have the more detailed information on that, of course, but suffice it to say that Konami and then series producer Koji Igarashi decided to build all three DS games on the same base engine (naturally making upgrades along the way, of course). This allowed developer LagoLunatic to make a randomizer that could function across all three titles (separately, of course, as a combo-rando for the games would be insane) and produce an awesome, randomized experience for each title, just the way the players would want.

Frankly, this is a staggering achievement in and of itself, but the fact that the randomizers are all fully playable, with fantastic features and a constant replayability, speaks a lot to the care that LagoLunatic (and their co-developers) have put into this game. While the DS titles might not be as beloved as some of the earlier entries in the series (there's a larger community together for the Aria of Sorrow Randomizer, for example), this randomizer does a lot to showcase their strengths, entertainment, and replayability.

The randomizer itself is fully featured, offering just about ever option you could think of. Naturally, item randomization is in the rando, shuffling not just the items scattered around the games (and drawing from the secret unlockable items as well) but also the drops from enemies. On that front, each of the games has their own drop tables shuffled for their spells (Souls, Spells, Combo Maneuvers, and Glyphs, depending on the game you're playing). That alone can change up how the games will play and the directions the players will be able to go simply from what they have access to and what abilities they can use, seed to seed. 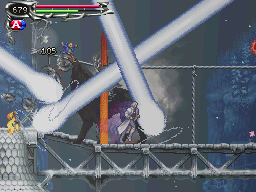 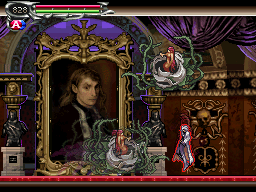 Along with these basic randomizations, you can even turn on more features. DSVania features a full and robust map randomizer, changing up all the locations and zones of the games. In the case of Dawn of Sorrow (which arguably has the simplest map of the three games), this leads to a large and randomize single location, Celia's Castle, where the castle wanders and shifts in directions you wouldn't expect from the base game.

The map randomization gets much more interesting in the latter games. For Portrait of Ruin, your starting position can be in any of the locations of the game (so you don't just automatically start in Dracula's Castle). Beyond that, though, the various portraits leading to the other zones can be anywhere, even within other portraits. The map, thankfully, keeps track of where all of these paintings are, and the teleportation system is linked between all the unlocked zones (not just within a single painting), making navigating the game much easier than it could be. It's a fantastic way to handle this game and its randomization.

Order of Ecclesia has its own, interesting twist on location randomization. The game was the first to have any kind of navigable overworld, with multiple locations scattered around for the heroine to travel to. That remains, but instead of locking locations away the entire overworld is open to the players. You can head into an end-game location and go up against a selection of hugely difficult enemies, or try to work through early areas and slowly grind yourself up. A very creative way to handle this game and it's own quirky layout.

Of course, you can make the games easier or harder on yourself. The difficulty can be ratcheted, of course, but you can also turn on shuffled enemies and even bosses in each of the games. This can get pretty wretched, especially in the latter games with all the bonus bosses included in those titles, so turning on these features certainly is recommended only for experienced players looking to up the challenge. 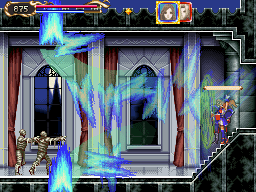 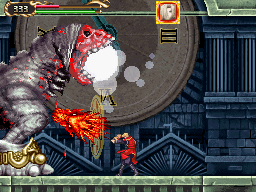 And this doesn't even cover all the features you can turn on, as there are all kinds of little options and aesthetic changes you can make. Want to play with randomized hero sprites, or change up the music that plays in each zone, or even have the game randomize all the dialogue in each of the games? It's totally possible with this randomizer. Not everything will lead to a perfect experience (not all the heroes have sprites to cover all the actions in any game, so somethings won't seam perfectly), but overall the robust number of options leads to a fun and dynamic experience that hardly feels like the same, stale old games.

The best part is that these randomizers play really well. Despite all the options you can turn on, all the ways you can shuffle and randomize the games, the underlying logic handles it all with aplomb. The randomizer very rarely hitches at all or throws out any errors, leading to a smooth, seamless experience 99 percent of the time. And considering how well all three of these games played, being the finest evolutions of the Metroidvania formula under IGA's direction, the randomizer plays silky smooth. This is probably the best Castlevania randomizer right now, and the fact that it covers three games in the series is simply awesome.

Honestly, while I loved Dawn of Sorrow, the formula for the games was starting to wear thin for by the time Portrait, and even more so for Ecclesia, came out. The solution seemed to be "let's just add more locations and more to do" which certainly stretched out the experience but hardly improved it. That's part of the reason it took me so long to come around to this randomizer, all because two of the three games here weren't that high on my list of titles in the series.

The randomizer, though, breathes new life into all three of these titles. Better, it actually crafts a more enjoyable experience for the latter two titles. Where I didn't really care that much about the adventures of Johnathan or Charlotte or Shanoa, I found myself thoroughly enjoying their randomized quests. Yes there are silly moments in each (especially with randomized dialogue turned on), and there are times where you get a weapon way too early and can suddenly wander around like a living tank, but that's always the fun of the randomizer experience. 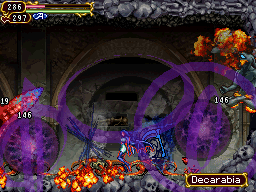 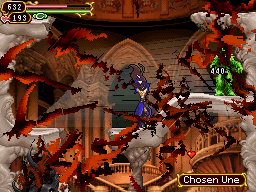 The best thing that can be said for the DSVania randomizer is that it makes me want to play all three of these games. Considering my original feelings for that titles, that's a massive feat. If you enjoy this series (which, you're on this website so clearly you do) you owe it to yourself to play this randomizer. It's the best version of these games, by a long shot.