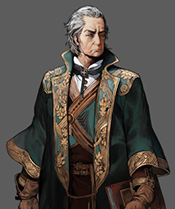 By the time Castlevania: Order of Ecclesia was released, many of the tropes of the series had been well established. If there's some new character introduced who's a friend of the hero, you can bet they'll probably end up betraying you (such as Maxim in Harmony of Dissonance) or straight up becoming the villain (Mathias in Lament of Innocence). It makes sense from a writing perspective, a narrative shortcut the designers can take to have a twist in the middle of the game without introducing too many characters.

Thus, when Albus betrays our hero, Shanoa at the start of Order of Eccelsia, we're hardly even surprised. And though the game wants us to think that's the only twist in store, we Castlevania fans were already wise to that game. We were well aware that another character, Ecclesia leader Barlowe, was waiting in the wings and, more than likely, would betray us as well. And then he does. Because of course.

Taken on its own the plotline works. Certainly the betrayal of a hero by her teacher/master has a poetic ring to it. It's just we, as fans, can only see some many of these twists before accepting them as par for the course (see also the works of M. Night Shyamalan). Sorry, Barlowe, but your twist just didn't work this time around.

After Dracula's defeat in 1797 AD (see the events of Symphony of the Night, the Belmont clan, the protectors of Romania (and through it, the world) disappeared. A void was left, and into that void stepped Barlowe. Openly he founded Ecclesia, an dorganization dedicated to stopping the eventual resurrection of Dracula. Within the halls of Ecclesia Barlowe sealed Dracula's corpse and, to all outside observers, went about researching a way to destroy Dracula's seemingly impervious corpse, riding the world of his evil permanently. 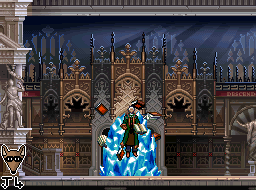 Secretly, though, Barlowe was an agent of Dracula's, the Dark Lord's chosen protector. Barlowe's research wasn't to find a way to stop Dracula but a way to resurrect the vampire early. While he researched, and trained new accolites (like Shanoa and Albus, two of his top students), Barlowe went about crafting Dominus, a powerful magic glyph that could harness Dracula's essence. His goal was to have Shanoa use the Dominus glyph, sacrificing herself in a ritual to the body of Dracula, thus empowering the demon and resurrecting him to spread his evil, once more, across the land.

What Barlowe didn't expect was for his other student, Albus, to break up the ceremony mid-way through. Albus, realizing what Barlowe was truly up to, stole the Dominus glyph and ran off. His actions, though wiped Shanoa's memory, leaving her a walking husk of her former self. Left without much alternative, sent Shanoa out into the world to try and track down Albus and retrieve the glyph. Meanwhile, barlowe would stay behind to plot and scheme and restart the ceremony.

Eventually, Shanoa came back to Ecclesia. While she did have all three parts of Dominus, her mind had been turned against Barlowe, the truth revealed to her. The two battled fiercely, with Shanoa coming out the victor. With his last breath, Barlowe threw himself onto Dracula's corpse, giving his blood and soul to ther Dark Lord, ensuring Dracula's resurrection. Barlowe exited life thinking he had won, although he couldn't have known that Shanoa would go on to battle against the newly reusrrected vampire lord, sending him back to his grave once more.

The good ending of Order of Ecclesia has Shanoa fight Barlowe. However, if the player instead doesn't save all the villagers in nearby Wygol Village (a side quest the player can engage in), Shanoa won't have the complete story about Barlowe. Going back to him at this point with all the Dominus glyphs will cause Shanoa to case the spell, sacrificing herself to raise the demon lord (and this time without anyone to stop him). THis would, of course, be the bad ending.

Barlowe has a limited selection of glyphs he'll use in his fight. His primary attacks are to dash across the screen, throing electricity off, crashing into Shanoa to cause damage. He'll also try to freeze the floor (which, if Shanoa is on the ground, will freeze her, too), following this up with thrown lightning at the prone hero. He'll also summon fiery, homing projectiles that he'll throw at the hero. Finally, once his health gets low, he'll start teleporting around the room in an attempt to physically attack Shanoa.

The trick to is to watch for the tells for his attack and learn how to dodge. Pattern memorization, and good reflexes, will make this an easy battle.

It is assumed that Barlowe is named for Kurt Barlowe, the vampire lord from Stephen King's Salem's Lot. This is as likely a reference as any, although the fact that Kurt was a vampire whereas Barlowe is a human servant to Dracula does make us question if this was actually the case (or is just fan speculation after the fact).