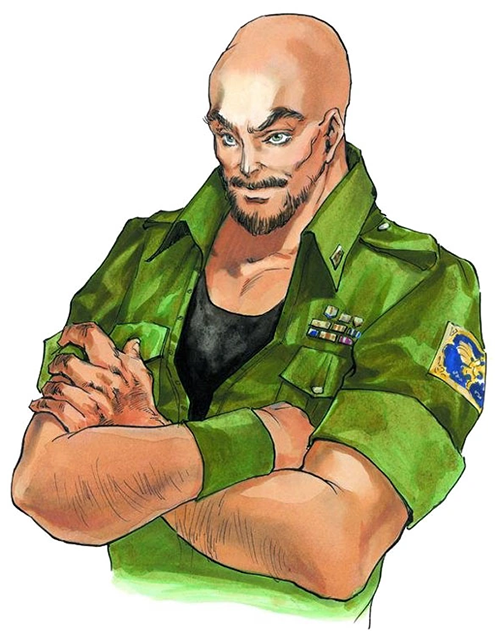 As the Castlevania grew and expanded it started to take on the trapping of RPG games. This could be seen early in the series, with Vampire Killer and Castlevania II: Simon's Quest, two early entries in the Metroidvania side of the series. IN these games, various shopkeepers would sell you items, granting you new objects to help your further your quest.

The shopkeeps, though, remained largely nameless, just one of a dozen NPCs that would lurk in the game, providing helpful tools but not quite becoming real characters. That changed in Castlevania: Symphony of the Night with the inclusion of the Librarian. Suddenly we had a central hub for shopping, one with a bit of wit and soul. The problem was that the Librarian was greedy and wouldn't buy anything from you, all he did was sell and sell.

Enter Hammer, our stalwart soldier who ventured into the Eclipse at the heart of Castlevania: Aria of Sorrow and, instead of wanting to battle evil, decided to open a shop to aid the game's hero, Soma Cruz. Like the librarian, Hammer had style, a charming personality to go along with all his wares. But he was also willing to buy from you, marking the next solid evolution for the series. Now there was a point in collecting items because, even if you couldn't use them you could certainly sell them, making money you could use on useful items.

Thanks, Hammer. You made the game a lot more fun to explore and provided solid benefits in the process. 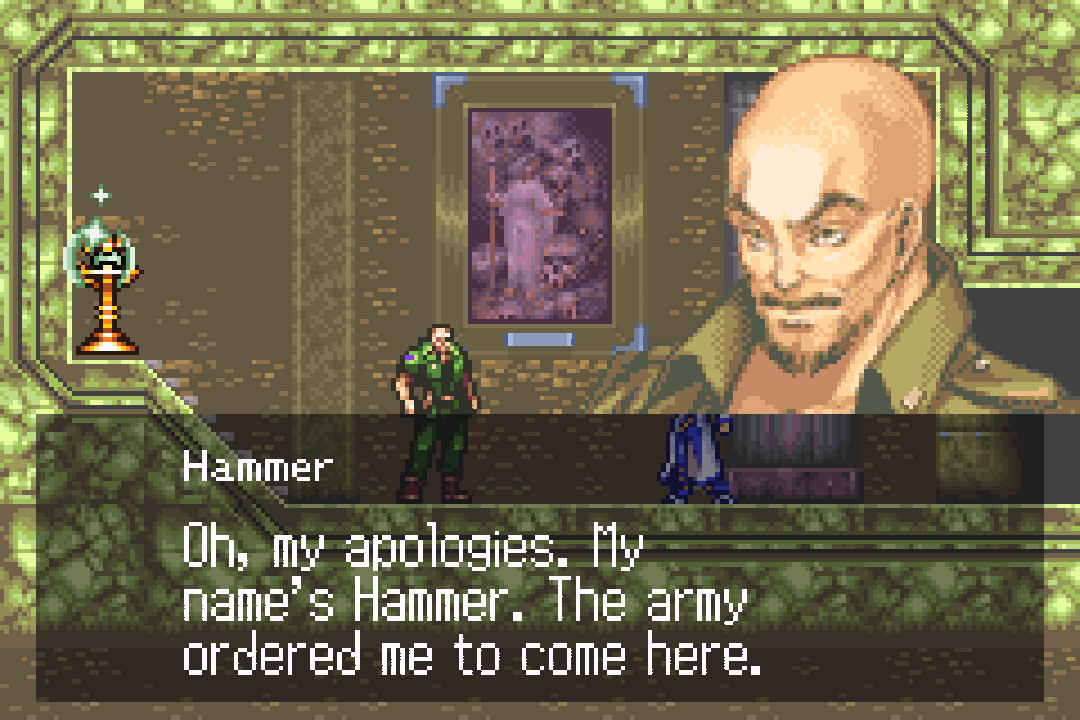 A solider with the U.S. military, Hammer was sent to the Hakuba Shrine to investigate the recent (as of 2035 AD) rumors of followers of Dracula congregating in the region. Knowing full well that Dracula could be brought back with the right magic, Hammer was sent in to stop it from happening, whatever it took. SO when the Eclipse appeared and sucked all the people nearby into its magic -- not just Hammer, but also college students Soma Cruz and Mina Hakuba, Church associate Yoko Belnades, and mysterious man Genya Arikado -- Hammer was plunked into the middle of another adventure.

The thing was, thought, that Hammer didn't have much interest in being a soldier anymore. He'd gotten tired of the stress, the danger, the constant worry. He'd already been thinking of making this is last mission before he got sucked into a tale of magic and demons. This resolve was only increased when he got trapped in the castle's Study, stuck behind a giant automaton, the Great Armor, that he couldn't defeat. It was only when Soma showed up and defeated the beast that Hammer was freed, and at that moment he made up his mind: he was quitting the life of a soldier.

Going back to the Entrance of the castle, Hammer setup a little stall. He'd collected plenty of weapons, armor, and items over the years and, at his booth, he could sell his wares while he waited for Soma to free them all from the castle. He acted as a reliable source of goods, while buying whatever Soma no longer needed in the process. This ensured Soma could explore the castle safely. As a bonus, since Mina, Soma's friend, couldn't go adventuring as well, Hammer was there to keep an eye on her, just in case. 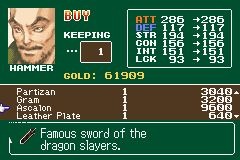 And, when Soma finally defeated the evil at the center of the castle, Chaos, that released the magic of the castle, freeing all of them. Outside, as the castle finally crumbled (presumably for good), Hammer and the other heroes gathered to share a hearty congratulations before going their separate ways.

It's be theorized that Hammer could be named for the production comapny, Hammer Films, which made a number of classic horror films in the 1950s, 1960s, and 1970s. Considering their movies were referenced all the way back in the original Castlevania, such as with the credit for "Christopher Bee" (Christopher Lee played Dracula in almost all appearances of the character in the Hammer series), this does seem like a solid, iff unproven, suposition.

A year later, Hammer had heard rumors of a new castle that had been built by acolytes of Dracula. In a chance encounter with Soma, one that saw the young man once again attacked by demons and sucked into an adventure against the forces of Darkness, Hammer confessed the location of this castle, leading Soma to it so the hero could stop the evil within. Hammer had already left the military at this point, choosing the life of a shopkeep over that over a soldier, and his mind was set. He wouldn't fight in this battle. 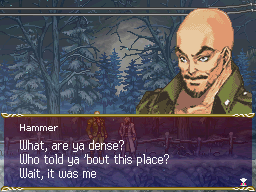 But he would aid Soma once again. Setting up shop in the Lost Village at the entrance to the castle, interestingly right nearby the location where Yoko would setup her own magic shop to aid Soma, Hammer once again provided goods and service for Soma. IN this way he continued to help the forces of good against evil, even if he didn't take an active hand in the battle himself.

Although the main game sees Soma defeat the followers of Dracula and, eventually, taking out the evil at the heart of the castle, the demonic amalgam Menace, there is an alternate mode in the game. If you fail to save Soma's soul, letting him drift to the side of darkness, then three heroes -- the vampire hunter Julius Belmont, along with Yoko Belnades and Alucard -- will band together to take on Soma and stop his own evil from taking over the world.

As has been observed here (and elsewhere), this mode of the game plays a lot like Castlevania III: Dracula's Curse, which was clearly the intention. You have the vampire hunter, the sorceress, and Alucard. The only thing that was missing was some kind of Grant analogue. Interestingly, audio and graphic files in Dawn of Sorrow indicate that there had been plans for Hammer, potentially to make him into the fourth character to fill in that Grant-shaped hole in the party. For whatever reason, though, Hammer's larger plans were scrapped and the game was released without.

Sadly this would be a recurring theme for Hammer. Later, in the multiplayer Online fest Castlevania: Harmony of Despair, Hammer was slated to be made into a playable character. However, with the last release for that game, Getsu Fuma was put in and Konami declared no further updates would be made, leave Hammer once again on the sidelines. And then, again, Hammer was slated to appear as an assist summon in Castlevania: Grimoire of Souls, but the game was later canceled before whatever chapter that would have featured Hammer was released. Poor Hammer.