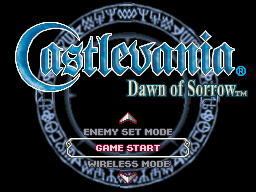 Generally speaking there are a number of rom-hacks that I unlikely to review for this site. Plenty of hacks simply change the colors, or a single character, or insert some alternate music to a game. Those feel less like full games (which is the experience I want to review here) and more like mini-patches to the game. "Oh look, it's Trevor Belmont instead of Simon in Castlevania II. Yep... that sums that up exactly." There are a ton of these hacks and there's little to discuss with these mini-mods.

That being said, sometimes these mods to rise above a simple fix and make enough adjustments to the game to be worth of discussion. Castlevania: Dawn of Sorrow - Definitive Edition+ is such a pack, a collection of two hacks (one hack, and then a patch for that hack) to tackles Castlevania: Dawn of Sorrow and makes it into a game the fans wanted all along. It gets enough right, and does enough work, that i wanted to highlight all that it does.

Let's be clear: Dawn of Sorrow isn't a bad game at all. When I say that this hack "turns it into a game the fans wanted" that's not to slander the original DS title. I rather enjoy that game, both in its standard mode and its expanded "Julius Mode". It's a fan game that builds off its predecessor, Castlevania: Aria of Sorrow, to make a fun sequel that's worth going back to from time to time.

That being said, the game is not without its flaws. It was an early Nintendo DS title, coming out soon after that console's release, and as such it does have some annoying DS features in it. You know the ones: the touch screen Magic Seals and the Balore Blocks. Along with that there were some buggy features that weren't quite implemented right. The Luck stat, for instance, is as bugged here as it was in the Game Boy Advance titles (meaning it doesn't really work at all, and certainly not as intended), while the Alucard Sword is impossible to get without glitches. And then there's the art which ditched the anime style of previous games. All of that, including the portrait art, is fixed in the Definitive Edition. 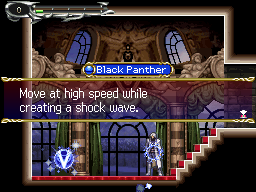 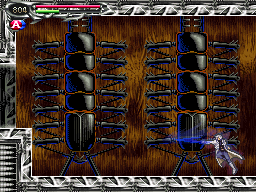 Honestly, the removal of the touch screen controls is worth it all on its own. I get that the Nintendo DS was new and every company wanted to find a way to work the special features of the console into their games. Some games do benefit from touch controls, but those are generally titles built from the ground up around those concepts. A traditional Castlevania game doesn't need touch screen controls. They feel like a gimmick, something tacked on because the hardware is new and shiny. There's a reason these features didn't return in later games on the DS and, frankly, I really wish Konami had put out a re-release that removed the touch controls. This hack fixes this perfectly.

There are other tweaks that I think do aid this hack a lot. If you're trying to get the Chaos Ring while one hundred percent completing the game you'd find it impossible after making all the weapon fusions because three souls in the game -- Gergoth, Death, and Abaddon -- are one-time only souls on a single play-through. To get a true completionist run you had to play the game twice-through which was pretty annoying, but thankfully this hack adds soul canisters to the boss rooms so you can perform the weapon fusions and then recollect the boss souls after.

And speaking of souls, let's talk Black Panther. This souls was in Aria of Sorrow, attained in the Castle Keep, and while it came late in the game you had enough time to enjoy running around with super-speed before you hit the end-game. Not so in original Dawn as the Black Panther enemy didn't show up until almost the end of the game, in the final zone. You'd have to grind to get it and then you'd barely have any time with it before the game was over. This hack, though, thankfully puts a copy of the Black Panther soul in a similar spot to Aria, making it much more useful.

The other additions to the game are more mundane and less interesting. Buffing the Luck is nice but it's one of those changes that really only feels like an incremental improvement. Sure, the drop rate is a little faster but having full-cleared the game before, I didn't think the drop rate was that bad originally. Meanwhile, the "restored" character portraits are fine but I wasn't one of those people that really hated the new art style of the game. If you did, this probably seems like a nice inclusion, but I could take it or leave it. 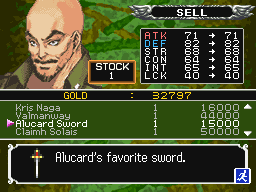 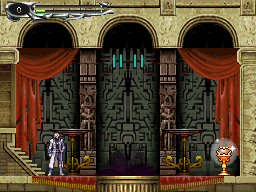 And then we have the "Plus Pack" for the Definitive Edition. This one makes further adjustments based on earlier and later games, smoothing out the transition from Aria of Sorrow into the later games, Portrait of Ruin and Order of Ecclesia. This includes fixing enemy names, adjusting weapons and items, tweaking descriptions, and much more. It even includes fixes for "Julius Mode", making all three characters in that mode play better and look much cooler.

This is one of those hacks that doesn't feel revelatory at first blush. However, once you get it installed and working, you'll realize just how nice it is to have all the fixes, tweaks, and improvements. I find it hard to go back to normal Dawn of Sorrow having played this "Definitive Edition". Give it a try and I bet you'll feel the same.