There have been a few times, over the years, where fans of the Metroid series have declared the franchise as "dead". These times coincide with periods where Nintendo leaves the series fallow, supposedly (as per the fans) ignoring the series while the company works on other franchises (Castlevania fans are all too familiar with this recently). Eventually, though, Nintendo comes back once more with a burst of games for the franchise to keep their fans happy. Samus returns (and sometimes she Returns), and the fans rejoice, at least for a little while (and at least until they get their hands on the games and gripe about something else for a while).

Such was the situation in the early 2000s when, after the release of Super Metroid, Nintendo effectively left the series without any major entries for eight years. Sure, Samus had shown up as cameos in games like Super Mario RPG and Galactic Pinball, as well being a playable character in the Super Smash Bros. series (from the first game in that franchise on), but fans desired a new adventure with their favorite bounty-hunting heroine. Then, all at once, Nintendo released both Metroid Fusion and Metroid Prime essentially on the same day.

While Metroid Fusion was an expected game in the series, a continuation of Samus's story and a direct sequel to Super Metroid, Metroid Prime was a different beast. Instead of the usual 2D exploration adventure fans were used to, Prime was a fully 3D shooter. Fans viewed this new entry with trepidation wondering what Nintendo (and 2nd party studio, Retro) were doing "ruining" their favorite franchise by making it into a cruddy "Doom clone". Once the game came out, though, and the fans got to play the title, they realized the brilliance of Prime.

Yes, Metroid Prime is a shooter. Yes, you do play the role of Samus from a 3D perspective, and the emphasis is more on run-and-gun game play than on platforming. And, sure, it takes a little getting used to the game play if you're expecting a traditional Metroid title. But, at it's core, Metroid Prime is still a Metroid game. The emphasis is still on exploring, finding hidden paths and power-ups, and eventually being powerful enough to take on the end boss and flee the planet. It's still Metroid no matter how it might play or from what perspective the adventure is viewed. 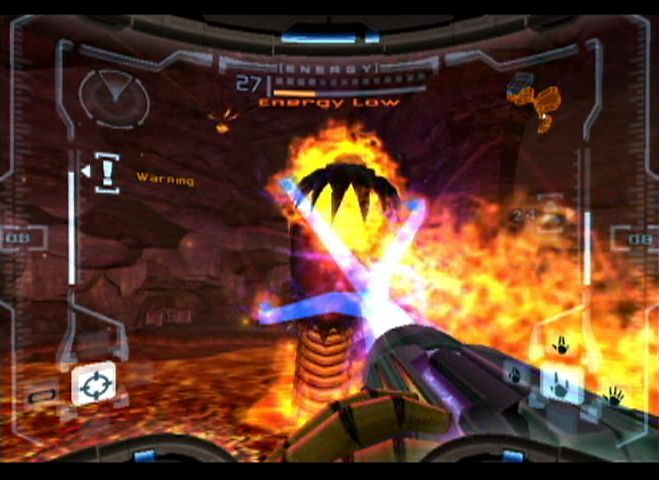 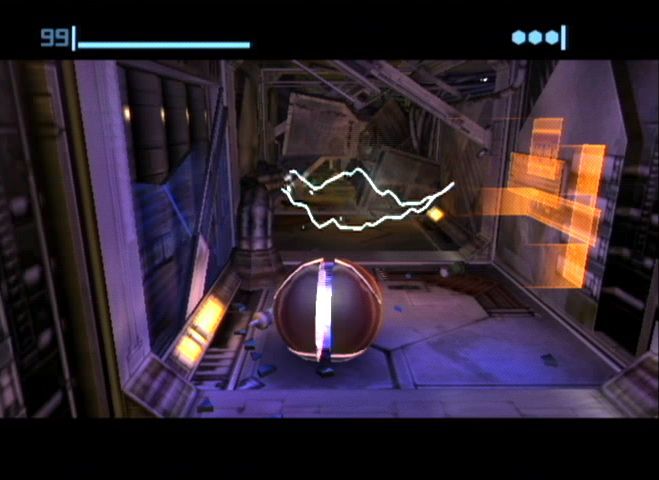 Picking up soon after the events of the first Metroid, Prime serves as the first in a series of interquels between the first game and its original sequel, Metroid II: Return of Samus. Called to a remote sector of space, Samus's ship is forced to crash on Tallon IV, once a home world for the Chozo. There she finds the Space Pirates, ever her eternal scourge, digging into the planet to mine a rare mineral, Phazon, to power some new super-weapon. In the process of exploring the planet, Samus discovers more about the Chozo, an ancient evil on the planet, and the power of Phazon itself.

Despite taking place between Metroid and Metroid II, the game definitely takes inspiration from later games in the series, equipping Samus with a number of special beams, powerful missile upgrades, power bombs, and additional abilities to aid her quest. Samus in this game is has, perhaps, more abilities than in just about any other entry in the series (save for Super Metroid and all it's secret Easter egg abilities you could use if you knew what you were doing).

The story of the game, though, is more akin to Metroid Fusion -- although there isn't an ever-present watchdog keeping an eye on your progress, there is still a guidance system telling you where to go and helpfully hinting at things to do. Exploration is still up to you, but the game is much more linear than some games in the series. If anything, Prime finds a way to tread the line between almost no story (like the early entries in the series) and an abundance of story (such as in Fusion) and make it feel balanced.

The more linear, focused path is a plus in my book. Prime is a big game with sprawling, 3D areas to explore such that you could easily get lost (or, at the very least, heavily distracted). If there wasn't some direction to the game, you could easily spend hours trying to figure out where to go and what to do. With the aid off the 3D map, and the guidance points available to send Samus to where she's needed next on the planet, the game is able to focus you and aid you on your quest through this new world. 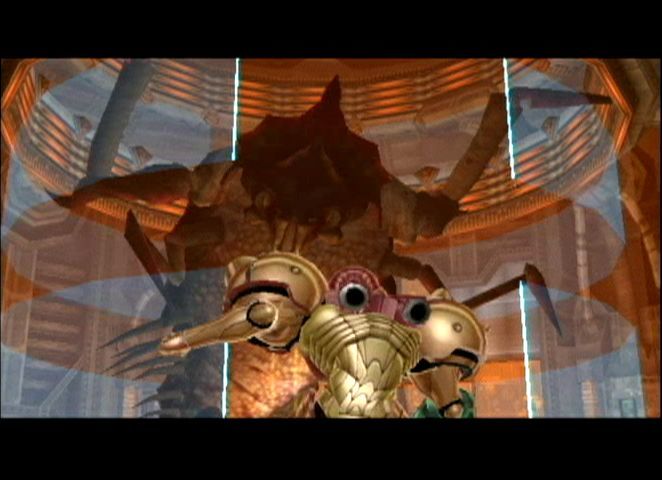 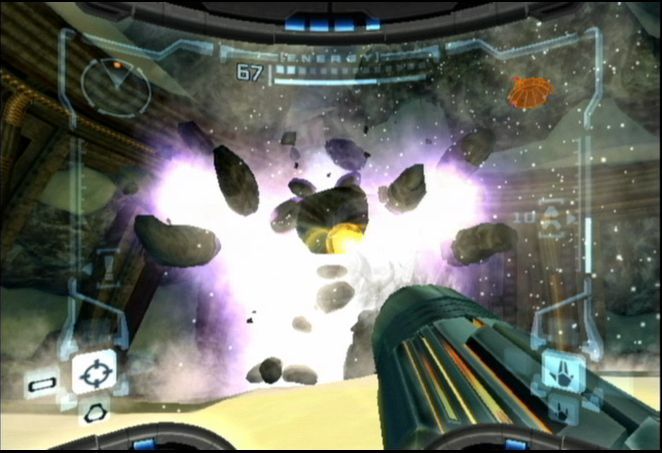 Admittedly, there may be a bit more back-and-forth tracking across the map than needed (the third time you have to cross the main hub to get back to where you need to go again does wear on you), and the game does seem to love making you revisit areas time and again. Overall, though, the experience is focused and well directed. There's enough secrets and hidden paths in the game to keep you exploring (and taking notes on where to come back for items) so fans of the open nature of the series should be happy with this title, but it still manages to keep you moving forward, focused on your path, and your eventual goal. As a first entry in a 3D version of the series, I think Prime finds the right balance.

To balance it further, the exploration isn't a delight. Especially for its generation, and the system it's on, Metroid Prime is silky-smooth in its game play Samus runs, rolls, and guns with nary a hitch and you're never once stuck in a spot with enemies wailing you without you being able to handle them just as quickly. It's clear that Retro play-tested the hell out of this game to work out the kinks, getting it operating smoothing on the hardware because this is a game that feels tight and responsive despite being on Nintendo's chunky purple box.

On top of that, the game is more than just a 3D shooter as Retro did include platforming sections. Despite how hard platforming in a 3D game can be normally, it works well here. Platforming is a big part of the Metroid formula and if the game had ditched that completely it wouldn't have felt like a Metroid title. For the most part Retro balances things well, never making you over do the platforming while still sprinkling it in to add spice and zest. The jump and move sections of the game are well designed, well plotted, and fairly easy to navigate. Platforming in 3D shooters is often frustrating, but Retro clearly learned from other games that tried it and came up with a platforming engine that worked.

Even better were the morph ball sections of the game. The transition from inside Samus's helmet to the morph ball (and then back) works so well and feels so natural it becomes second nature. The morph ball physics in this game are absolutely awesome; rolling around in ball form is one of the highlights of the game, never getting old or tired. while making you appreciate how silky the whole experience really is. It sounds weird to go from 3D shooting from inside a helmet to rolling around as a ball, but there's not hitch here; you just do it. 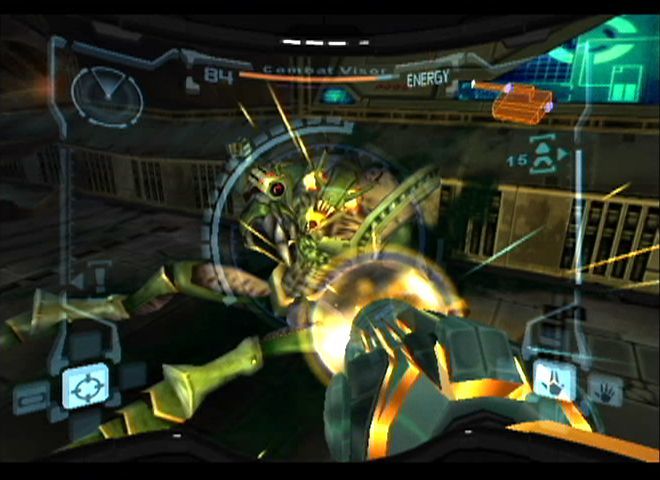 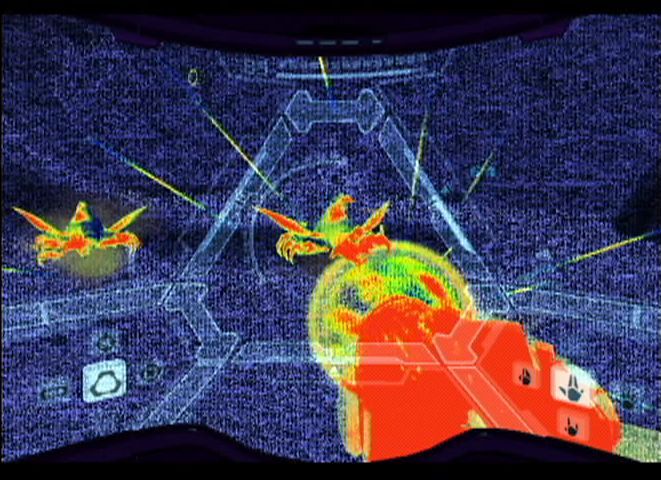 Really, in just about every way Retro Studios put together about as good of a 3D Metroid game as anyone could have expected (and so much better than a later game in the series, Metroid: Other M). The game does have its minor flaws, sure, but as a first attempt at making the impossible, Retro knocked this one clear out of the park. Metroid Prime is a game that not only proved Samus could work in the third dimension, it's a title that redefined what a Metroid game could be. There's a reason why half the games in the series, now, are "Prime" titles.

Metroid Prime had two remakes, although one of the two is a remake essentially only in name. The first, and oddest of the two, was Metroid Prime Pinball, a retelling of the original game that was also, yes, a pinball game. Although an amusing novelty, the game did not set the world on fire (which probably explains while game two and three in the series did not also get the pinball remake treatment).

Later, after the release of Metroid Prime 3: Corruption, all three games (original Metroid Prime included) were packaged into the Metroid Prime Trilogy collection for the Nintendo Wii. The first and second games in the trilogy were upgraded with a 16:9 aspect ratio as well as improved graphical effects, shorter loading times, and Wiimote-based control scheme. Of course, the Wii was essentially a GameCube-plus for its hardware so the games didn't look that different. The wider aspect ratio and changed control scheme were cheered by the fans, though, making this collection a must-buy for many Wii owners.