The Metroid series has gone through something of an evolution over the years. The first game, due as much to the limitations of the system hardware as anything else, saw a silent heroine battling through waves of aliens in a free-form, non-linear adventure all to save the galaxy. While the next two games played around with the mechanics some (and, in the case of Metroid II: Return of Samus, added a little more linearity to the non-linear adventure) they all maintained the basics aspects of the series: a densely packed world to explore, countless secrets to find, and a silent heroine taking it all in.

With the one-two punch of Metroid Fusion and Metroid Prime, the series changes to that formula. Fusion was essentially a sequel to Metroid II and it doubled down on the linear aspects of that game, adding on a detailed story that forced series heroine Samus Aran down a tightly plotted path that, for much of the game, didn't really allow for divergence or sequence breaks (mainstays of the series up until them). We also got into Samus's head, hearing her thoughts, a first for the series that, previous, liked to keep the heroine at arm's length, a tough and silent woman who was there to do a job and get out once her mission was over.

Prime, meanwhile, was a 3D shooter that blended the base Metroid elements into a different perspective of play. While linear in some respects (the game would point out where you should go, as was the case in Fusion), it felt like a more traditional Metroid experience in all but the 3D game play. The way it was built you actually easily got into the shooter aspects because, somehow, it still felt like Metroid at its core.

After Prime the series struggled to find something new to say with the series. Some diversions (like Metroid Prime Pinball and Metroid Prime Hunters) were interesting experiments but not really Metroid through and through, while the rest of the time the series focused on the "mainline" Prime entries, iterating but not truly innovating. The fans clamored for a return to form for the series, something new that felt like a classic game. Instead, though, Nintendo gave us Metroid: Other M and game that... well, wasn't a return to anything we'd seen before. 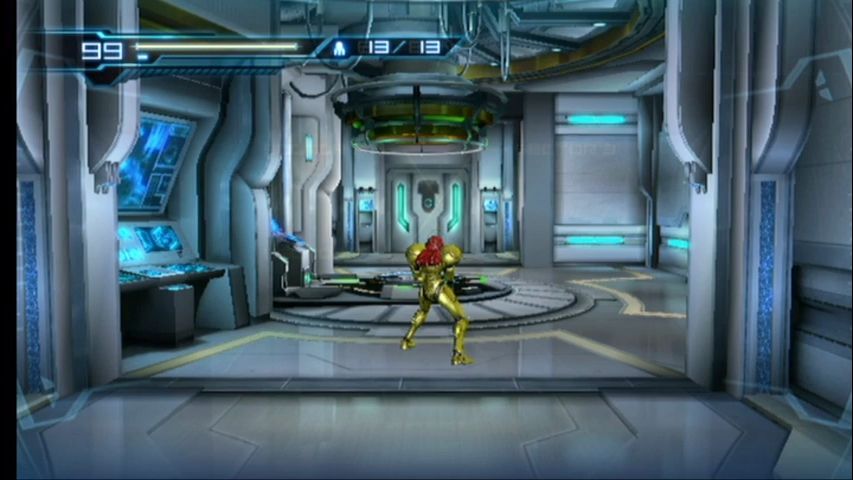 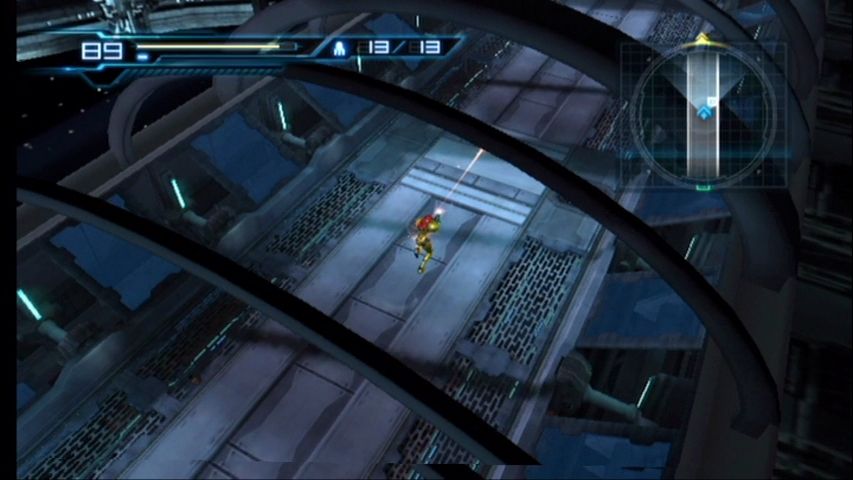 Generally considered to be the worst Metroid game (at least until the 3DS game, Metroid Prime: Federation Force), Metroid: Other M (titled Metoroido Aza Emu in Japan) was reviled by fans even while it was praised by critics. I'd argue that both reactions are fair: from a certain perspective Other M does have the qualities of a decent, if not good, game, but there are so many issues, confounding choices in the story and game play, that make you question what Nintendo, developer Team Ninja, and director Yoshio Sakamoto were thinking.

When you first boot up the game, well... it's hard to say you won't notice the problems. If you only start with game play, then, the game seems decent enough early on. Samus, as is normal, starts with only a small compliment of abilities -- arm canon, morph ball, and eventually some missiles. She can jump, move, dodge, and do special power attacks, all from a fixed angle per room. Everything is done from an over-the-shoulder view, making this a 3rd person 3D adventure, unlike Metroid Prime's first person view. The fixed camera view point does take a little getting used to, especially when paired with the Wiimote controls, but all-in-all the game does feel fairly tight and responsive in its basic form.

The Wiimote controls are a tad odd if you've played Prime, though, just because you don't use the analog stick at all; that nunchuck you got, set it aside because Other M hearkens back to the classic days of the NES and you'll be playing this just with a Wiimote, on its side, and the D-pad as your means of moving Samus. It's an odd choice considering the nunchuck is right there and provides better, more responsive movement than a D-pad. And it's even weirder still when you realize there are sections of the game where you have to go into a first-person mode to do specific shooting sections and these places would absolutely benefit from the tight control of an analog stick. I have absolutely no clue why they made this decision at all as it goes counter to all control schemes designed since the Nintendo 64.

That said, the developers do go out of their way to try and make the limited movement options work. The camera is fixed, obviously, so you always know the orientation of your controls and can easily move Samus around with the D-pad. Additionally, all the rooms of the game are built for easy, D-pad controls with obvious forward/back/left/right hallways. The lock-on mechanics for battle, too, are very forgiving since you don't have as much control as you should over your shots. The developers made a weird control choice but they worked with it as best as they could, all things considered. 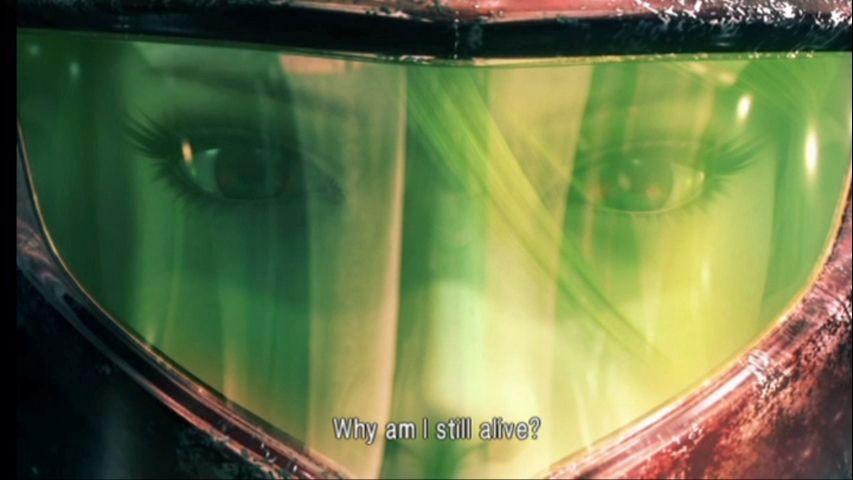 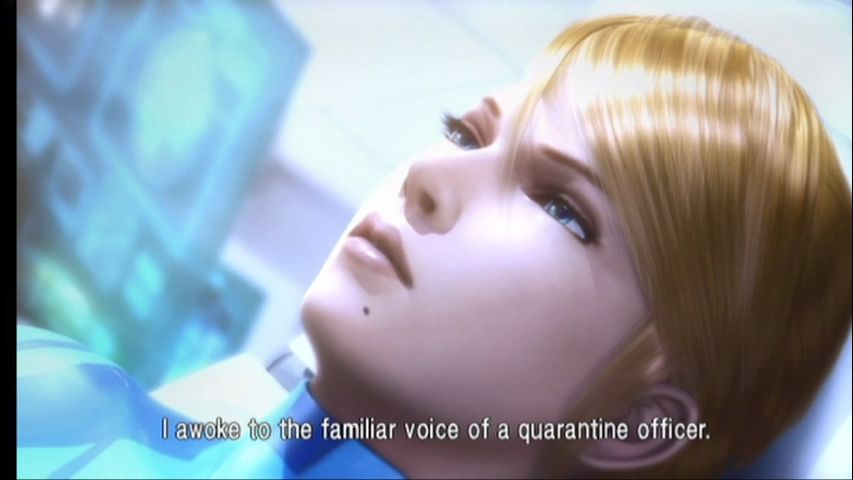 It's only when you really get into the game that it starts to reveal how much the developers didn't understand what they were doing. For starters, this is probably one of the most empty and utterly hollow "worlds" Samus has had to explore. In comparison to Zebes or SR-388 or Tallon IV, all of which were densely packed with rooms, paths, and nooks and crannies, Other M is largely devoid of all of that. You'll get into a zone, be shown the map, and then you follow the linear progression of rooms until you get to the next nav station, get the next set of maps, and repeat. There might be the occasional little nook, or an item loose somewhere else, but these are largely open, empty rooms with just you and some creatures. The nonlinear experience of the series is utterly and completely gone here.

Not that you really need to go exploring for anything if you don't want to (beyond a couple of missile expansions and an E-tank or two) and that's because Samus starts with all her gear right off the bat (she just can't use it yet). This game takes place between Super Metroid and Metroid Fusion and Samus still has her whole load out (minus all her missiles, power bombs, and E-tanks, for some reason) from the previous title. Stupidly, though, she's just not immediately allowed to use it. Why, you might ask, would our heroine be barred from using items she has on her? Well, that gets into the biggest issue the game has: the plot.

For purists, the idea of a plot in a Metroid game goes against everything they want or desire. Sure, Samus always has a mission, but that's generally it; there's hardly any in-game story, especially in the beloved early titles, and even the later games that had plot tended to keep it to minimal snippets at best. The collective fandom pitched a fit over the amount of story included in Metroid Fusion, and that barely amounted to more than a few of screens of text. Here, though, the game goes all-in on a story, giving not only a long A-plot but also detailing Samus's back story, and, boy, is it awful.

Have you ever wanted to see Samus depicted as a shy and submissive, doe-eyed girl that would do anything for her commanding officer/father figure? No? Well then you're going to have some serious issues with the story here. Samus, for whatever reason, joins up with a crew of Galactic Marines as they investigate what's going on in a science station, the Bottle Ship. At the scene of the incident, Samus runs into Adam, her old commander, and while he lets her join their crew he forces her to follow his orders and that includes turning off all her gear until he authorizes her to use it. Yes, the hard-as-nails, bad-ass bounty hunter we've seen in countless games before this, the woman that will go solo into any mission, kick ass and take names, lets someone boss her around for a good ten hours or so of game play. It's galling, frankly, because it's a version of the character we never needed or wanted. 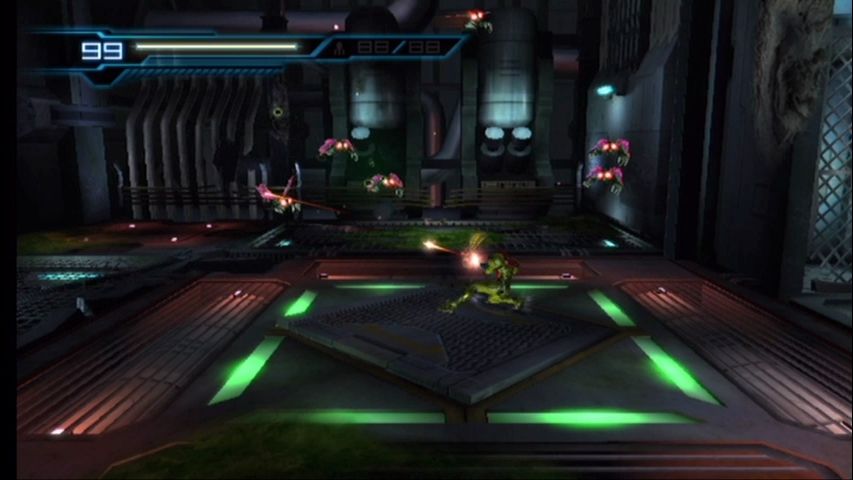 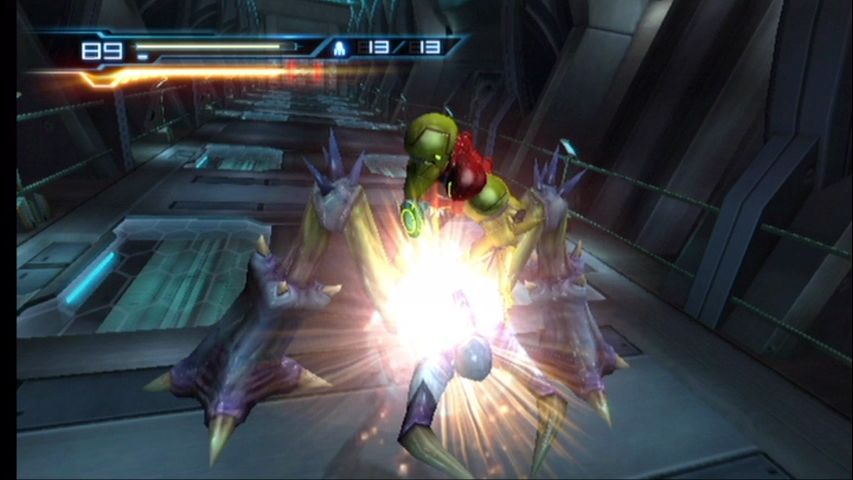 Every game limits Samus in some way, mind you, but the way this game does it is just misogynistic. "Samus, you've already gone on countless missions and have handled yourself admirably, and while we realize you are, in no way, under the authority of the Galactic command, we order you to be a good girl and turn off all your gear because you might shoot yourself and break a nail." That's how it plays, and Samus just goes along with it. If she fought back at all that would be one thing, but instead she is like, "yes, sir, thank you, daddy," and then rest of the audience is utterly and completely creeped out by it.

The thing is, if they wanted to limit her and still have her be Samus, there were any number of ways they could do it. The one I thought up just now was to have her get a call from her friend (and old Army buddy) Adam who asks if the military R&D branch can take a look at her suit to see if they can replicate her tech. She grudgingly agrees, lending the suit to the Bottle Ship scientists but she has to be there the whole time in case something goes wrong. And then something goes wrong, monsters attack, and her suit is broken into pieces, the parts scattered to the winds of the world. Then she has to go and find all her tech again while protecting the idiotic Army guys at the base. Same basic idea but now Samus is both in control and the only one smart enough to realize she's a powerful warrior goddess and they all need to get the hell out of her way.

Plus, frankly, what commanding officer would say, "you are an amazing warrior but we want you hobbled while we're on this dangerous world." It makes no sense. Nothing about the story of this game makes sense, and while you can skip the cut-scenes after the first time through the game (as that unlocks for future play-throughs and speed-runs) you can't skip the stupid gating system the game uses for all of Samus's tech. It's utterly stupid.

I try to like every game I play, to find reasons why this game might have actually been good if audiences had just be receptive. In short bursts, without the story of the game intruding or Adam opening his big mouth, I can actually get what the designers were going for. Those moments, though, are fleeting at best and then the game has to get in its way again and be utterly and completely stupid. There are worse games out there, in general, but when it comes to the Metroid series, Other M is certainly scraping the bottom of the barrel (if it's not past it, lodged somewhere in the soil underneath).