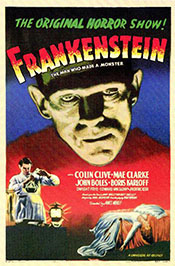 Hey, have you heard the one about that mad Dr. Frankenstein. He was famous for stealing dead bodies and stitching their various parts together. He then infused them with electricity from a thunderstorm and brought the flesh golem to life. But the creature wasn't smart, barely more than a child in a huge man's body. It could barely understand anything and, when one of the lab assistants tortured the creature, it went mad and started killing people.

There are a lot of Frankenstein productions out there, some only tangentially related to the original story by Mary Shelly (and a few Frankenstein movies in name only). And yet, of all the films, most people still hold the Universal 1931 film as the pinnacle, for good reason: this is just a really well crafted movie. It's not perfect, by a long shot, but for a movie about the mad doctor and his creature/monster, it gets so much right.

Before we can discuss anything else, we have to first touch upon the monster itself. This is Boris Karloff's most famous role, as it should be. Karloff is the monster here. When you see the big, hulking creature you don't see a guy in makeup. This is a performance that's hardly equaled by anything else in the whole series of Universal films, the standard against which every other one of the monsters is compared (to their own detriment). About the only other monster as convincing in the whole Universal series is Imhotep in the first of the Universal Mummy films... which was also Karloff.

Clearly Universal just needed Karloff to play every monster in all their movies. Lord knows they did try. And really, as good as the makeup is in this film, making Karloff look like a stitched together beast (the image of him what we all automatically think of when we imaging "Frankenstein's Creature"), Karloff could be an imposing figure just standing, without any makeup at all. 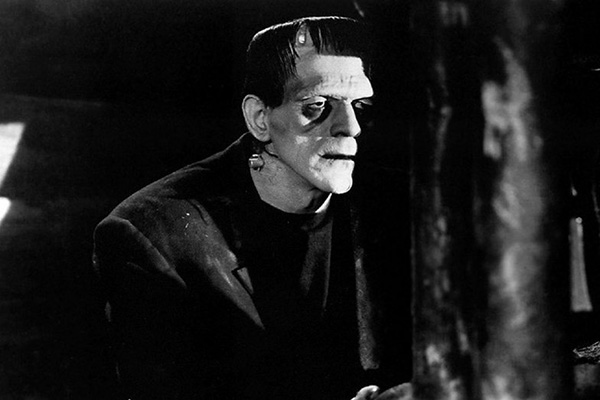 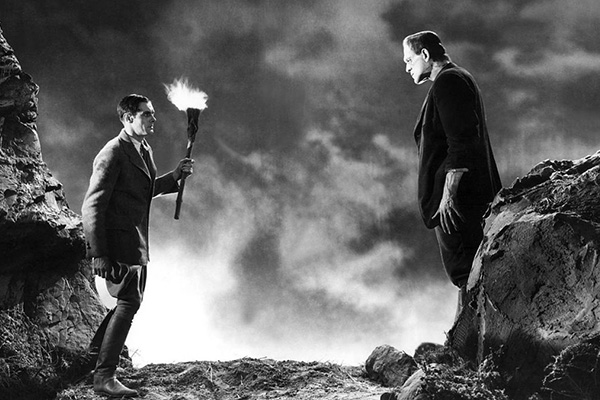 Of course, the other side of the doctor/monster equation is the Henry Frankenstein, played here by Colin Clive. I liked his performance in this movie as he was able to nail the keen madness the doctor needed without making it too hammy. It's easy to go well over the line in a performance like this which Clive thankfully avoided. Now, he's no Peter Cushing in the role (a la the Hammer Frankenstein films), but their two performances were entirely different. Clive is warm, if mad, while Cushing played the doctor as pure, cold evil. Considering the eras, each has their merits and the warmer performance Clive gave worked for the film he was in. Of all the characters, you can tell he's the most conflicted over the creature he's made, the most wanting everything to turn out all right (and not immediately calling it a monster).

Although the lead performances are great, and they certainly carry the film to the goal line, not everything is great in the film. The treatment of the creature, for one, certainly seems weird to these modern eyes. From the instant he creature comes to life, Frankenstein's assistant, Fritz, abuses the shit out of him. When the monster then snaps and kills Fritz, everyone blames the monster. Fritz had it coming, no question. Then the monster, of course, breaks out, kills people that are trying to hurt it, and kills other people because he doesn't understand what's going on. The creature is trying to learn, it's barely more than a newborn really, and all it gets is attacked. When the end comes and everyone in the village is cheering, you're left going, "this is supposed to be a happy ending?"

But then, maybe that's all down to Karloff, too. He makes you care about the creature, so much more than just about any other actor in the film (save Clive). The rest of the cast is fine, if not really special. The best of them is Mae Clark as the doctor's fiancee, Elizabeth. She managed to seem genuinely in love with the doctor, having honest chemistry with him. No one else, though, is memorable (and a number of their characters are left out entirely from the direct sequel, so plainly it's not just me and no one else cared about them either). 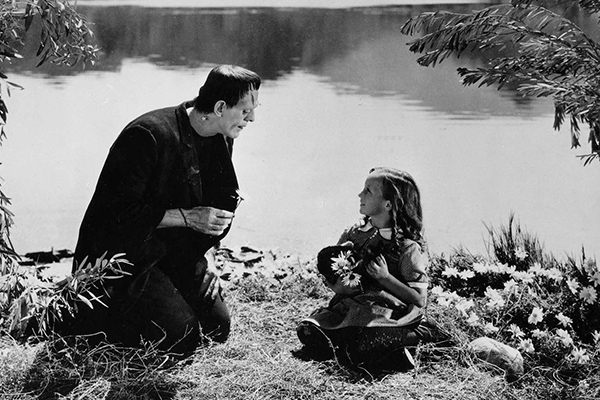 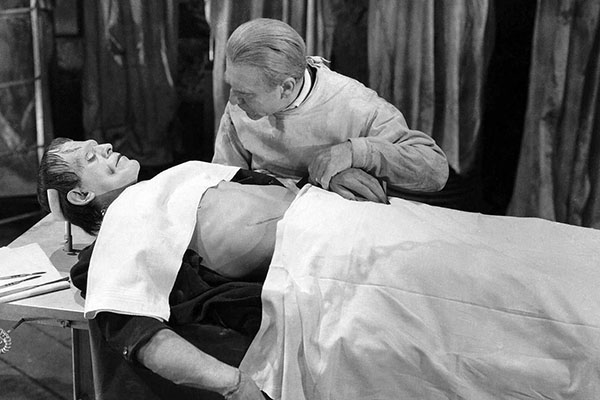 As much as I did like the makeup of the monster, the rest of the effects don't hold up now. Most of the sets feel very "stagey", less like real places and more like studio back-lots done up with cardboard and fabric. There are a number of nighttime scenes where the character walk in front of the sky and you can see the ripples in the backdrop fabric. Other scenes, like a climactic fight have obvious compositing lines around the characters (and at least one instance of an obvious limp dummy being thrown out of a building). Sure, we can chalk this up to the time period it was made in, but now, when watching the film, these flaws pull you out of the movie.

Still, it's hard to find a better version of the story. Once Karloff takes the screen, any issues you have with the film drift to the background while you watch his fantastic performance. And in this case, a fantastic monster is all you need for a fantastic movie.