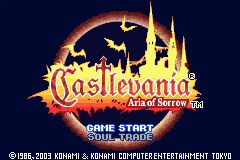 It's not often that randomizers get sequels. Yes, there are sometimes competing randomizers, various games having different devs tackle their content in different ways, but more often than not a dev will follow their project through to completion and then, if more work is needed, either they'll do it themselves or keep an eye on the project while other approved hands take the reins. Sequels, randomizers getting follow up works that change the game while the original mode sticks around, aren't common at all and, honestly, this may be the first time I've ever seen one out in the wild.

Enter fusecv, another prolific developer, who took up the Item Randomizer and put in the work of expanding it out. Where the original game was a fairly simple randomizer, shuffling all the souls among all the various enemies in the game (and changing up which souls were required to get into the end game), the new Aria of Sorrow Randomizer 2 changes everything. If the original randomizer felt pretty basic, this new version makes it a wild and crazy new ride, start to finish.

The first upgrade, but also the most basic, is that the new Randomizer 2, makes the end game progression easier to understand and work with. Where the original randomizer maintained the original text of the Soul Books (which pulled its monster explanations from the in-game most data), the new randomizer changes the book text. Now it simply tells you which soul you need (and which enemy that soul drops from, if you haven't found it already in a soul jar in the game). This actually makes the end game so much easier to parse and stops a lot of players from going in to the castle keep with the wrong souls (just because they thought they had the right one). 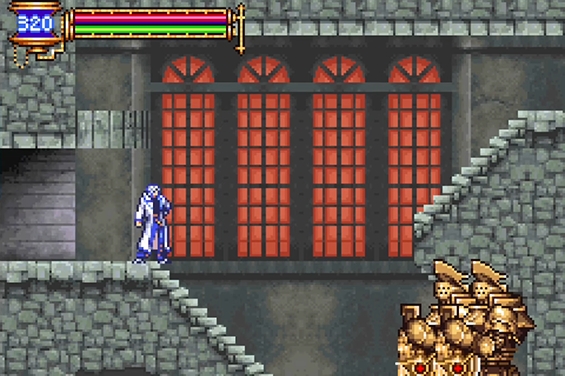 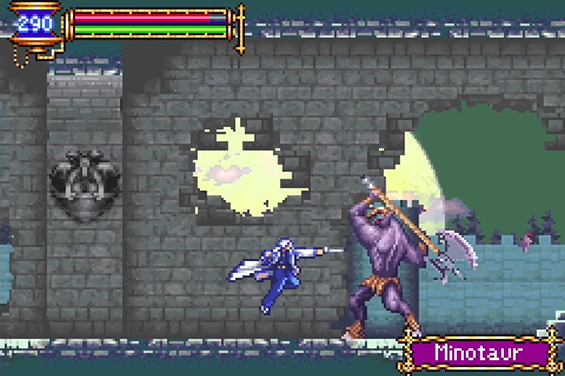 But that's just the most basic change. How about shopsanity? This changes the items in the game to have different price values, as well as randomizing what shows up in Hammer's shop at the opening area of the game. Now not only could you possibly find the best weapons and armor in the game at the shop, but you could find them for absolutely affordable prices. There are some flaws in this, like making some foods hideously expensive, but when every weapon in the game could sell for a small fortune, the economy of the game truly does balance out.

Then there's the new location shuffle option. Where the first version of the randomizer used the vanilla map and map progression of the game, the sequel changes up where the connecting doors of the game can go. Now you could leave the opening area of the game through one of its doors and end up in the final tower, or down in the Underground Cemetery. The map, when you look at it, remains the same (so you'll likely want to write notes about what doors go where) but the in-game experience is very shuffled. This is just about the best way to randomize the map, short of a true randomized castle (a la the DSVania Randomizer), and I think the compromise is really smart.

Plus you can make the experience even more random by shuffling the enemies. Yes, a true "enemizer" is now in the game, with the ability to set it so that the enemies can only scale up (as in a low level enemy would be replaced potentially by something much harder) making it that much harder (and, arguably, more interesting). Heck, turn on Max Rando with the level 1 cap (meaning your hero can never can experience that matters) and you could truly make a hellish seed for yourself (and plenty of players enjoy this kind of challenge).

Boss shuffle is also available in the game as well, although this feature is a little more limited in Update 43. The boss rooms shuffle, not the bosses themselves, which means that you could be in the Study and then walk into Legion's boss room in the cemetery. This does mean that, unlike in some other randomizers, the bosses aren't scaled -- Legion is Legion at Legion difficulty no matter where you find him -- but that just means you need to be prepared for anything when you go wandering through the castle. 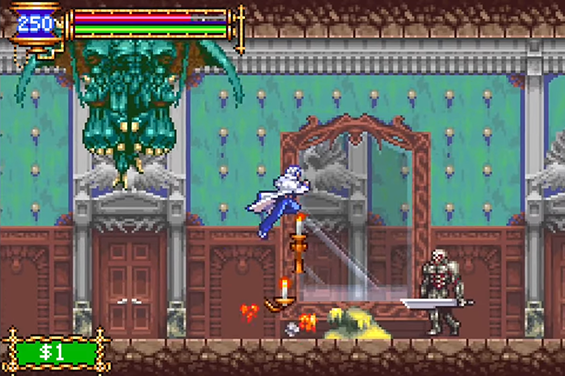 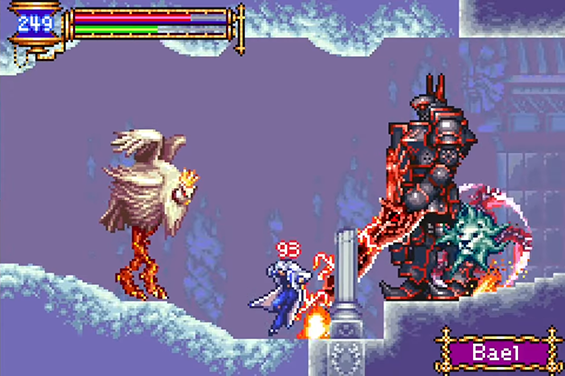 And, of course, the rando does feature the quality of life updates that are expected for a randomizer. You can add color randomization to the backgrounds, making for some very pretty and interesting new room palettes in the game. You can also shuffle the music in the game, which is something many players like to use (even if that kind of shuffling screws around with my head as I wander the castle halls). And the rando does support adding in additional patches (like enemy palette colors) if you want to take your randomization experience even further.

All around this Randomizer 2 is an upgraded experience in every way. This is the Aria of Sorrow randomizer fans were wanting for years at this point, and the devs provided. Truly, for anyone looking to play a randomized Aria experience, this randomizer provides.