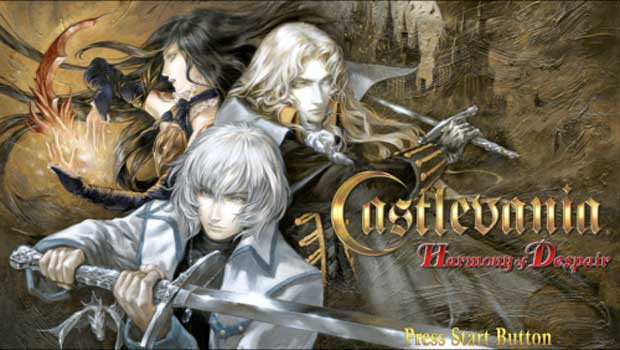 At it's core the Castlevania series is about heroes going into Dracula's castle, fighting monsters, dealing with traps and dangers, and overcoming the tough difficulty as for a chance to take out the Dark Prince. Every game in the series (with few exceptions, since Dracula almost invariably shows up in all of them) can be boiled down to this formula, and it's worked for nearly 30 years for far.

That's part of what makes Harmony of Despair a particularly interesting victory lap for the series. By this time, Koji Igarashi, was already likely leaving Konami to work on his own projects (he only released a couple of more, non-Castlevania games after Harmony of Despair with control of the main series going to Mercury Steam and Kojima Productions for the Lords of Shadow series). WHat Harmony of Dissonance does is look back at the highlights of the Igarashi tenure with the series, acting almost like a best of for his works and the Castlevania series as a whole.

Although the game can be played single-player, the meat of the game in in multiplayer. In both modes players take control of any of a selection of characters from across the series (mostly the Metroidvania titles, but a couple of 8-bit characters were available as DLC content) and guide them through six main stages (and another five DLC stages), fighting Dracula's hordes, collecting a limited amount of weapons and items, and performing a marginal amount of leveling up, all to try and be strong enough to take on the bosses at the end of each mission. Divided into 30 minute chunks, the stages provided large, expansive areas to explore while the challenge was intense enough (especially on Hard mode) to keep players interested for a while.

Harmony of Despair wasn't a perfect game, with the core of the game being a very stripped-down experience that fans of the Metroidvania games may not have liked. But as a last hurrah, a statement from Igarashi saying "this was Castlevania while I was in charge" (presumably with a mic drop afterwards), the game works.

This was Castlevania and what came after was something different...

Without a true RPG system, characters are forced to collect special powers and abilities to gain true "power". Each character will find their abilities in their own ways (Charlotte absorbes spells off of enemies leveling them up by repeated collection, while Retro Simon finds his sub-weapons in tresure chests and levels them up through use in combat). The diversity of the spells and abilities is great, although no where near as diverse, by and large, as from the various character's respective games.