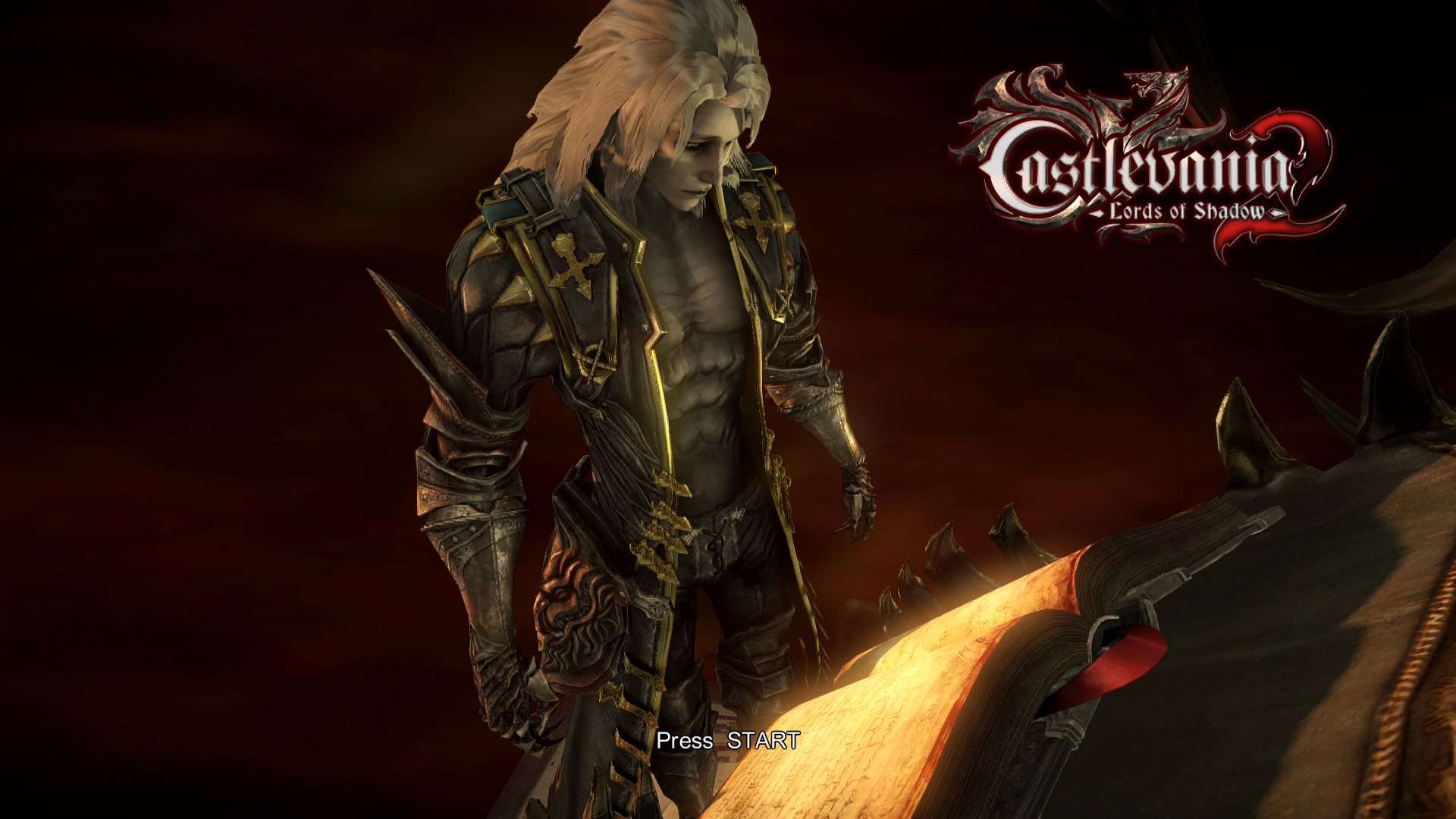 As I have made clear, I'm not a huge fan of the Castlevania: Lords of Shadow sub-series. The games themselves just don't play like I'd like, deviating so far from the play styles of Castlevania that applying the name "Castlevania" to the games feels like it's kind of a lie. Yes, there are heroes and villains named after similar characters in the main series but outside of that these games play very differently. That are, for all intents and purposes, a different game series entirely, and going into the games I've had to divorce myself from the expectations I have for Castlevania and try to find things to like about these titles based on their own merits. And, even then, I've hated them.

I know that the original Castlevania: Lords of Shadow title has its supporters, and the game did do really well on the market, becoming one of the few million sellers in the whole grand series (depending on the numbers you look at, the other million sellers were just the very first Castlevania with maybe Castlevania: Symphony of the Night included if you put an asterisk beside it). Konami had a massive hit on its hands, one engineered by the fact that Lords of Shadow was a fresh start for the series without any need to follow continuity or previous notions of the series. It attracted new players interested in a reboot while bringing in old fans to see just what had been done to the series. It was a bankable idea.

Unfortunately for Konami that trick couldn't be pulled twice. If anything, the series post-Lords of Shadow went hard in the other direction. That game was followed by two expansions that continued the story, Reverie and Resurrection, followed by a midquel portable title, Mirror of Fate, all of which players had to play to understand the whole story leading up to Lords of Shadow 2. That's a lot of buy-in for a sequel that already had to try and attract fans back now that the luster of "something new" had faded. The gambit failed and Castlevania: Lords of Shadow 2 ended up being one of the worst-selling games in the series.

That whole history lesson is provided because I was trying to figure out the reasoning behind Revelations, the one and only DLC expansion for Lords of Shadow 2. I get putting out the first expansions as that game was a surprise hit for Konami. I'm sure they expected the first game to sell well but probably not that well. However the company had to have expected the sequel would sell reasonably well so a DLC for that game was expected. What i don't understand is why this expansion, Revelations is so boring. Was it just that Konami cut their losses and tried to shove the expansion out quick so they did the bare minimum needed to get it done? I have to think that because this last Lords of Shadow DLC is absolutely lackluster. 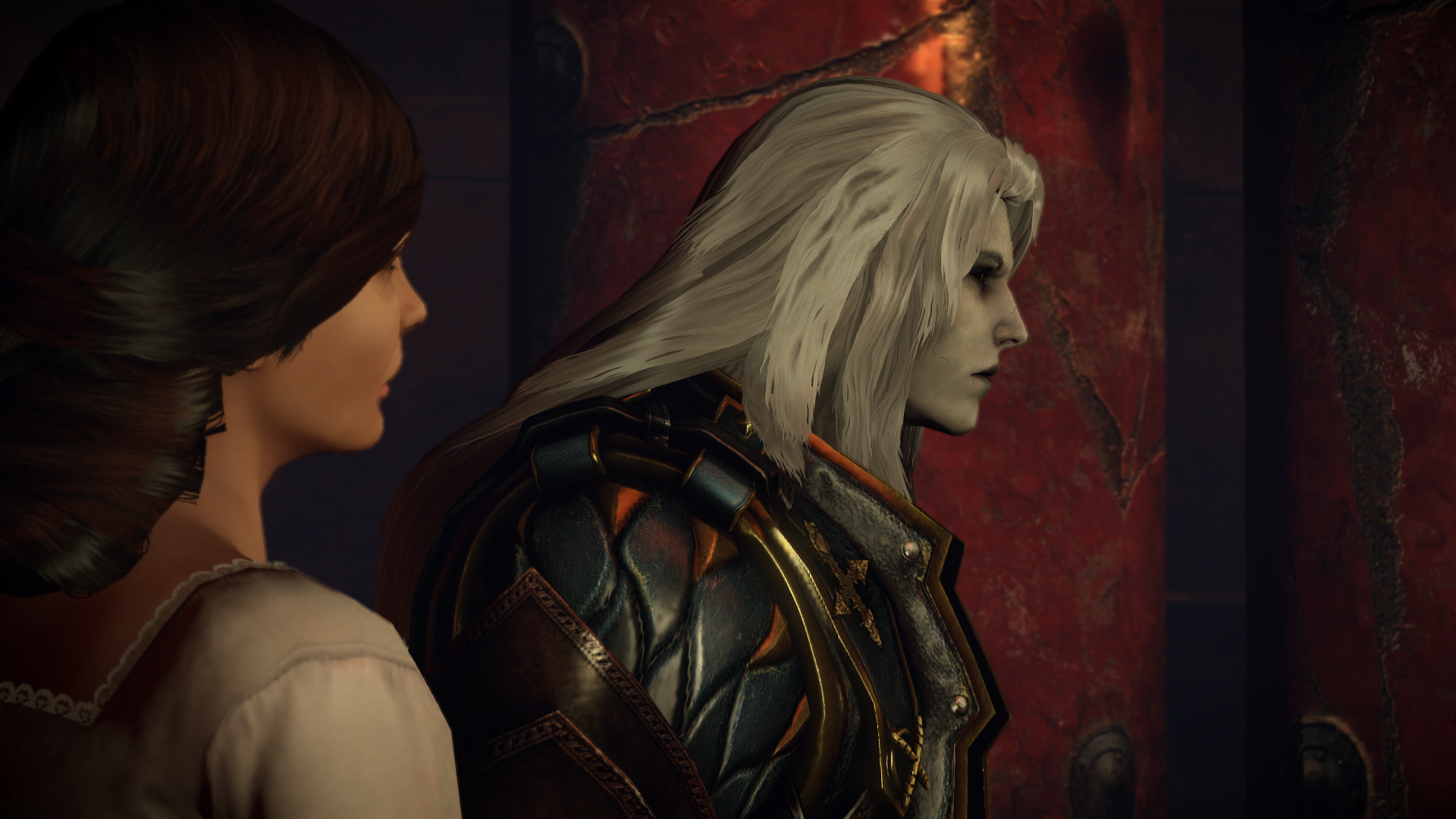 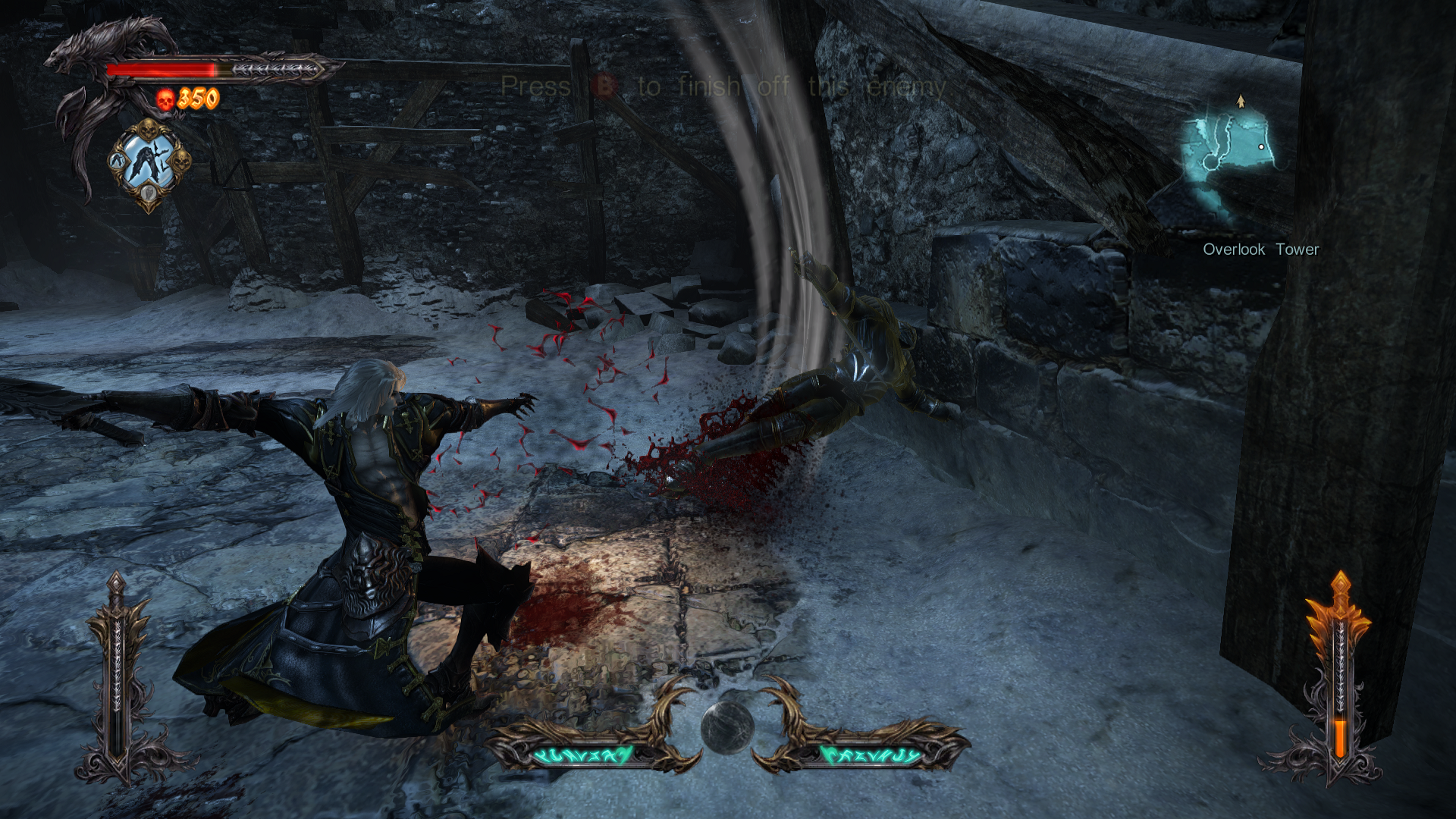 Set in the lead up o Lords of Shadow 2, we find son of Dracula, Alucard (which I suppose should also be said as son of Gabriel Belmont, Trevor) pulling the sword out of Dracula that had plunged the vampire into a 500-year-long sleep. As he waited for his father to come back, Alucard was visited by the spirit of his mother, Marie Belmont, who warned him that Dracula's castle was fighting back against the resurrection of the Dark Lord. Alucard had to go out and retrieve Dracula's weapons, the Void Sword and Chaos Claws, before the monsters of Dracula's castle used them against him. Then the relics had to be hidden elsewhere so Dracula could find them for... reasons.

In some ways this expansion is confoundingly obtuse. Alucard has to go on a mission to help his father, but not help him too much because daddy had to earn his redemption arc on his own. It's a particularly ham-handed way to try to explain what Alucard was doing before and during the events of Lords of Shadow 2 while also justifying all the fetch quests Dracula had to go on just to regain his power. And to do it Alucard has to go on other fetch quests. Ugh.

At the same time, though, what little magic Lords of Shadow 2 had is lost in this expansion. At least the big game tried, looking at ways to work in classic Castlevania ideas, and a whole Metroidvania adventure for the hero to go on, but this expansion is just so basic. It's a stripped down version of the bigger game, with a linear set of stages and barely any story at all. This is the most bare-bones adventure you could possibly expect.

I get that this adventure had to be built on top of what existed for Lords of Shadow 2, but there's so little variety here that it barely feels like you're playing anything new. Alucard dos look different from Dracula, but he plays functionally the same. Where Dracula gained his Void and Chaos powers Alucard starts with Glacius and Infernus, which work exactly the same. Dracula had to collect shards of power to increase his meters and Alucard does the same, except they're the full expansions here. Dracula regained his vampire powers over time while Alucard has all of them unlocked and they're all basically the same as before. 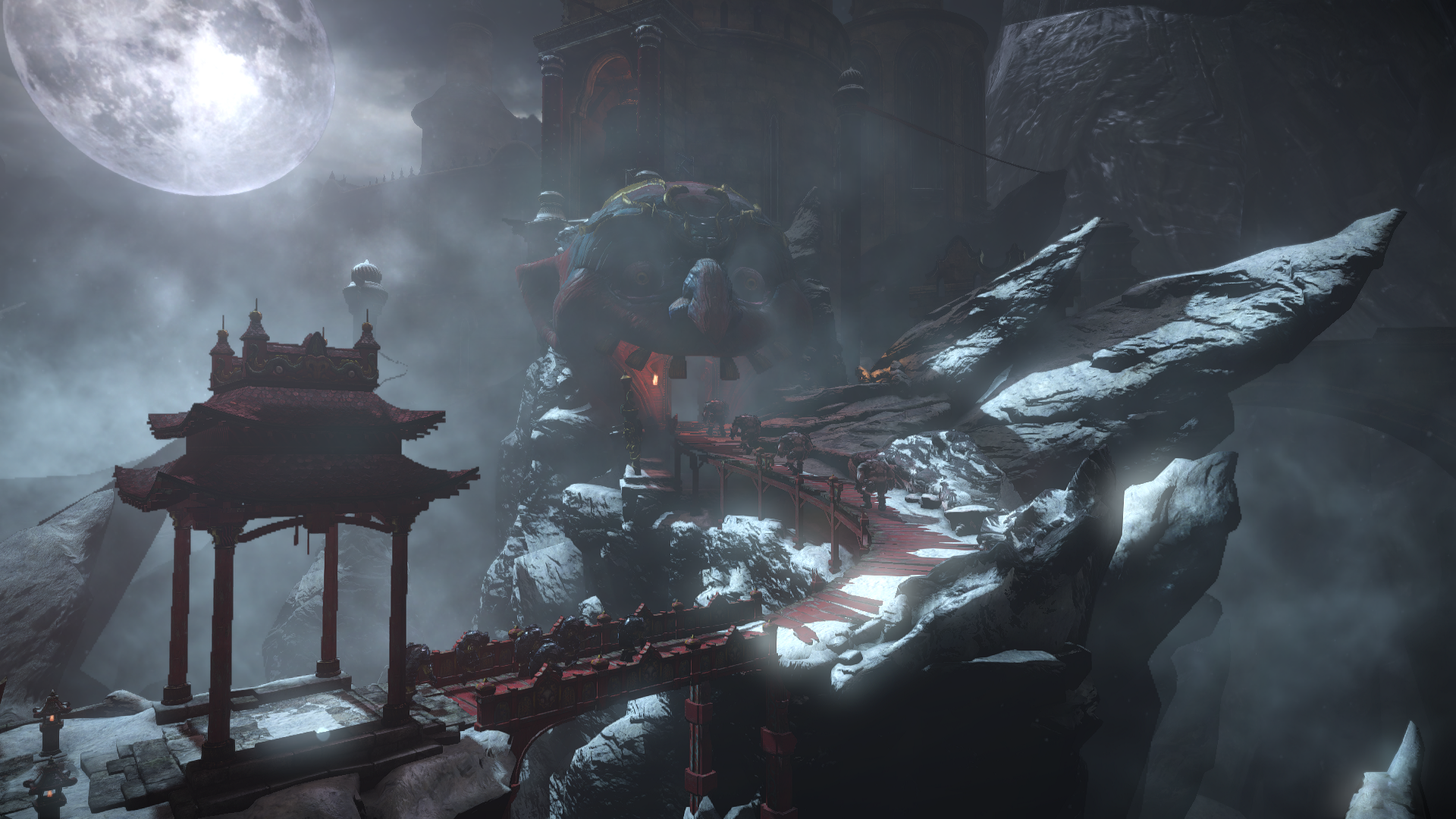 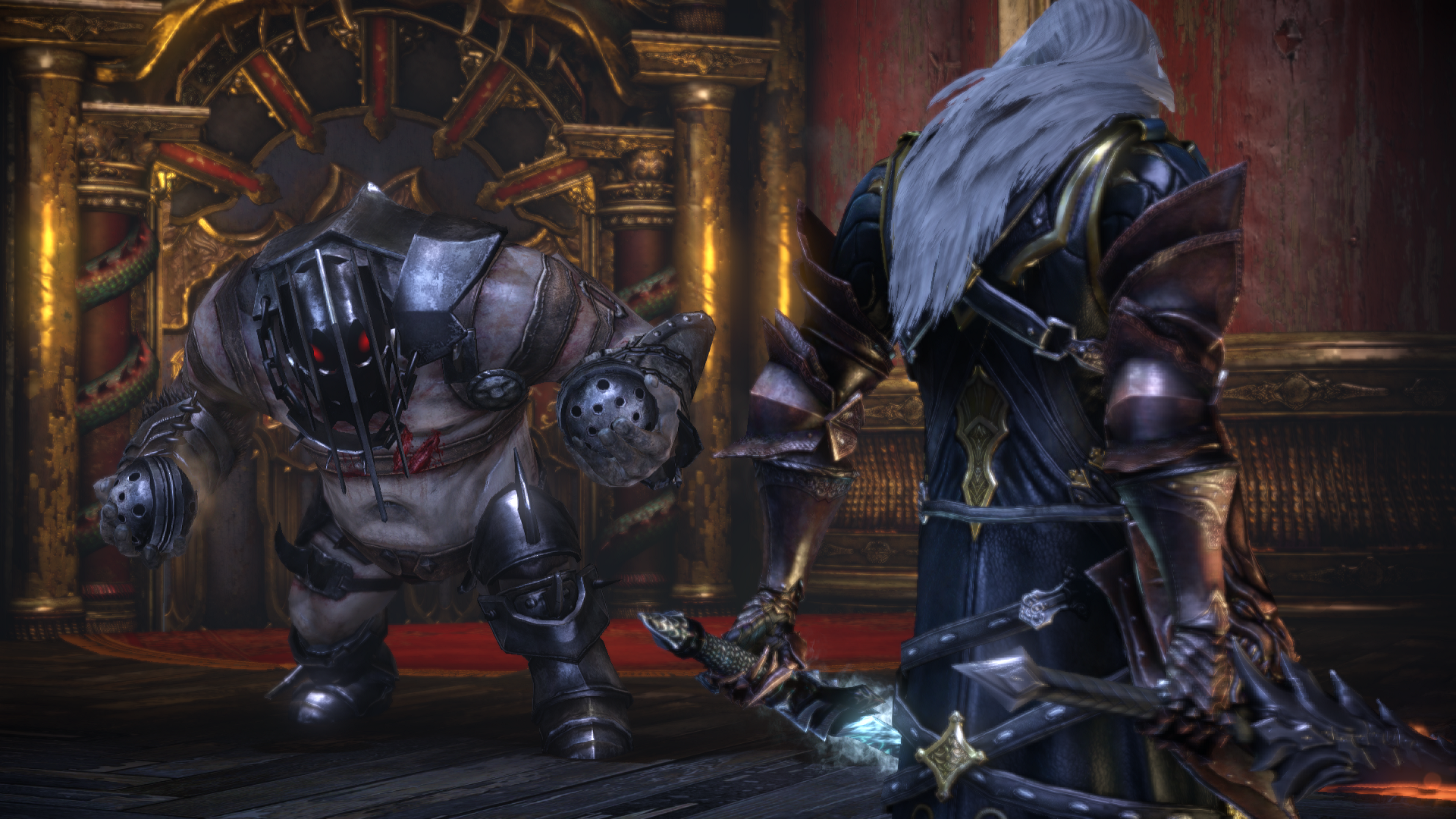 I will note that one power was added in that's different: the spirit wolf. In a nice nod to past Alucard adventures the vampire gains the ability to send out a spirit form wolf for exploration and puzzle solving. This didn't feel super different from some of Dracula's own powers -- I found that functionally it was very similar to the rat transformation for Dracula, just more basic -- but it was a nice touch. Meanwhile other powers you'd expect to transfer over, like Dracula's dominance, are missing entirely. Again, this is a very stripped down version of the larger adventure.

It's also criminally short. If you spend your time trying to collect everything and do all that the expansion has to offer you'll clear the entire thing in an hour, less if you just don't care that much. Considering the levels are all very basic, the whole story is just a series of fetches with very little connective tissue, and all the enemies are recycled from the main game, I'm not sure anyone would actively want to spend a long time in this adventure. Maybe to get your money back for paying for it but that's the only reason I can see.

All around this is a disappointing adventure to close out Lords of Shadow. In comparison to the previous expansions in this sub-series, Revelations falls very short. While we couldn't expect that the developers would completely reinvent Lords of Shadow 2 in this expansion, a little more creativity and style would have been appreciated. This is just a photocopied version of the big game just duller, drabber, and less inviting. The only "revelation" this title has to offer is the surprise that Konami expected people to actually pay for this mess.