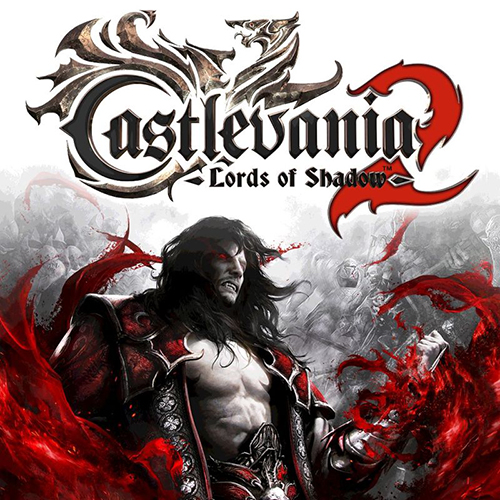 Set 500 years after the evens of the first Lords of Shadow game, this prologue picks up in Dracula's castle (which was once Bernhard castle, and will come to be called Castlevania). The Brotherhood of Light, defenders of the world against darkness and evil, storm the castle to defeat Dracula and rid the land of his power. Unfortunately for them, Dracula is more powerful than they could have expected, and their forces are defeated.

Weakened by the battle, but still sensing further troubles ahead, Dracula plans with his vampire son, Alucard (once called Trevor), on the actions they will need to take to stop the true forces of darkness in the land. With his agreement, Alucard seals Dracula in his tomb to awaken years later when the time is right...

First of all, let us all marvel at how complex and overlapping the whole timeline for this series became. The first Lords of Shadow game was pretty straight forward -- Gabriel Belmont is good, but through his quest to fight evil, becomes... well, maybe not totally evil, but a creature of darkness walking a fine line between evil and not very nice. He becomes a vampire and eventually awakens in modern times to defeat his foes and save his land from the armies of Satan. Easy enough to follow even if moving things to modern times would seem to preclude any games set along the timeline.

But then Mirror of Fate came out, and there was a whole adventure taking place at various points in the timeline when Dracula was still awake and spreading his power through the land. That adventure twisted and turned all over itself (as our attempts at putting together a timeline show), but then Lords of Shadow 2 came out, further complicating the timeline between the events of Mirror and the modern exploits hinted at in the first game. While we credit the team responsible for trying to flesh out the whole timeline, maybe they didn't need to try and cram it all into three games (and a couple of DLC packs).