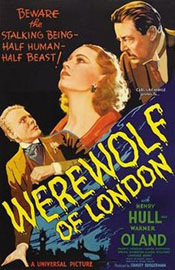 On an expedition in Tibet, botanist Dr. Glendon happens upon a cave that houses the rare mariphasa plant, a flower that only blooms in moonlight. Unfortunately, while in that cave he's also attacked, and bitten, by a savage animal. He grabs the plant and flees with his life back to London. There he gets set up in his lab to study the flower and see just how it grows.

It's not long, though, before he starts getting visits from Dr. Yogami, a weird gentleman with his own interest in the mariphasa. He warns Glendon of some vague potential dangers and says the flower is the only thing that can stop the spread of a terrible affliction. That affliction, as Glendon soon finds out, is lycanthropy. Soon Glendon is stalking the night as a werewolf and the only think that might save his life is that flower. Can he figure out a cure or while he forever be the Werewolf of London?

Honestly, this movie is so boring. For modern eyes this movie is just a slog as there's nothing really scary about it, nor is there any tension or relatable characters. It's hard to care about anyone in the movie as they're all the filthy rich nobility of London. Life for them is one dinner party after another and the rest of the time people can just idle around in their labs living on their family's money while they experiment. I mean, sure, that was Frankenstein too, but that loon is crazy and no one expects you to find him a relatable character.

That's for modern audiences, though. I have to try and look at it from the perspective of when the film came out, too, and I think in that regard it might have been effective. We're talking about rich, straight-laced, white people back in the 1930s. The thought of losing control of oneself (in this case by becoming a werewolf) probably led to a certain amount of dread from people in the audience. Glendon says, time and again, "don't let me lose control", showing his fear is not necessarily the killing itself but that he can't stop it. 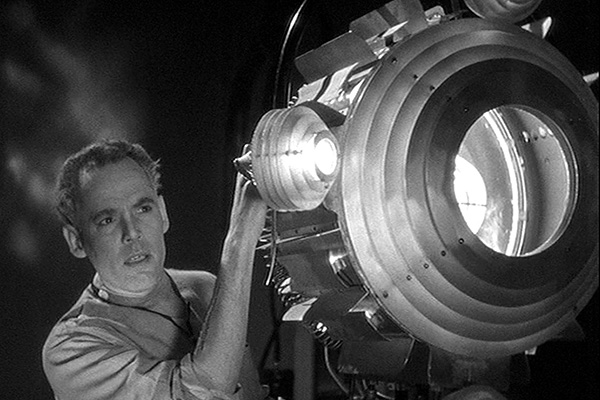 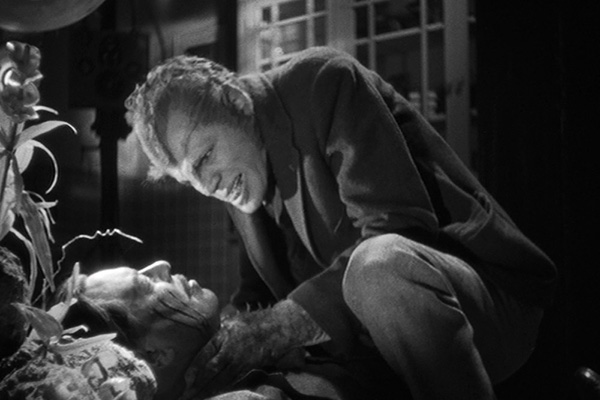 It's an interesting angle to view the movie from, but that doesn't save the picture. By and large the film is a slow-paced bore, with long stretches watching people at parties, occasionally cut with scenes of the very stoic Glendon going about his work. The scenes with the werewolf aren't even all that great, either. It was a 1930s movie so it's not like we have a lot of gore to go with her. It's just a lot of scenes of the werewolf appearing behind a woman, her screaming, and the two running off camera. Rinse and repeat.

The one thing I will credit are the special effects. The transformation to and from Glendon's werewolf form are effective (if dated by current standards). It's not the worst Wolfman-style makeup, and Hull certainly does a decent job playing the animalistic Glendon for this scenes.

I just wish there was more to this movie. Although a lot is made about the mariphasa plant at the start of the film, it's almost a b-plot to the rest of the movie. Yogami steals two flowering buds and, somehow, is able to use them to stop his own transformation. It's never really shown how that works -- he literally rubs a flower on his arm and, somehow, that will stop a full body transformation? It would have been nice if the movie could have committed to following the science angle more, making more of that part of the story since that was actually half-way interesting (if for no other reason than because it was different).

Sadly, that's not the movie we got. Seriously, skip this flick. Universal has made much better Werewolf/Wolfman flicks, so there's absolutely no reason to sit through this snooze-fest.