When Bloodstained: Ritual of the Night was on Kickstarter, it's fundraising campaign was a huge success. It did well enough to set a number of stretch goals, setting out a development road-map for the studio, ArtPlay, to follow or the next couple of years. After patching the game for performance issues and to ensure everything was running smoothly (a process that was none to simple for the Nintendo Switch, sadly), the studio was eventually able to fulfill some of those promises, although not necessarily as originally intended.

The first big feature added to the game, Randomizer Mode was originally supposed to be "Roguelike Mode", a game style that completely randomized the map and made for a new adventure each time you played (potentially with a castle that would change each and every time you died). Although that had been the plan for the game when the Kickstarter was still active, over time ArtPlay had to abandon the original intention of Roguelike mode, but they did replace it with a fairly robust randomizer in its place.

I've covered a number of randomizers here on this site (from Castlevania II: Blood, Sweat, and Code to the Castlevania: Aria of Sorrow Item Randomizer and the amazingly robust DSVania Randomizer), so I have a fair bit of experience with randomizers. With that in mind, I'd rate this Bloodstained Randomizer as a decent middle effort. It had a fair number of good features, but in some ways I just don't feel like it goes quite far enough.

On the plus side for the Randomizer, the features it does have are pretty good. You can change the end goal of the adventure, for example, so that you only have to kill Gebel, or you have to fight Bael, the true final boss, or both. You can also shuffle key items, save rooms and warp rooms, items, enemy drops, quests, and shops. You can even change what you can forge in the alchemist's shop, and what is needed to forge those items. It's pretty solid, for basic shuffling and randomization.

As an example, on my first time through a randomized version of the game, I found the Zangetsuo, demon-slaying sword of Zangetsu and one of the best weapons in the game (and also a key items needed to advance after killing Gebel, if that's an end-game scenario you've selected). I then, soon after, found Crystal Armor, pretty solid mid-game defense, and then got the crafting items needed to make an even better weapon, the Prismatic Heart which, in my randomized version, had the power of the Mistilteinn (which might have been an error and the game meant for it to be the Mistilteinn). At that point all I needed was to find the shards I needed to make it through the castle and find a way to the end game. 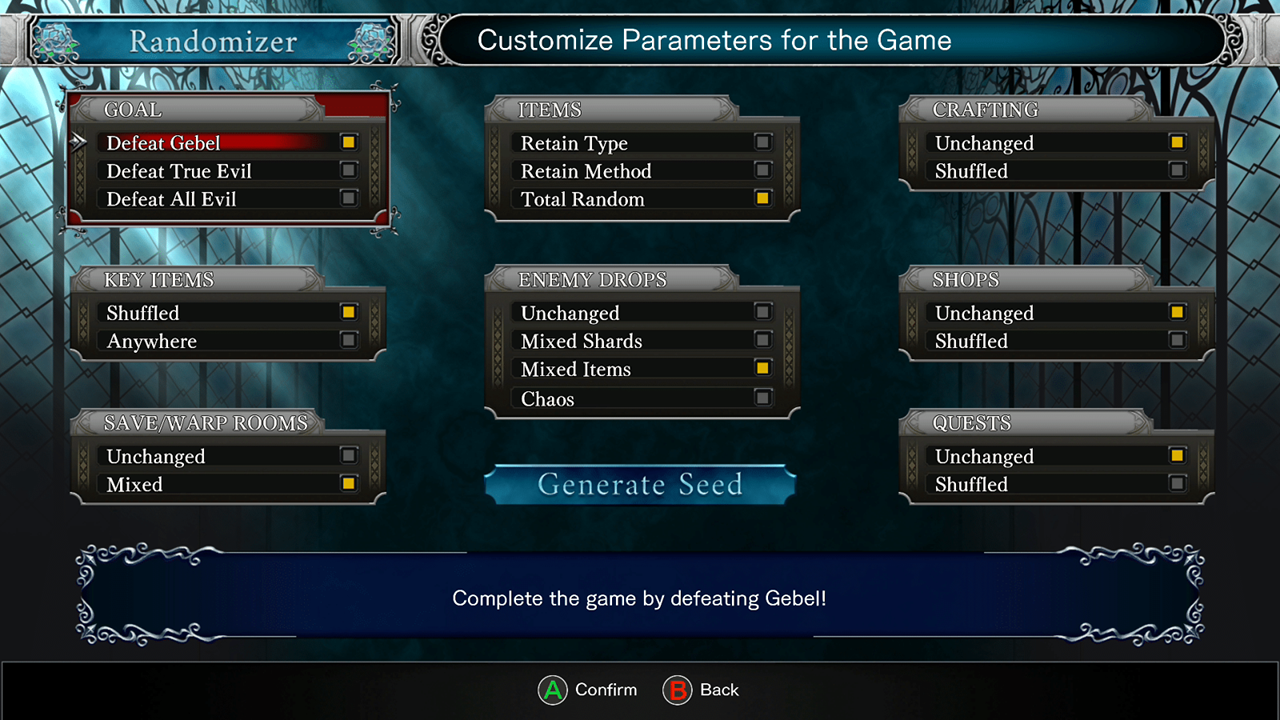 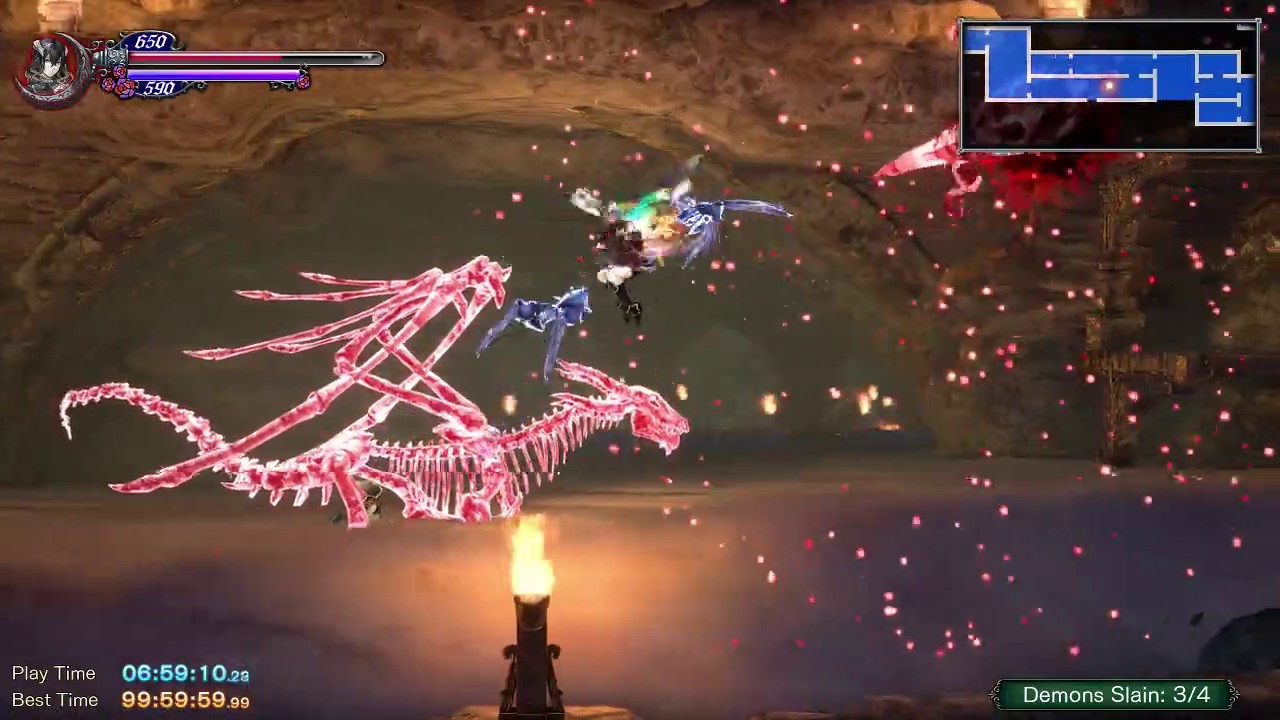 And then I found the Invert shard. You know, the shard that lets you change the gravity of the whole castle, flipping it on its head, so you essentially can explore just about anywhere in the whole castle. Yeah, it was pretty broken, but that's what randomizers do. I still have to collect other access shards, and play through various portions of the castle (and I still, more than once, died because I went into an area I didn't have the levels for), but over all it was about what I expected from an item and power randomizer.

That said, as a replacement for "Roguelike Mode", the randomizer feels a little lacking. There isn't a way to shuffle the rooms of the castle to create new maps (or even just somewhat rearranged maps), a feature already present in the DSVania randomizer, and there isn't even a way to shuffle enemies, even inside their shared areas. The randomizer goes right up to the edge of really crafting a new experience but doesn't quite get there. It's a lot like the Aria of Sorrow Item Randomizer in that regard -- good, but I really want something more out of it.

And even then, that's only if the randomizer creates a seed that's actually beatable. When it was first released the randomizer was pretty spotty, with reportedly only about 40% of seeds actually being completable. Over time that number has gone up as the randomizer has been patched by ArtPlay, and it seems pretty stable now, a few months after release. Still, there are some reports of the randomizer not always working as well as it should, so if you play on PCs you can use one of the fan-mods to improve performance (available over on NexusMods).

Even still, I do appreciate what the Randomizer is able to do. While it might not be as robust as I'd like, it is a free update at this point for anyone that owns the main game. It does add a bit of new life to the main game and can keep you coming back once or twice more just to experience Bloodstained's main mode in new ways. Honestly, more games should come with a default randomizer.

Meanwhile, to accompany the randomizer, Ritual of the Night also got its first new playable character: Zangetsu. Anyone that has played the main game will know Zangetsu as the church-sponsored demon hunter you have to fight more than once in the course of the story. Zangetsu, though, is also the lead hero of Bloodstained: Curse of the Moon where he leads his team of warriors on an 8-bit quest to fight demons and save the world. He's a bad-ass demon hunter and sword master and, if you unlock enough of the bonus features in that game, the most powerful playable character in the game, hands down.

His mode in Ritual of the Night is a lot like the various bonus-hero modes in the main Castlevania series, and by that I mean it's a plot-light adventure that, in many ways, feels tacked on to the main game. The big issue is, of course, that the character has no story for his adventure; he follows the same beats as that of main heroine Miriam, but without the necessary extra features or robust exploration to really enhance his game. Where Miriam collected crafting items to make new weapons, items, and food, collected shards to gain new powers, and fought bosses to unlock new abilities and gain access to more of the castle, Zangetsu is just there to fight through the hordes of the damned and get to the end. It's a very stripped down adventure, indeed. 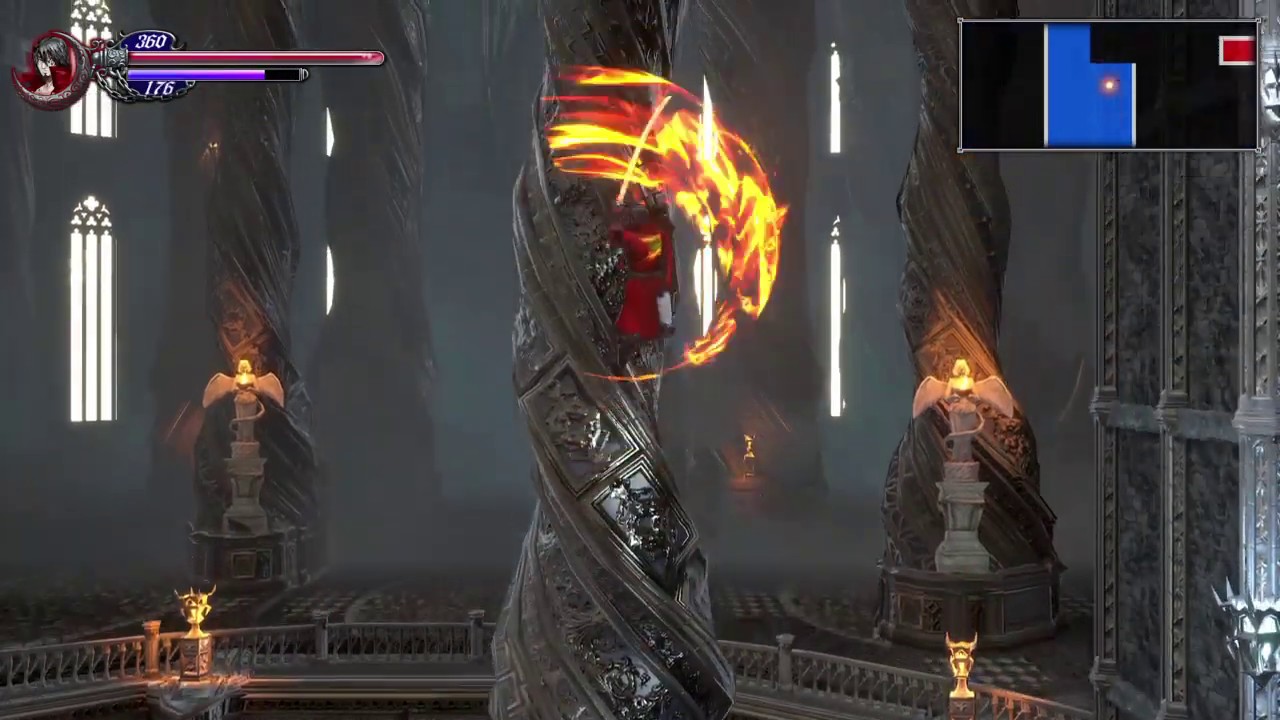 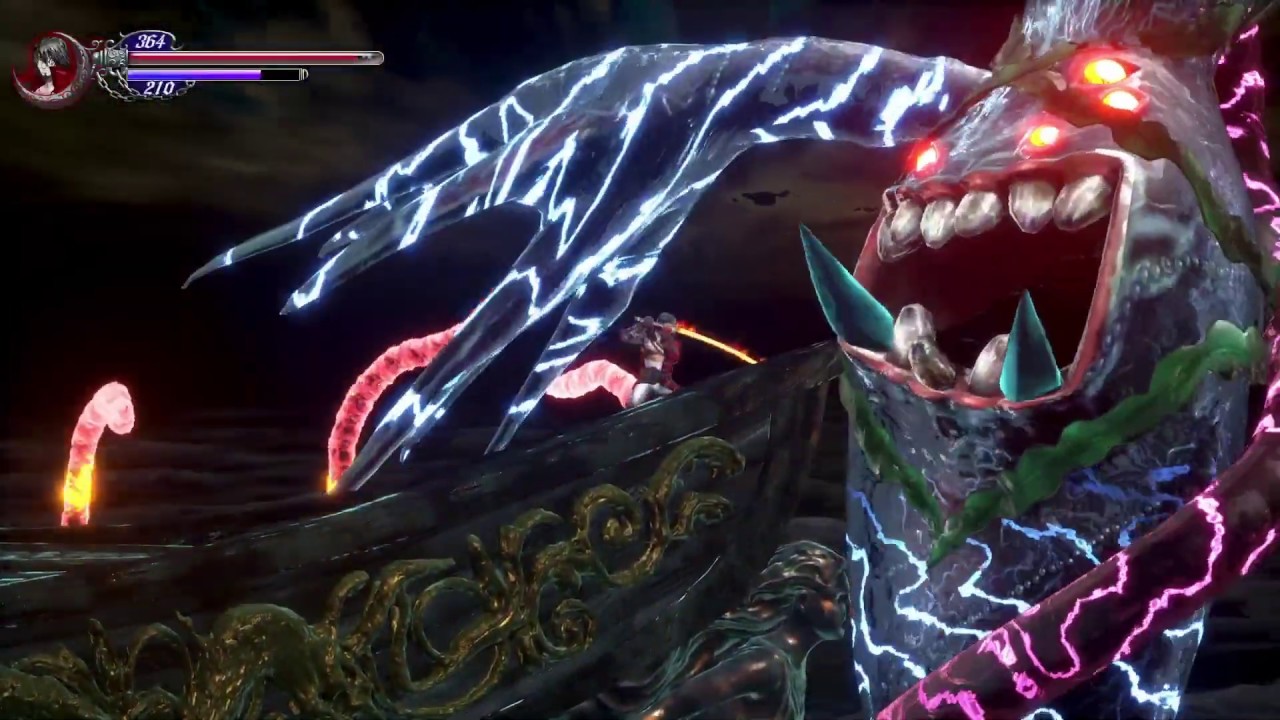 This is, of course, par for the course with these kinds of bonus-character modes (again, see the main Castlevania series for examples). Zangetsu as a playable character in Ritual of the Night is someone I'd liken to Richter Belmont in Castlevania: Symphony of the Night: very powerful, with a lot of fighting-game style techniques to use to advance through the castle, but who doesn't have a lot of health of defense. A glass cannon, if you will, making him a hard character to play as. He has the power, and that can be fun, but you better know what you're doing against the bosses or you're toast.

While I appreciate the character being added to the game, I wish Zangetsu had a deeper and more interesting mode in the game. He's the hero of both Curse of the Moon and its sequel and there's a lot of depth that could be explored in a plot-rich environment. If his adventure had anything even close to the depth of "Julius Mode" in Castlevania: Dawn of Sorrow, it would be a real winner. Instead, it's just too shallow in style and substance to really hook me in. It's an interesting diversion, but like Boss Rush mode, it doesn't have the hooks to keep me playing it over and over again.