Merman (and other Fishmen) 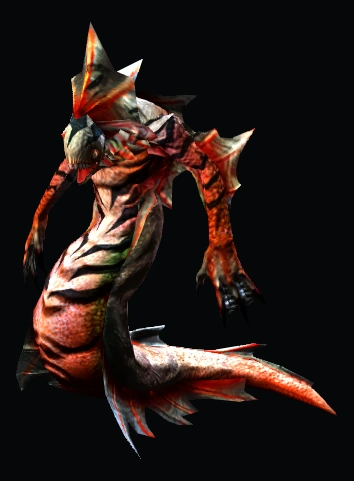 When it comes to the Castlevania series there are few enemies more prevalent throughout the series than the Mermen. Sometimes called Fishmen (in an almost interchangeable fashion), these creatures show up almost as often as bats, and certainly can be as annoying and intrusive at times. A common enemy for sure, but one that has become iconic with the series as a whole.

What's interesting about the Mermen (or Fishmen, if you feel like it) is that they're a common enemy in all but one encounter (the one exception being the Giant Merman Castlevania: Harmony of Dissonance, where he functioned as a boss), but they're also based directly one one of the Universal Monsters: Creature from the Black Lagoon, one of the few Science Fiction monsters to be included in the Monsters line. It's interesting that the Creature was only ever featured as a boss once since all the other monsters featured in the series have been major enemies and boss encounters (only the Phantom, Mr. Hyde, and the Hunchback of Notre Dame have been treated worse since they never even showed up in the game series at all).

The Castlevania series, of course, features Gothic horror as its motif, so including the Gill-Man at all is a nice touch. Of course, a weird fish creature does blend nicely with all the other weird bat creatures, wolf creatures, snake creatures, and all the other horrible abominations in the games. I guess, for the Mermen, it's just nice to be included. 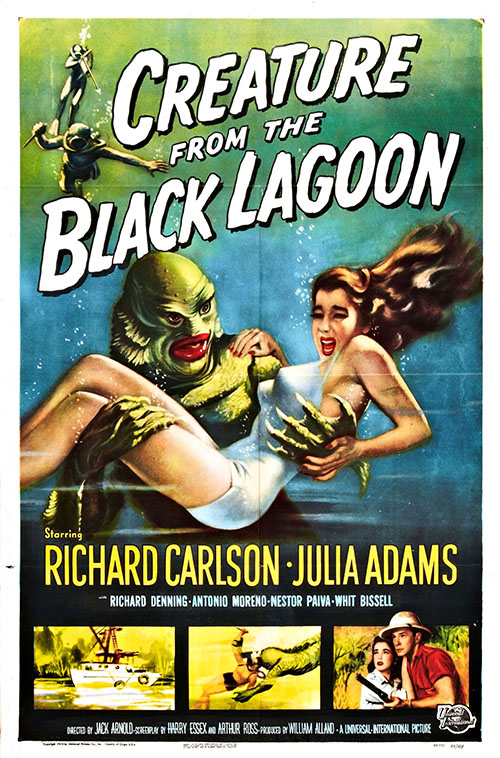 As noted, the Mermen are one of the only major creatures in Castlevania not based on a work of mythology or literary fiction. Instead, the inspiration or Mermen is obviously and directly taken from Universal's 1954 film Creature from the Black Lagoon. In that movie a group of scientists stumble upon an Amazonian lagoon where a evolutionary offshoot species of fish, one that became biped and evolved into something humanoid, has lived for thousands of years. This so-called "Gill-Man" eventually attacks the scientists (after they attack him to be fair), and is eventually defeated after he takes their lady-fair and runs off with her. It's a pretty bog-standard Universal film with the twist of a Science Fiction setup for the character instead of Gothic horror.

The creature was actually featured, just before the release of his first movie, in a Colgate Comedy Hour special, "Abbott and Costello Meet the Creature from the Black Lagoon". He would then go on to feature in two direct sequels to his main film, Revenge of the Creature and The Creature Walks Among Us. There have also been off-and-on rumors of Universal eventually creating a reboot of the Creature's series, but so far nothing more has come of the rumors.

It's worth noting that other producers have created their own knock-off Gill-Men in other non-Universal films, from The Monster Squad to Frankenstein vs. the Creature from Blood Cove, and, of course, the Academy Award-winning The Shape of Water.

At one point in the third season of the Netflix Castlevania anime we see a merman in and amongst the Night Creatures that the Devil Forgemaster Isaac has under his command. The creature looks spot on to the ones seen in the main series, and he even has the ability to charge up, and then spit out, a fireball. This is a classic Castlevania merman brought to animated life. 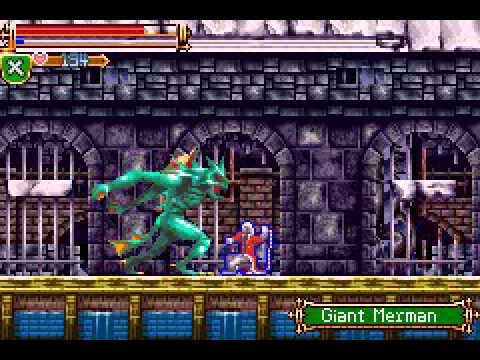 When the Mermen first appeared in the series in was in the original Castlevania where, in that game, the fishy creatures would leap out of watery sections, land on platforms near hero Simon Belmont, and then slowly march towards them. There weren't really scary or hard to deal with, but bad timing between their leap out and Simon's own jump to another platform could lead to the hero dropping into the drink.

It's in Castlevania III: Simon's Quest that the Mermen pick up a couple of new tricks. Instead of just jumping out of deep water, they're able to burst from shallow water as well (although they do leave a telltale shadow in the water to alert the heroes to their presence). Additionally, when they get close to the hero they can spit out a fireball to try and deal ranged damage. They can be quite a nuisance, especially with how dangerous the jumps can be in this game -- one missed attack on a fireball and your hero can go plunging into the abyss.

In most of the games going forward, the Mermen (or their Fishmen variants) will follow this same behavior, either hanging out in deep or shallow water, popping out, and then spitting fireballs. In Castlevania: Symphony of the Night the Mermen picked up their next big skill, the ability to spit out jets of water, which they would do by surfacing in their body of water they're hanging out in and the spitting it at an angle. They also learned to dive at the player, sliding along the ground, which in later games turned into an ability to curl up in a ball and roll at the hero.

It's not until Castlevania: Lament of Innocence that any of the Gill-Men pick up any new tricks, as in this game we finally get versions of Mermen that can spit ice along with the normal types that shoot fire. Castlevania: Curse of Darkness played with this, too, having one set of Mermen that could shoot jets of water and another type that spit out the traditional fireballs.

And then, in the Castlevania: Lords of Shadow series interquel, Mirror of Fate, we got another new evolution of the Mermen. Along with the standard version we're used to by now, the game introduced an electric type that, yes, could attack with electrical currents along wet ground, stunning the heroes. The game also introduced Mermen Tadpoles, baby versions that would swim around in water, attacking any heroes that got close to them.

Of course, there's one more Merman we've been saving for last, the only time the monster has been a boss in a game: the Giant Merman in Castlevania: Harmony of Dissonance. After spin-jumping out of the water, the Giant Merman could attack in a few ways. He could charge up an attack and unleash a wave of water at hero Juste Belmont. He could also bounce back into a ball and roll-charge at the hero. And, he could also summon smaller Mermen to leap out of the water to attack the hero as well. The fight itself isn't too difficult -- the boss is slow and gives the hero plenty of room to dodge attacks -- just a touch time consuming especially if you don't have a great sub-weapon combo to use.

It's worth noting that alongside the main Mermen/Fishmen there are also Lizard-Men, humanoid creatures covered in scales that sometimes come out of the water. These creatures have their own set of attacks and abilities, often wielding weapons, and are not considered related to the main Merman types.