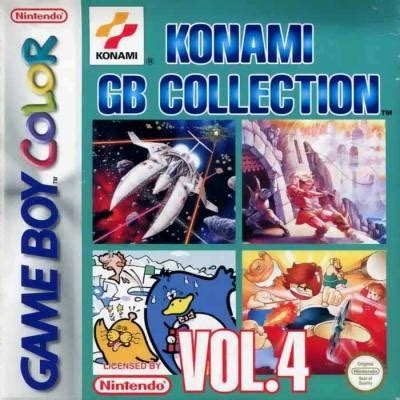 The Game Boy Color editions of the Konami GB Collections should seem like easy buys. It's four great Game Boy games from Konami's back catalogue, put together on one cart with color graphics. Who wouldn't want that! From a pure, cost savings perspective, yes, this does work out decently well for the players. But as far as actually using the Game Boy Color the way gamers would have liked, these collections leave something to be desired.

As we saw with the GBC Konami GB Collection, Vol. 1, Konami seemingly put in the least amount of effort possible with this collection, and the same can be said with the fourth volume (based on the Game Boy Vol. 3); this version is an oddly stripped down edition that doesn't do enough with its color graphics to justify the alterations. It's here for people that really wanted these games collected together, but that's about it.

The same rules from the previous GBC collection (that we reviewed) apply here as well: the basic graphics have been altered to add in some color (but only some), while all the menus and instruction sheets from the Game Boy edition of the collection have been removed. That means these games need to stand up on their own and, sadly, I feel like the colorized graphics don't even look as good as the original black-and-white editions. It's frankly a tad ugly.

The game that suffers the worst is Gradius II: The Return of the Hero (released in this European-exclusive set as Nemesis II: The Return of the Hero). While the game play is as solidly Gradius as ever, the colorized graphics look atrocious. The game starts with the ship flying across a lime green sky that just looks bad with brown asteroids and a blue ship flying across. Eventually the ship moves into mechanical zones and the lime green is swapped for bright pink, but that still isn't any better. I understand that having the ship fly against a black background was a no-go for the Game Boy, and that Konami had to work with the base Game Boy graphics for these "colorized" versions, but just leaving the screen white would have been preferable to... this. 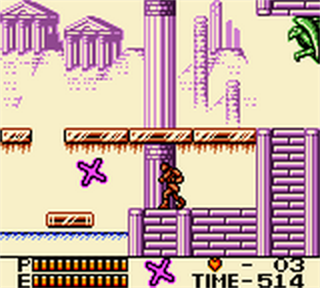 It's sad, actually, because the colorized versions of the various ships look pretty good. I liked the brown asteroids at the start as by contrast, your blue Vic Viper is flying along. The color graphics of the enemies, obstacles, and power-ups are bright and detailed for a Game Boy release. It looks pretty sharp in most respects but the backgrounds absolutely ruin this otherwise decent little title.

For Castlevania II: Belmont's Revenge, the graphics aren't as bad, but it's hard to say that the colorizing effect really adds much. It is nice to see a Belmont in brown (their default color in the classic era), and there are some nice touches in the backgrounds -- the blues and greens of Crystal Castle looked really nice in my opinion -- but there's something missing to really make these color graphics sing.

I think the problem for me here is that the classic Castlevania games had this rich, Gothic ambiance. When they moved to the Game Boy the bright, popping colors were swapped for black-and-white (leaning towards white) but they were calibrated to work on those devices. Adding color, though, feels like a half-step here; your brain wants more, or none at all, not this weird mid place that suits neither. While the colorized graphics don't hurt the game (not like with Gradius II) they only serve to draw the eye to what's missing. It's fine, but not great.

Oddly it's the two lesser titles in the collection that actually end up looking nice here. Yie Ar Kung-Fu is a bad game by just about any measure but damn does it look good on the GBC. It has that right mix of simple graphics with high contrast that really pops once a little color is applied. This is a good use of the limited GBC's color capabilities, especially on a Game Boy conversion. The same applies to Antarctic Adventure, a limited game with limited graphical demands which means the GBC's limited palette actually works nicely. Neither would win any awards for their graphics but they work in this context, for sure. 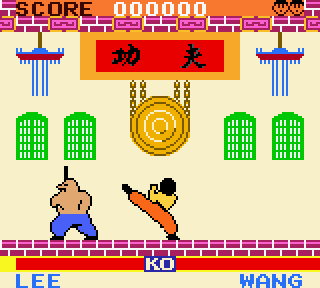 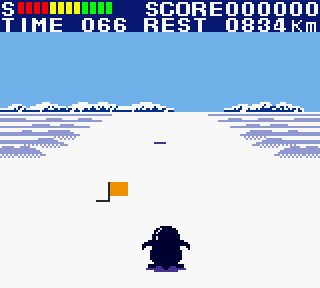 Really, though, I'm left with the same opinion of this collection as I had with the first GBC Konami GB Collection edition: you only really needed this if you missed out on the good games prior to this collection's release. If you already had Gradius II and Castlevania II: Belmont's Revenge on the Game Boy there's hardly any reason to get them again here. The color graphics on those games aren't good enough to sell this package on their own, and in the case of Gradius II are an active detriment to the experience.

In the end, then, the audience for this collection is very limited, basically just people that either missed out on the games before or hardcore collectors that had to get every version of everything. For anyone else, there were better ways to play these games.