Night of the Living Dead 3D 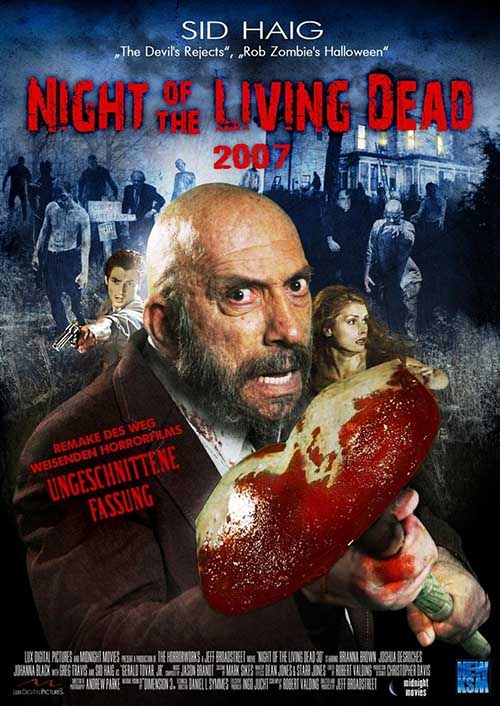 Look, I get it. Anyone can make their own version of Night of the Living Dead. That film is in the public domain (due to a screwed up copyright on the film) meaning it's rife for people to do whatever they want with the elements of that film. While the original sequels are still covered by copyright, the 1968 original is free and clear for anyone to make whatever they want with the famous name attached, no questions asked. They can't use any new elements of the 1990 remake, as that's not public domain, but whatever else you want to do you go on ahead and do it. No harm, no foul.

That honestly has to be freeing for some low-budget production companies. Cut your teeth on some zombie fare (pun intended) and you get to use the famous name and script as a basis if you want. It's like making a mock-buster but more "official" in its own way because no one can stop you. All kinds of people are coming out, ready to make their own interpretation of Night of the Living Dead to recoup a little of that sweet zombie cash. It's fair game and I can't necessarily blame them for that. I just wish that the remakes that didn't have George A. Romero's involvement were better than the crap we're getting.

The 2006 remake, Night of the Living Dead 3D (not to be confused with a later 3D remake, Night of the Living 3D Dead obviously) doesn't really manage to be fresh, new, or interesting. A modern update of the script, with some bad 3D effects through in, the film almost makes you think it's going to try to be a "good" version of the film (at least it's own "good" remake), and the opening scenes are promising, to be sure. Soon enough, though, the production goes right off the cliff, descending into dreck. The best that can be said is that the film is wildly uneven, and even that's being kind.

Opening with a setup built on the bones of the versions that came before, we see Barb (Brianna Brown) and her brother Johnny (Ken Ward) driving to a remote cemetery where they're supposed to meet their mother as they bury their aunt. When the two get to the funeral site, though, they find it abandoned, not a soul around. Soon enough, though, Johnny is attacked and Barb goes running, desperate to get away from the "mad men" that want to kill her. She ends up running to the mortuary (in the first change for this story) where she sees not only the dead feeding on bodies but also the mortuary owner, Gerald Tovar, Jr. (Sid Haig), trying to corral the unruly walking corpses. 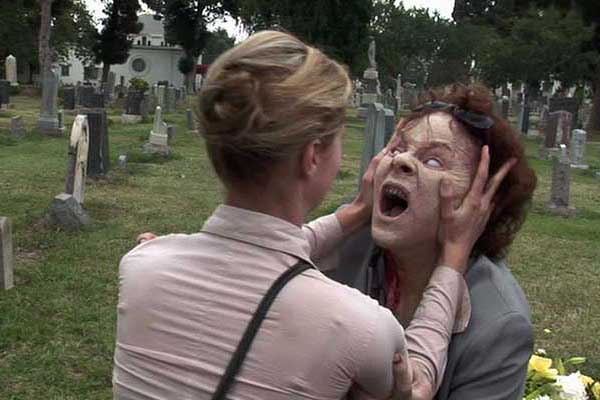 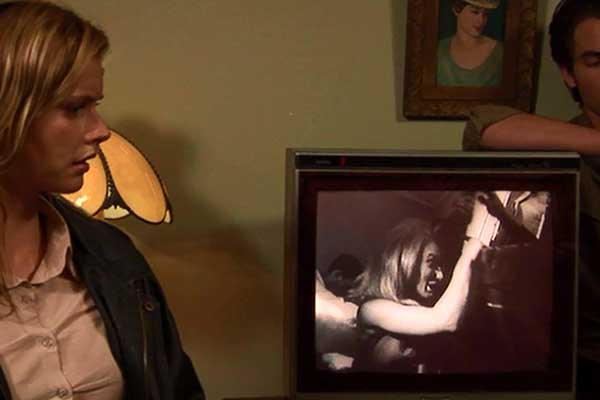 Running off into the night, Barb stumbles into a couple of more walking corpses but is saved by motorcycle riding Ben (Joshua DesRoces). The two ride off to the nearby house of Henry Cooper (Greg Travis) and his family. Cooper, a local pot grower, refuses to call the cops to come assist Barb, in part because he thinks her story is crazy (but also because he doesn't want that kind of heat at his place). Soon, though, he changes his mind (a little too late as the phone lines go down) when the dead come to the farmhouse. Soon the survivors will have to find a way to escape the dead, while desperately trying to figure out what caused this mess, before they, too become grist for the zombie mill.

To be fair to this movie I don't think this is the worst Dead series remake I've ever watched. There are some aspects of it that I don't think are that bad. The acting from Brown and DesRoces is actually pretty good (better than the rest of the cast to be sure) and they nearly are able to make this film watchable on its own. The zombie effects are also pretty decent, certainly not the worst I've witnessed and, in the dark, with the camera moving around, they're even passable to look at. Considering this is a low budget production, passable effects are great.

The problem is that, even at an hour and twenty minutes, this film feels like it plods along. Whenever anyone other than Barb or Ben opens their mouths the terrible acting comes out. This makes the scenes with other characters absolutely interminable. There are a lot of scenes like this, too; long slogs of bad dialogue and stilted reactions, all sitting there, padding out the story to "feature length" and, honestly, all we want is to watch Ben and Barb and their story could be over in 30 minutes.

It doesn't help that there's actually very little zombie action in the piece. Most of the time characters simply sit around and look out windows, waiting for something to happen. The characters in the old version spent a lot of time in the farmhouse, sure, but they were proactive, working to board the place up or fighting amongst themselves which gave us drama of some kind. Here there's little in-fighting, or fighting of any kind, just a lot of sitting around and waiting. I could have done that, film, without having to watch you. 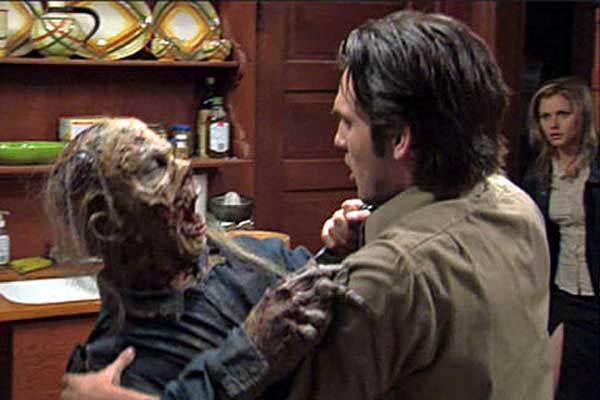 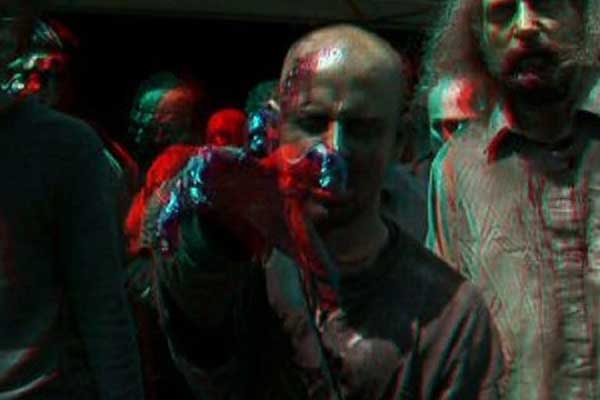 What the film does try to give us is a lot of 3D effects. These aren't very good -- it's the usual dumb horror 3D gimmicks, like a blunt being passed in front of the screen, or a shovel being swing pass, or a bullet fired at the screen -- but they are there and I'm sure it cost a little money to film this. Amusingly, the 3D version of the film on home video comes with awful 3D glasses (the cheap red/blue kind) that discolored the film and made it gross to watch. After a few minutes I took them off so I could see the proper color of the movie, and while I lost the 3D effects and had some weird after-images from the filming, It actually was easier to watch. I got use to it and ended up liking the look of the film better that way.

The worst part, though, is the questionable decisions the filmmakers made. For starters, they white-washed Ben. The character, traditionally an African-American, is white here. There is one black character, Henry's daughter, but she dies early in the film. I'm not sure what the reasoning was to re-cast Ben as a white guy (maybe because the character as written is a drug dealer and they were worried about optics, but then everyone in the film is related to drugs somehow so that's silly) but it feels a little skeezy. This is one of the set in stone true Black characters in horror, don't recast him as a white guy.

The film also decides to explain why the dead come back to life and, well, it's really stupid. Apparently Tovar, Jr. is afraid of fire and could burn the bodies at his mortuary so, instead, over the last two years he'd just let them pile up in a hot room and, eventually, they rose and started walking around. That's it. I get the idea of dead bodies causing a viral outbreak and I could kind of see that, but I struggle to accept that someone could run a mortuary for two years with bodies piling up and no one noticing. That's such a stupid plot point that my brain simply shut down. It's ridiculous.

All around this is a bad film. The producers tried, some of the actors are game enough, and it's just passable enough that it's not impossible to get through the film. But a horror classic in the making this is not. Not by a long shot. Considering we have the fantastic 1990 remake at the very least anyone else approaching this material needs to be able to do better than that film. If you can't remake better than that remake, don't even try.