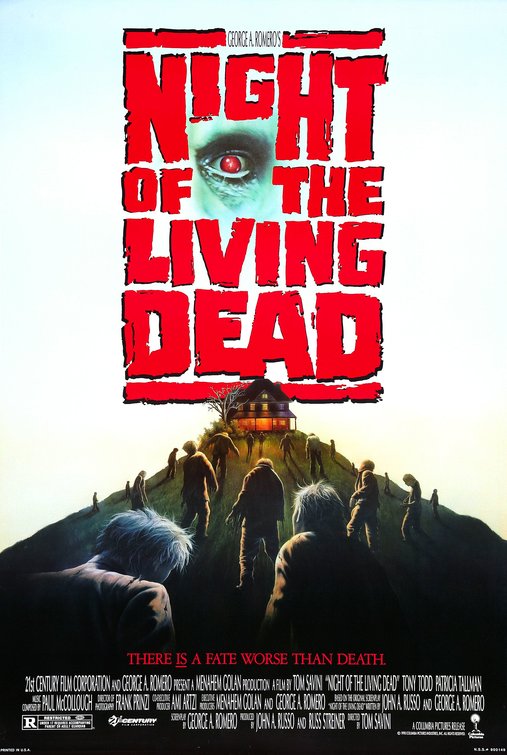 I'll confess a dirty little secret: I prefer the 1990 version of Night of the Living Dead. I know for many zombie fans, especially though who love George Romero's oeuvre, saying you like the 1990 version is absolute heresy. And yet, having watched both versions, the 1968 version and the 1990 remake, it's the latter I prefer to go back to time and again.

I think, honestly, the key reason is pacing. While the two films are similar enough to be nearly interchangeable -- the 1990 version is based on the screenplay from the original, with some basic rewrites to update the film for the decade it was made in -- the 1990s version moves at a different clip, feeling like a better produced and more complete film. Of course, the 1968 film was a mess to produce and film, and the post-production on it was even worse (the fact that the film fell into the public domain almost from the minute it was completed is just one of the main indicators). The 1990 film feels like a do-over, a second chance for Romero to be part of the film and having it come out right this time.

Since it was based on the original screenplay, the story of the 1990 Night of the Living Dead is going to follow the beats of the original film much like you'd expect. Barbara (Patricia Tallman) goes to the cemetery with her brother, Johnny (Bill Moseley), so they can visit the grave of their mother. Neither of them much cared for their mother, but Johnny feels like they owe this to the woman, to regularly visit her now that she's dead, and Barbara grudgingly goes along with it. Their visit, though, is cut short when a zombie attacks, killing Johnny. Barbara flees, with another couple of zombies slowly chasing after, and ends up at an old farmhouse that seems abandoned. There she meets Ben (Tony Todd), another waylaid traveler who sees that Barbara is in shock and helps to ease her back into reality (a reality with zombies, mind you).

Ben isn't the only person at the farmhouse, though. A whole group of people have ended up there, from the young owner of the property to a few other waylaid travelers. Problem is that as they meet each other and try to secure the property they make a bunch of noise, attracting more and more zombies. And as the day, and then the titular night, wear on, the humans take to in-fighting, leading to a bunch of mistakes and more and more zombies coming to deal deadly damage. Whoever survives the night will be among the lucky few. 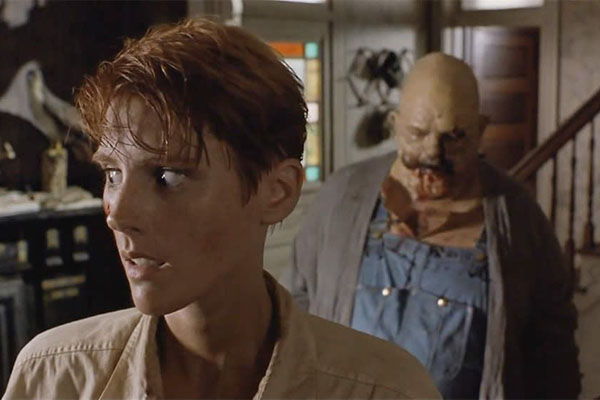 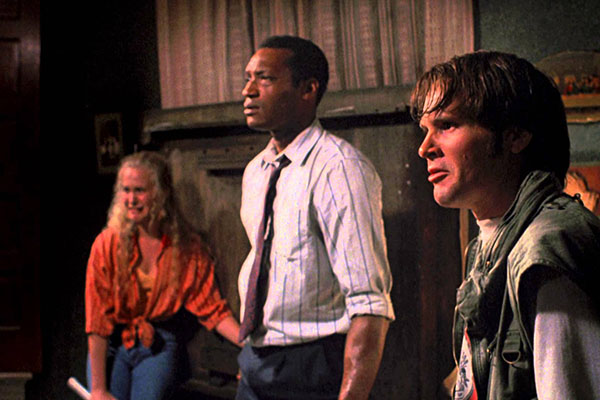 The thing I hear most fans of the original say is that this version of the film was unnecessary, that the original film was just fine and we should appreciate it instead. I would contest that, though, as the original film is, frankly, a bit of a mess. Filming in black and white the film gets by on very little, using its meager budget to produce an effective zombie film. But, due to the limited budget, tight scheduling, and wonky editing, the original film is a bit hard to follow, with scenes happening and night and during the day stitched together. While I can appreciate the way Romero and his team were able to get a decent film out of what they shot, the original Night is a tough watch, all things considered.

The 1990, film, though, is slickly produced and a really solid watch. Credit is due to director Tom Savini, one of the great masters of practical horror effects, who crafts a really tight and gory film out of the bones of the original. Everything about this film feels like it was designed to honor the style and intent of Romero's films (not just Night of the Living Dead but also Dawn of the Dead and Day of the Dead) to create a movie that feels of-a-piece with what came before. Honestly, you can go from this film to Dawn and then Day and feel like you got a solid, complete, proper trilogy.

The film also corrects one of the big issues I had with the original movie: Barbara. In the 1968 original, Barbara is a useless character; she eases us into the movie, yes, but after her brother dies and she wanders to the farmhouse she doesn't actually manage to do anything. She's in shock for most of it, then gets eaten by her now-zombified brother because she's just unable to do anything to save herself. 1968 Barbara sucks. 1990 Barbara, though, is a bad-ass. Yes, she's in shock for a bit, but then she snaps out of it and finds a way to not only save herself but even become a hero that tries to save everyone else (no matter how futile that might be in a zombie film). Where Ben is the best character in the original, both Ben and Barbara are totally awesome here.

I mean, I'm a fan of Tony Todd, one of the great horror actors, so obviously I'm going to like him here. Todd always gives a solid performance, no matter where he's at -- here, Candyman, Star Trek: Deep Space Nine -- and here he's able to make Ben into a compassionate (yet tough) hero the film needs. When he works together with Barbara they can get things done, helping to drive the film forward as the two actors carry the film with their performances. It's great. 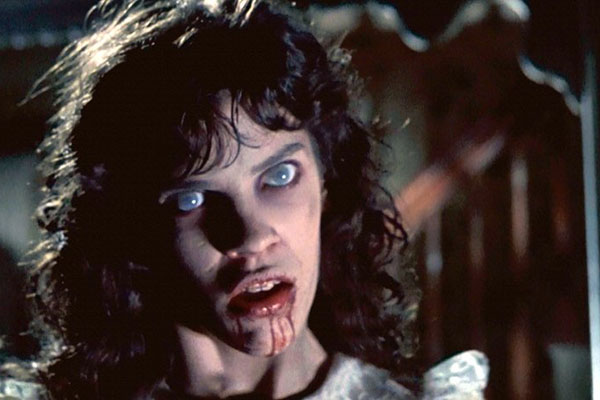 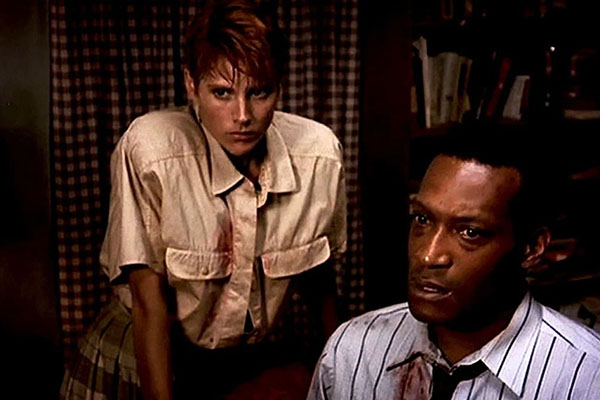 It's no mistake, of course, that the two heroes of the film are a black man and a woman; the original film has a political bent to it (hell, all the Romeo zombie films have that in common), so it was nice to see them maintain that here for the 1990 movie. Making Barbara more of a hero not only makes her more enjoyable to watch but it also continue that progressive bent, saying, "the man doesn't have to be the hero here." Barbara gets an Ellen Ripley-style makeover and the movie is stronger for it.

Really, I don't understand why most fans don't like this film (let alone that they don't think it's a strong entry in the series). It's a worthy successor with masters of the horror craft behind the camera as well as in front of it. It's properly updates the original film while honoring its intent and crafts a tight, tense story in the process. If only more remakes could be this good.