Land of the Dead 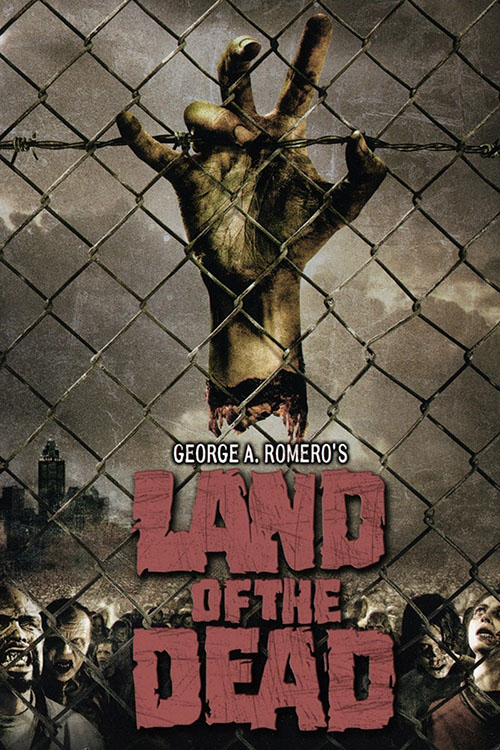 Monsters have been created and adapted by any number of people and studios -- anyone can craft a film about any public domain creature, and plenty of groups have milked those wells dry over the years. However, for any monster there is usually one name that becomes synonymous with the beast, like Bram Stoker and Dracula or Marry Shelly and Frankenstein. When it comes to the zombie genre, there's is one name that is considered the master of the form, the writer/director that could do no wrong: George Romero. He was the end all, be all of zombies and his films were the benchmark. No one could compare while his were absolute classics that would always be held on a pedestal.

And then came along Land of the Dead, a film that was highly anticipated but Romero fans. After his career, Romero had released one zombie film each decade, letting his genre update with the times and finding ways to further explore this world and his story at periodic moments in human society. He didn't make a film in the 1990s, instead letting the 1990 Night of the Living Dead stand as that decade's seminal zombie work, but fans were absolutely craving a proper return from the director, his much bandied about "Twilight of the Dead" that would serve as the creator's last word on the genre. But when it finally came out, 2005's Land of the Dead was far from the series-capping masterpiece they wanted. Far from it.

Based on discarded ideas from Day of the Dead (which original was supposed to feature not only the military base but a second, top-side camp of survivors), Land of the Dead finds one human enclave still functioning in the remains of the world. Most survivors live in a sprawling camp on the outskirts of a city, scraping by in a kind of free-for-all, Wild West society. The rich, though, live in the city of Fiddler's Green, a fortified tower that everyone below works for. The rich stay safe and protected while bands of raiders -- lead by Simon Baker's Riley Denbo and John Leguizamo's Cholo DeMora -- head out into the wastes to get food and supplies for those living within the walls.

Riley wants to get out, and at the start of the movie is basically on his last mission, looking to grab a car and head up north where the population is sparse and he might be able to survive on his own away from all the zombies. Cholo, meanwhile, has designs on getting into the tower and being one of the one-percent. But when the city's leader, Kaufman (Dennis Hopper) rebuffs the raider and tries to have him killed, Cholo steals the city's one massive, armored vehicle and heads out on his own. Meanwhile, a band of zombies, lead by a smarter than average ghoul, Eugene Clark's Big Daddy Zombie, make for the city to cause chaos and stop the humans from killing their kind. It's going to be Riley against Cholo and the zombies if anyone is going to keep the citizens of the city alive. 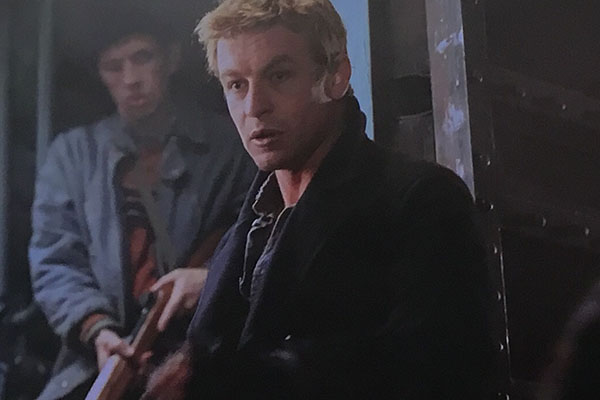 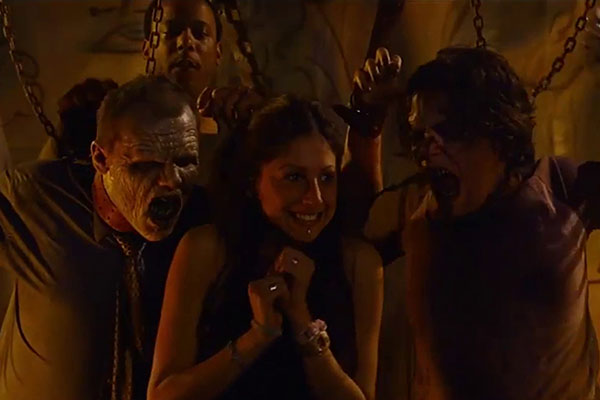 From a certain angle I can see what Romero was trying for with Land of the Dead, using the film as a commentary on the "rich get richer" mentality that seems to have become ingrained in the world today. The villain is Hopper's Kaufman, a overtly slimy dick who thinks he controls the world just because he has a city that, so far, hasn't been penetrated by the zombies. The good guys, such as the are, would be the raiders who go out and find supplies for all the humans left alive in and around Fiddler's Green. But then, at the same time, the film also posits that the heroes might actually be the zombies, led by Big Daddy Zombie (which is a terrible name for a character, whether its said on screen or not), as they're heading to the city in retaliation for all the times the raiders have swept through and killed hundreds of their kind. I get the movie from that perspective.

Issue is that the actual story told by the film, the way it goes about hitting all those plot beats, never really brings any tension or scope to the story. Yes, there's a tall building that acts as the rich palace that all the peons aspire to, but we never meet anyone in the tower besides Kaufman; anyone in the building are just extras and scene fodder so it's hard to care about them and whether they live or die by the end of the film (and they die, they all die). But the same applies to the people stuck outside the building living in the camps around town -- we meet very few of them, and the ones we do see are opportunistic, greedy dicks. These aren't characters we can care about, not anyone we can truly want to see live or die, because the film never invests in them.

Out nominal protagonists, then, are two raiders, Riley and Cholo, only one of which has a soul (Riley) while the other (Cholo) is actually played by a charismatic actor. They've effectively two half-characters (due to bad writing and bad casting) but neither of them are string enough to lead the movie. The only character actually worth watching is Big Daddy Zombie (god I hate that name) because he's allowed to grow, progress, and show emotions. It's really weird. Like, I think Romero wanted this film to show that as the humans continue to devolve from the society they once had the zombies continue to rise up and, one day, will actually become the dominant, sentient species. It's like Planet of the Apes, in this scenario, if only the movie had the smarts to pull it off.

Fact of the matter is, though, that this film is pretty dumb. It not only lacks characters to care about but it also doesn't have anything in the way of tension or horror. There's nothing here for us to get invested in what's going on in the film, nothing on-screen to make us bond with anyone. There's a lot of zombies, and a fair bit of gore and action, but without a story or characters to bond around it's all just window dressing. The film amounts to "zombies stalk a city while the humans spin their wheels for a while", but that's barely anything at all. 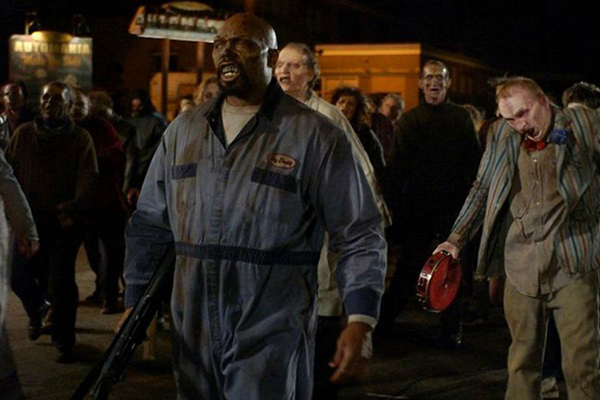 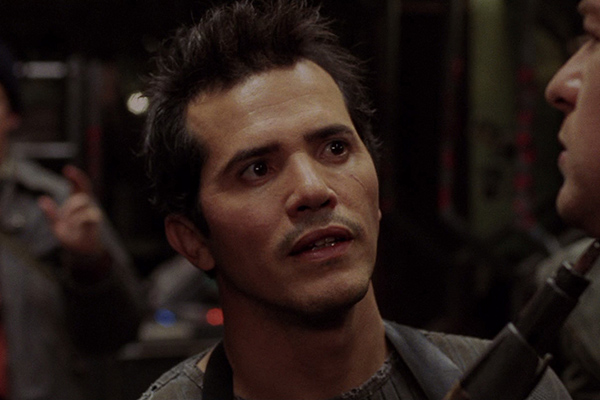 This film also makes the cardinal mistake of switching from practical effects to CGI for all the zombie action. I understand that by this point CGI was cheaper, but when were talking about a bunch of monsters that need to palpably tear and rend their victims, airless CGI just doesn't convey that at all. It all looks so fake, so artless, and it's hard to even get invested in the horror when clearly none of it is real. There's no sense of real danger because it's all just ones and zeros on a computer and the audience can tell.

Romero's original trilogy of films are rightly still held up as classics (even if I personally do enjoy the 1990 authorized remake more than the 1968 original), and each of those films built upon the world of the previous movie to show our society as it continues to crumble after the ghouls come back to life. While I can see a certain angle where Land of the Dead works and fits into that canon, the actual film as a whole betrays everything Romero had built before. It's not interesting, it's not scary, and it has such a muddied message that it's hard to invest in it at all. I know it took Romero 20 years to make this film but it feels like maybe it needed a few more years in the hopper.