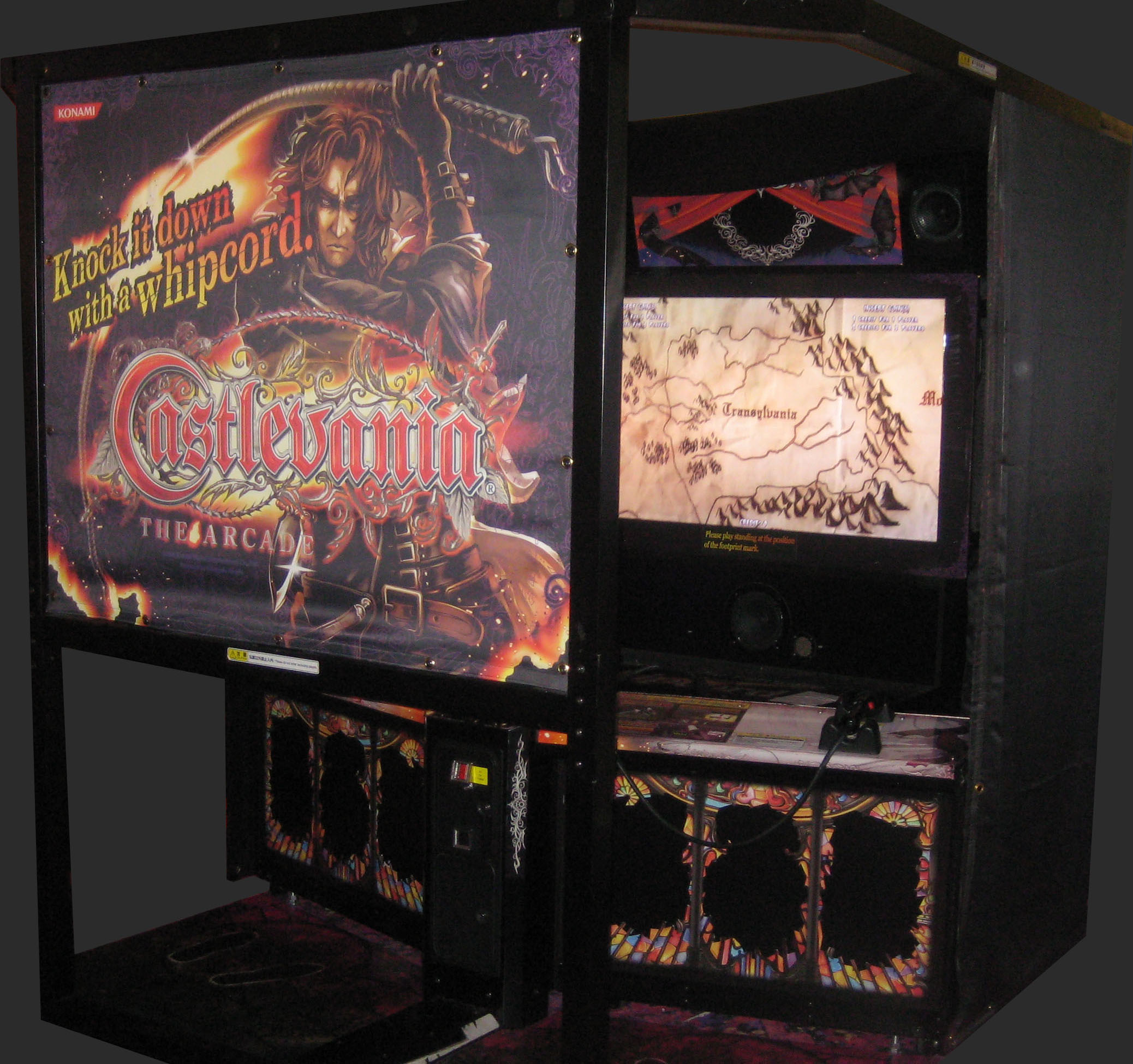 This article is currently considered "incomplete". As more information is gathered, this article will be updated. If you have information you would like contribute, contact the staff of the Inverted Dungeon.

Now here is a strange game to talk about. While Castlevania: Judgment seemed like a departure for the series, focusing on a time-traveling fighting tournmment instead of the usual whipping-and-platforming mechanics, Castlevania: The Arcade goes even further afield -- it's a lightgun "shooter".

In the game players take on one of two regular characters: a whip-wielding Belmont (well, presumed to be a Belmont -- he's just called the "Vampire Hunter") or a gun-toting heroine (the creatively named "Lady Gunner"). There is also an unlockable third character, the "Little Witch", but it's unlikely anyone in the United States will play as her... or anyone else in this game. Released in October 2009 the game was a Japanese exclusive for their still-thriving arcade scene. Enough time has passed that were we to see some kind of iteration of this game in the Americas (as possibly a Wiimote light gun game or a Wii U or DS/3DS tap-shooter) we already would have.

Which is really sad because the mechanics of this game seem intriguing. The two unlocked characters in the game play very differently with the Lady Gunner being a trditional shooter while the Vampire Hunter attacked via slashes and hacks at the screen (a la the Wiimote "waggle"). Lightgun games have done well in this country (as evidenced by the multiple House of the Dead releases among many, many others), and lightgun games, along with fighters, are still some of the few dependable money-makers in Western arcades.

Tragically for now we just have the knowledge that this game exists and the hope that maybe, some day, a version of it will make it outside of Japan. Hey, it happened for Rondo of Blood, so there's hope...

The Story of The Arcade:

The story of Castlevania: The Arcade is not currently known. If you have information on this game, contact the staff of the Inverted Dungeon to share your knowledge.

Castlevania: The Arcade has no review. You could be the first to review it! Contact the staff of the Inverted Dungeon to contribute.