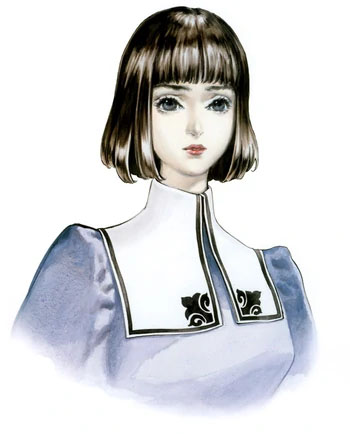 When Castlevania Dracula X: Rondo of Blood came out, it did much to expand the Castlevania series and its ideas. It revisited the idea of multiple heroes you can play as giving the heroic Belmont Richter and unlockable ally, Maria Renard. But it took that a step further, throwing in three other ladies who could be found, and rescued, to unlock the best ending for the game. This bit of collecting, coupled with parallel stages running throughout the castle, greatly expanded the scope and exploration of the game, making it into something of a proto-Metroidvania.

Tera was one of the four ladies in the game, a woman to rescue. However, it was in the expanded remake, The Dracula X Chronicles, that rescuing Tera became much more useful. In this game, Tera held a necklace, the appropriately named Tera's Necklace, that allowed Richter to break special Red Skeleton Bricks (as well as outright kill Red Skeletons). Without this necklace, Richter (and Maria) would be unable to fully clear the castle, unlocking all its secrets. Tera suddenly became much more useful, and rescuing her felt essential and not just like a chore.

Sadly, beyond this Tera didn't see much other expansion. Like Iris from the original game, Tera didn't gain much more in the way of background or story. She's an unlockable prize but not a fully realized character in the same way Annette was. 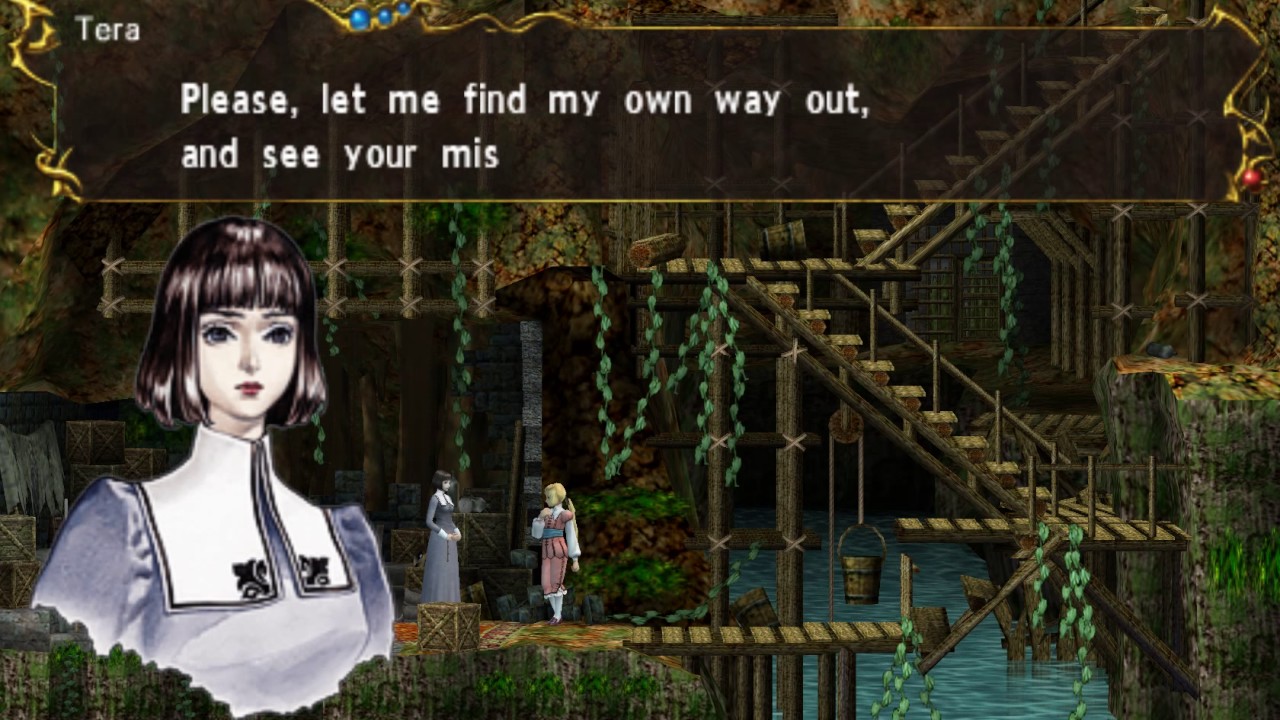 As everyone in the surrounding villages had been told, every 100 years the evil Castle Dracula would appear on up in the mountains of the Borgo Pass and a horde of evil monsters would come pouring forth. The only line of defense against this was the clan of Belmonts, heroes with a mighty (and magical) whip that they used to beat back the forces of evil. The villagers were prepared for Dracula's eventually arrival, but they weren't prepared for his plan this time around.

Needing sacrifices for Dracula's resurrection, as well as a way to tempt Richter Belmont, heir to the clan, into the castle, the dark priest Shaft had his minions kidnap a few of the girls from around the villages nearby -- Annette, Maria, Iris, and Tera included. Tera, a young nun who lived in town, was among those kidnapped. Devout in her beliefs, she knew, deep down, that God would save her, that someone sent by the Almighty would find where the minions had stashed her in the Dracula's Castle and that she would be rescued.

Hours later, she was indeed rescued when the heroes, Richter and Maria, found the young woman and freed her from her prison. Seeing them as manifestations of God, Tera fell to her knees in thanks, wowed by the glory of God. She gave the heroes her necklace with the vow that it would aid them in their travels. The heroes led her out of the castle, to follow the path they had cleared, free of the monsters that had one existed there. She returned home, safe and sound, free of the demons and able to worship once more.

Tera's necklace, and the Red Skeletons Bricks associated with it, are exclusive to the expanded remake, The Dracula X Chronicles and weren't a part of the original game, Rondo of Blood. Of course, to find all the secrets in the remake, and unlock all the bonuses, saving Tera, and getting the necklace, is essential.

It is theorized by some fans that Tera was named for the Egyptian priestess (and main antagonist) Queen Tera in Bram Stoker's The Jewel of Seven Stars. This novel served as the inspiration for Hammer's fourth and final Mummy film, 1971's Blood from the Mummy's Tomb.