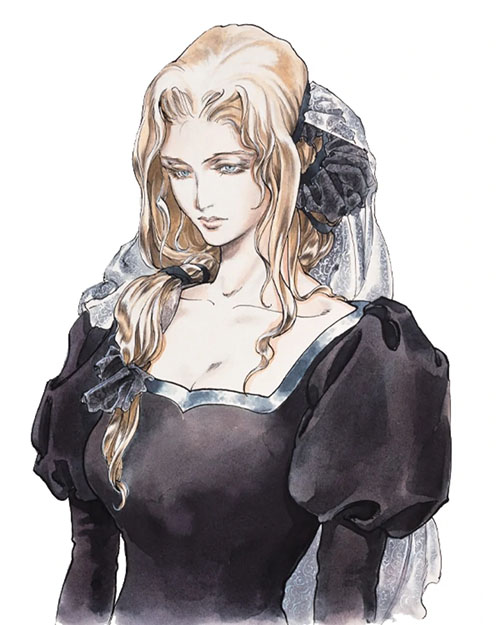 Classic monster movies have cast a long shadow of the Castlevania series. From the original game finding representation for all the Universal Monsters of old (and referencing the actors that played those monsters, and the Hammer monsters as well, in the end credits), to continuing to borrow little elements here and there for later games, the Castlevania series acts not only as a solid action-platforming series but also a loving tribute to the classic horror.

It's easy to see a bit of that tribute, in a way, in the 1997 masterpiece, Castlevania: Symphony of the Night. Released just five years after the 1992 Dracula, this film borrows one key elements from that film: the death of Dracula's wife sends the warlord into a tailspin of madness and grief. Sure, while the details surrounding her death are different (an even better homage would come later in Lament of Innocence), you can see the sandbox the series is playing in.

Of course it also set up the fact that just about every wife, from this point forward in the series, will die. Once, maybe twice, sure, but it would have been better if Lisa were the only time the series dipped into this well. Sadly, it would happen many more times to come after this. 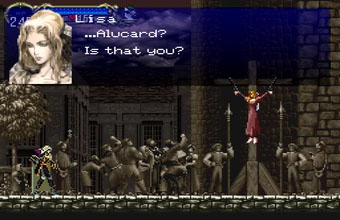 For years, the vampire lord Dracula ruled over the land of Wallachia with a cruel, evil grip. He killed, he maimed, he tortured with impunity, especially against those he felt were attempting to steal his ancestral lands away. Many thought Dracula could never be redeemed, so the villagers all treated his castle as a no man's land, never to be approached lest you fail to return after.

But one woman, a local healer and alchemist, has heard about the powerful magics at Castle Dracula and sought to find out more for herself. This woman, Lisa, ventured to the castle to study, but she was met there by Dracula. Although he threatened and intimidated her, Lisa did not shy away. This caused Dracula to grow more than a little curious about the woman, so he let her explore his castle and study the magics within. Over time they grew close, and eventually were married.

In the years to follow, the happy couple welcomed a son into the world, the half-vampire Alucard, and the three lived as a happy family for years. But the shadow of evil never truly left Dracula in the minds of the villagers, and when they saw a woman living at the castle they assumed she was a witch. Her studied of magic, her ideas about alchemy and science certainly didn't help. Eventually, while Dracula was otherwise indisposed, the Church came to the Lisa's workshop and took her away in chains.

Her trial was laughably brief and soon Lisa was tied to a stake to be burned. As witnessed by her son, Alucard, Lisa pleaded for her son to not take his revenge, to not fight the humans, for while they were doing something stupid they didn't not fully understand what they were doing. These pleas were heard, and Alucard stood there while his mother died. Dracula did not take the news nearly as well, vowing revenge against all of mankind and launching his quest to rule the world and wipe humanity away. This led Alucard to stand against his father, respecting the wishes of his mother.

Years later, in 1797 AD, Alucard was summoned back to the castle due to an imbalance of good and evil he felt in the world. While exploring the castle he found himself lulled into a dream state, forced to witness the death of Lisa once more. This time, however, Lisa said for Alucard to kill the humans, to find his revenge against them. Alucard realized this couldn't be his mother, fighting off the dream, revealing it was all a ruse by the evil Succubus. They fought, and the dream demon was defeated, unable to lure Alucard to the side of evil.

In the end, when Alucard finally fought his way to the center of the castle to take on his father, it was the memories of his mother that drove him. The two battled, but once Dracula was defeated, they shared a memory of Lisa before Dracula begged for her forgiveness. He then was cast back to Hell to wait for his next resurrection, the evil inside he even then blotting out the memories of his loving wife. 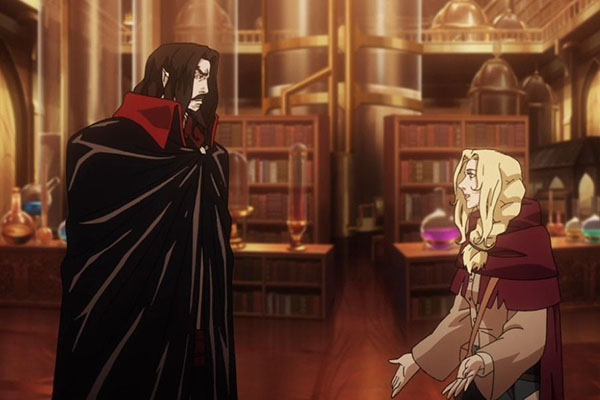 Lisa also appears in the Netflix Castlevania anime, both in Season 1 and Season 2. The first season largely deals with the events of Lisa meeting Dracula, followed by her eventual execution. Meanwhile, season two fills in a small gap, showing the bishops of the Church coming to her workshop, denigrating the science as "witchcraft" before arresting her on high crimes. These events, although more detailed than what was seen in the games (where Lisa was largely just referenced), line up perfectly with everything that was revealed in the series proper.

She also makes one more cameo in the third season when the veil between this world and Hell is torn asunder briefly, showing Dracula and Lisa in each other's arms, fearful of the magic of Hell around them. This short sequence has many thinking Dracula will be resurrected at some point in the series (if it goes on long enough).