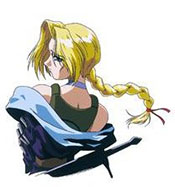 The Castlevania timeline was originally told (via the games themselves) in a scattershot order, as if Quentin Tarantino saw the whole timeline and said, "naw, what you need to do is this and this and this..." and proceeded to try and scramble everything up as much as he could. Much of this was born from the way the games organically came about -- Simon Belmont got the first game, before there was a mythos for the series, and then games were stitched on before (and after) as made sense to flesh out the history of the Belmont clan and the various members there in. Since Simon came about 200 years after Dracula (the historical figure) lived, then there was 200 years before that where the stories of the Belmonts and Dracula could be told.

Eventually a starting place, a single hero, had to be defined for the clan -- someone who started the adventures against Dracula. Before Simon came about there was Christopher, but then came along Trevor 100 years before that. By that point the series was almost going to "start" before Dracula was even born, so it was assume Trevor started it all. However, eventually Konami decided to revise that again -- Trevor had a mother, right? Maybe she could be the start of the series. That mother was Sonia, and for a few years, she held the title of "originating Belmont".

It should be noted that her reign was short, but she did have a few thing going for her. Sonia was the first female Belmont ever glimpsed in the series -- even though fan fiction has created other female Belmonts, Sonia still is the only one ever seen in the series at all, with every other female hero being part of a different clan (or an freelancer). She also was the first Belmont to ever meet Alucard, a series favorite character that was likely included in her game to boost sales.

However, whatever interesting facts she had going for her didn't prevent Sonia from being removed from the official continuity. Once Lament of Innocence came out, Sonia was removed as not only the start of the Belmont clan but also ejected from the timeline, replaced by new series starting point Leon Belmont. A number of reasons can be attributed to this removal: firstly, series head Kojia Igarashi stated that he didn't feel a female hero made sense in the era Sonia was placed. This is a fact that seems questionable at best since, by the official timeline, 25 years later Sypha Belnades was one of the leads of Castlevania III: Dracula's Curse. If Sypha made sense, why did Sonia not make the cut.

A more reasonable explanation (aside from overt sexism) would seem to be that, simply, Sonia's first game (Castlevania Legends -- the only one of her two that actually saw release) wasn't all that successful, leaving her (and her game) as a black mark on the seris. Removing her helped to, somehow, clean up that part of the series, ejecting a black sheep to somehow restore the Castlevania name. Whatever the reasoning, though, there are fans (including this site's staff) that feel Sonia is still as much a member of continuity as any Belmont (or other hero). She may not be the official start of the clan (since Leon also exists), but she has as much right to inclusion as anyone.

Before Trevor or Christopher or any of them there was Sonia. Growing up she was trained by her grandfather (who remains nameless) to use the family whip and combat evil. As she grew, she learned to harness her power, summoning soul powers to aid her in combat.

Not long after reaching adulthood (reportedly somewhere between age 15 and 17 depending on the booklet, in Japanese, you read -- an age that, admittedly, doesn't seem very "adult", but for what comes later thinking of her as an adult is helpful), she met a dark and mysterious stranger, Alucard. (As it's implied) the two soon fall madly in love, consumating their relationship (thus why it's important for Sonia to be an adult and not, you know, a hideously underage girl -- ignoring the fact, of course, that 17 is still pretty damn young and this whole plot development makes Alucard extremely creepy... maybe thats another reason this game was removed from continuity).

Sadly, soon after, Sonia's home was attacked by Dracula's minions and Sonia's grandfather was killed. Vowing revenge, Sonia set off to Dracula's lands to take out the evil vampire and end his reign of terror. While there she again encountered Alucard -- this time the half-vampire fought with Sonia, testing her power to ensure she was ready to tak on Dracula. Assured she could handle the vampire lord, Alucard let her past, stating that it was unlikely the two lovers would cross paths again.

The vampire huntress eventually made her way to Dracula himself. The youn girl fought valiantly against the powerful vampire, eventually besting him in combat. The dark princes was sent to his grave while the girl emerged from his hands victorious. Sadly, the townsfolk of Romania feared a girl with her level of power and banished her from their region. She left, eventually having a son (presumably Alucard's), who she eventually named Trevor.

As we stated, Legends was officially removed from continuity -- Sonia's adventure, despite bearing the Castlevania name is no longer an official part of the series. A selection of other official entries had, at one time, been part of the series were also removed -- namely Circle of the Moon, Castlevania 64 and its prequel Legacy of Darkness. While those games were eventually readmitted to the series (at least as "gaiden" side-stories), Legends remains the one game to be left out in the cold completely.

Not to say that this was a bad decision on Konami's part. While we at the Inverted Dungeon are loath to remove any part of the Castlevania series from continuity (which is why, to this day, we keep Super Castlevania IV as an officialy entry in our timeline, even we will admit that Legends was a pretty shit game and it's hard to defend its existence. It was a Game Boy game released at the very tail end of the Game Boy's lifespan, featuring artwork and gameplay inferior to pretty much every game that had recently come before it. For fans of the series at the time, Legends fell far, far below any expectations.

After her initial adventure, Sonia was mysterious transported to her future, 1666 A.D., during the time of the great London fire. There she met with her own decendent, Victor Belmont, a vampire hunter who had given up the Belmont oath to protect Romania from Dracula and his ilk. Together, the two would go on to face Dracula and defend London from his dark magic and evil minions.

Or they would have, if this game hadn't been cancelled. Resurrection as the distinction of being one of the few Castlevania games to even be cancelled (at least, that we know of). Promoted more than once before its expected release, the game was in develpment by Konami of America. For whatever reason -- gameplay different from what Konami of Japan epected, poor sales of Legends, a desire to remove Sonia from continuity -- work was eventually halted on the game.

Still, it's interesting to think that, before Castlevania: Judgment, Resurrection would have played with time travel mechanics -- a favorite genre trope that is barely used by the game series. Along with it's planed 2.5D gameplay (something also barely used in the series), Resurrection had a number of interesting ideas that it was trying out. It's just a pity the game wasn't able to see the light of day.

For the one game we actually got from Sonia she showed powers fairly similar to Christopher. Like the previous Game Boy hero, Sonia controlled pretty poorly -- she wasn't much for speed or jump controls, and she loses her whip ower every time she's hit -- all of this points to the fact that Konami simply reused the engine from the other Game Boy Castlevania games and simply put an anime coat of paint over the whole ordeal.

To balance out her weaknesses, Sonia did have a couple of interesting tricks, though. She could enter a "Burning Mode" which gave her invulnerabikity and extra power. She also had souls powers to aid her like a healing spell, screen clearing attacks, and a stopwatch-like pause spell. Oddly, Sonia had actually subweapons she could collection, but unlike in the main series these didn't give her attacks -- they were just collected to unlock the best ending in Legends.

Not much is known about how she would have fought in Resurrection, but since the game never came out (and it's hard to find any footage of the game online at all), let's just assume she played similarly to her Game Boy incarnation. That's probably a safe bet.