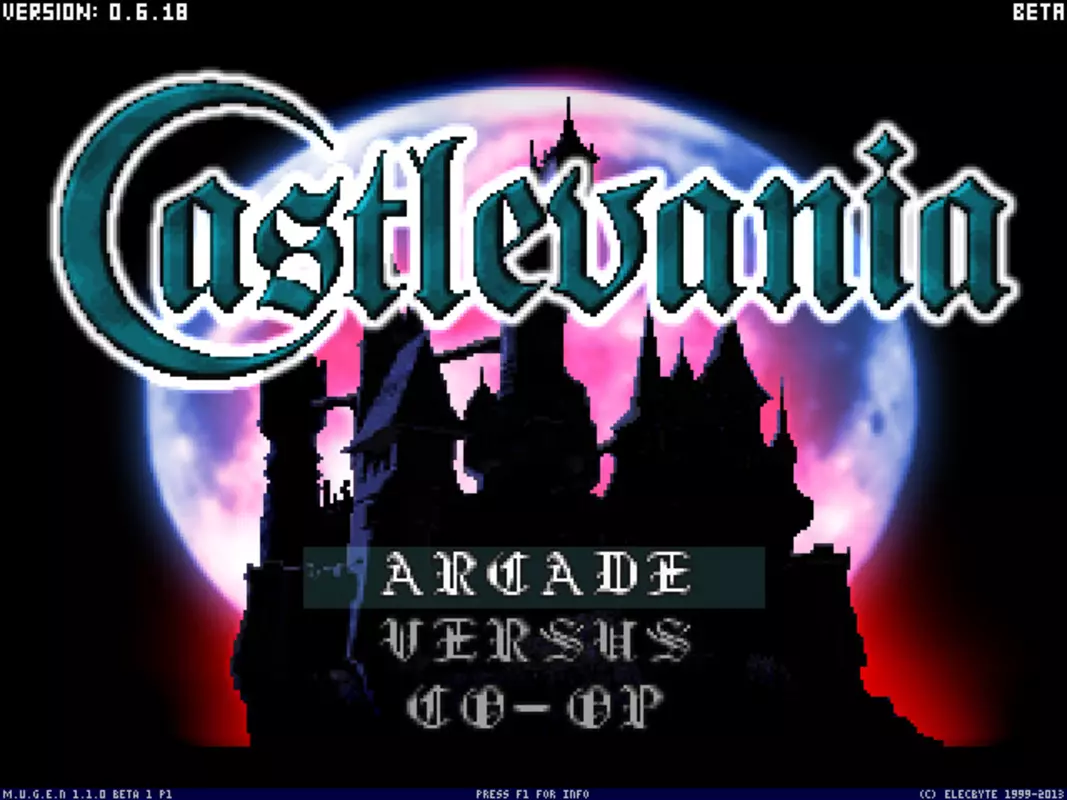 There's a thrill to be had pitting two characters from a video game series against each other. That thrill, of course, is what fuels so much of the fighting game genre, watching Ryu whirl out a Dragon Punch against Ken, only to then seem his get his snot kicked out (quite literally) by Chun-Li. Fans love to pit their favorite fighters against each other, and the dream has always been so see some kind of fun, fast, easy to get into battle game for the Castlevania series, a title that mashed up all the warriors and let them fight.

Now, sure, there was Castlevania: Judgment, the one and only fighting game in the franchise, and it's one and only for a reason: it's not very good. It's a fighting game made for the Wii that's designed to seem casual but has obnoxious combos paired with the Wiimote for one of the least enjoyable fighting experiences I have ever had to play. Other fans seems to have felt likewise as that game was considered a failure by Konami without any kind of follow up ever planned. Fans want something more accessible, one that doesn't feature 3D arenas (as most Castlevania games are 2D-style) and one that certainly has an art-style more in line with the classic series. Something that honors the franchise the way Super Smash Bros. has done for basically ever Nintendo game ever.

Some will point out that there are Castlevania characters in Super Smash Bros. Ultimate, and that's true, but the desire to to pit more than just Richter Belmont against clone-fighter Simon Belmont. We want the whole series, all the warriors, a bunch of stages. We want it all. And that's the promise delivered on by Serio's Castlevania Fighter, a series=spanning mash-up fan-game that gives players all the heroes they want so they can get smashed against each other.

Castlevania Fighter features over 30 characters, most of them from the main franchise, and all rendered in that loving 16- and 32-bit pixel style fans expect. You get not only Simon and Richter but also Charlotte, Johnathan, Julius, Shanoa, and more. If they showed up in one of the classic Metroidvania games then they'll be here. But it's not just the expected heroes as other interesting additions were included, from Sonia to John and Eric, plus even some joke characters like Ronald McDonald and a frog. They're all fully playable and, thankfully due to balancing in the game, all are viable fighters in the arena. 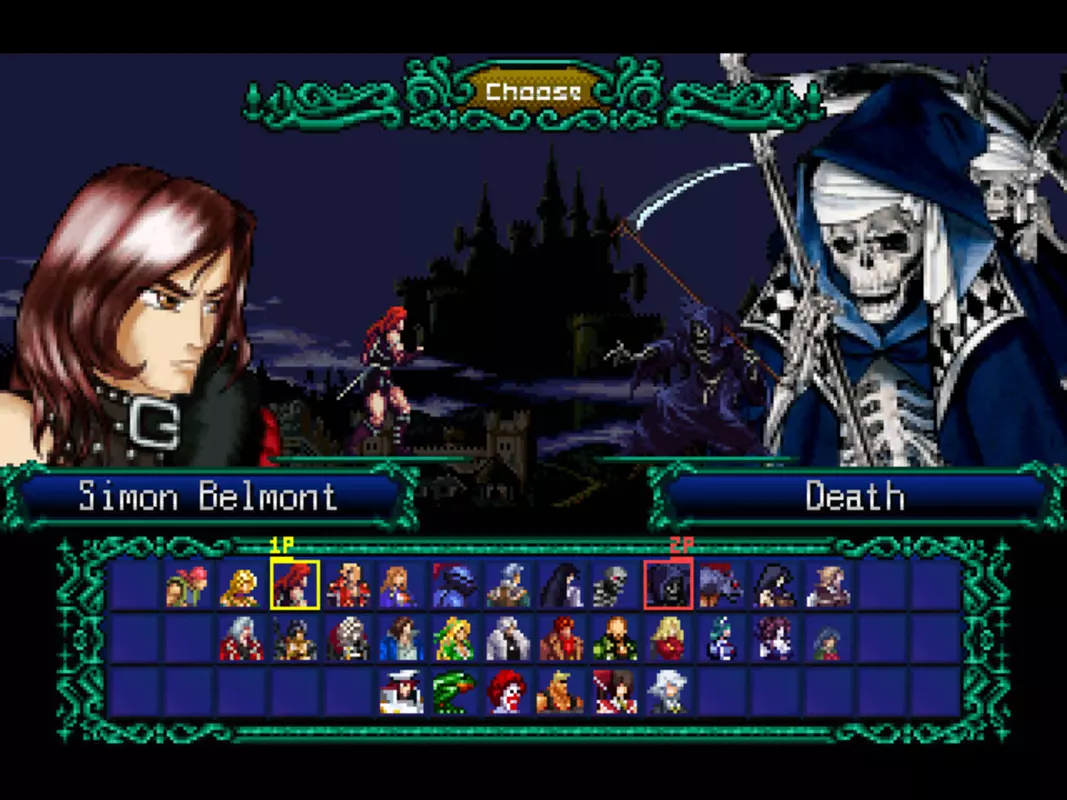 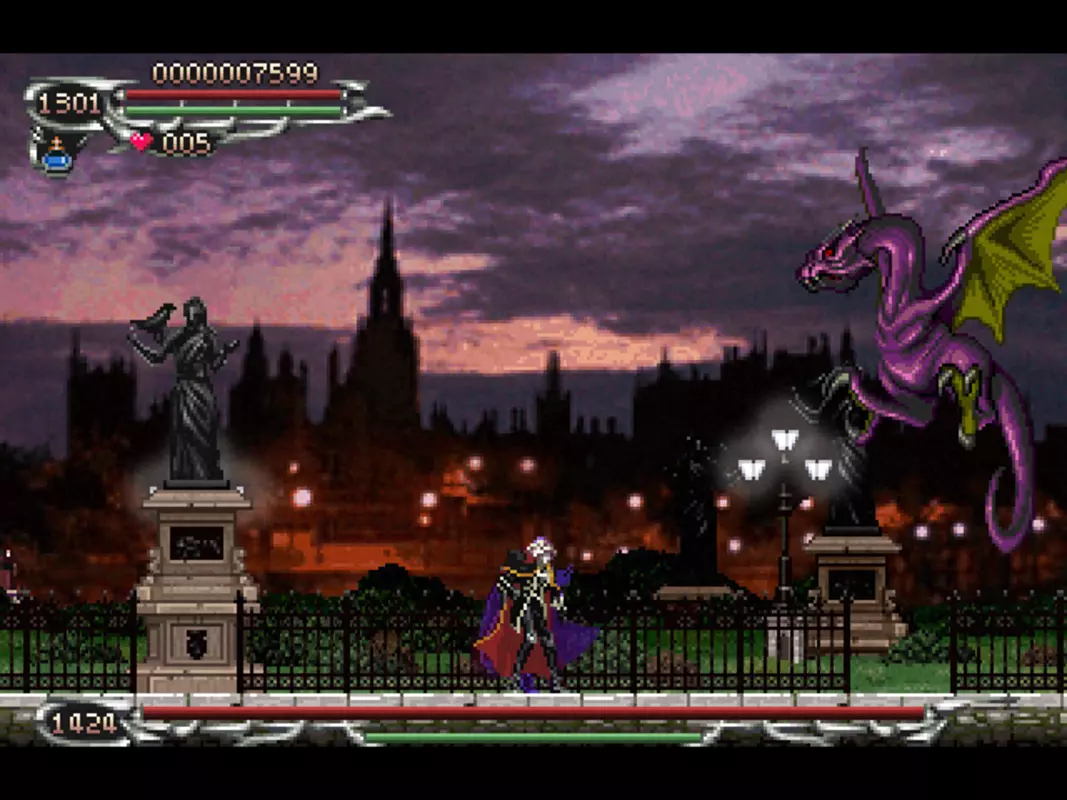 The nice things is that for all of these characters, old and new, the graphics have been updated to match the IGA style. That means Sonia has been redone in a 16-bit style (which I think was also used in the fan-hack Castlevania: Dawn of Dissonance), as has other entrants like Juste, Nathan, and Grant. It's all really nicely done, clearly using the artwork from various fan contributions to get all these heroes and heroines into the game, all styled the same and working so well.

I also appreciate all the alternate versions of fighters that are included. Like in other fighting games the warriors in Castlevania Fighter each have alternate costumers. Many of these are simple aesthetic changes but for some the alternate costumes dramatically change the fighters. Maria comes in her adult form but child version is also available, Richter can become Hanz with an altered move-set, Simon can turn into his Super Castlevania IV version with new moves and new battle music, and Stella can swap out with her sister Loretta for a completely different style of play. The game really does provide so many options to test out and play.

As far as basic mechanics, the game works like a very long Boss Rush. Your character (or characters in co-op) will start at the beginning of a series of rooms and go from one to the next, in linear order, fighting one boss after another from all the standard Castlevania favorites. Battle the boss, beat them down until their health bar reaches zero (and before yours likewise does) and then collect the boss orb at the end to get a full refill as well as a rating on how you did. And then its on to the next boss. And the next, and so on. Right on down the randomized chain as the boss fights steadily get harder and harder.

In concept I like this a lot as it allows you to see how all the various characters from the series (and Ronald McDonald) would stack up against the worst of the worst from the Castlevania repertoire. That said, the Boss Rush can be very long as, even with one of the most potent fighters and a player that knows what they're doing, it can take over forty minutes (and closer to an hour) to get through the whole chain. That's a big time commitment for this style of play, longer than most of the modes in any given Smash Bros. title. I found that, more often than not, I'd eventually get bored of a fighter, restart, try another, and then have to fight a lot of the earlier bosses all over again. That wasn't so great. 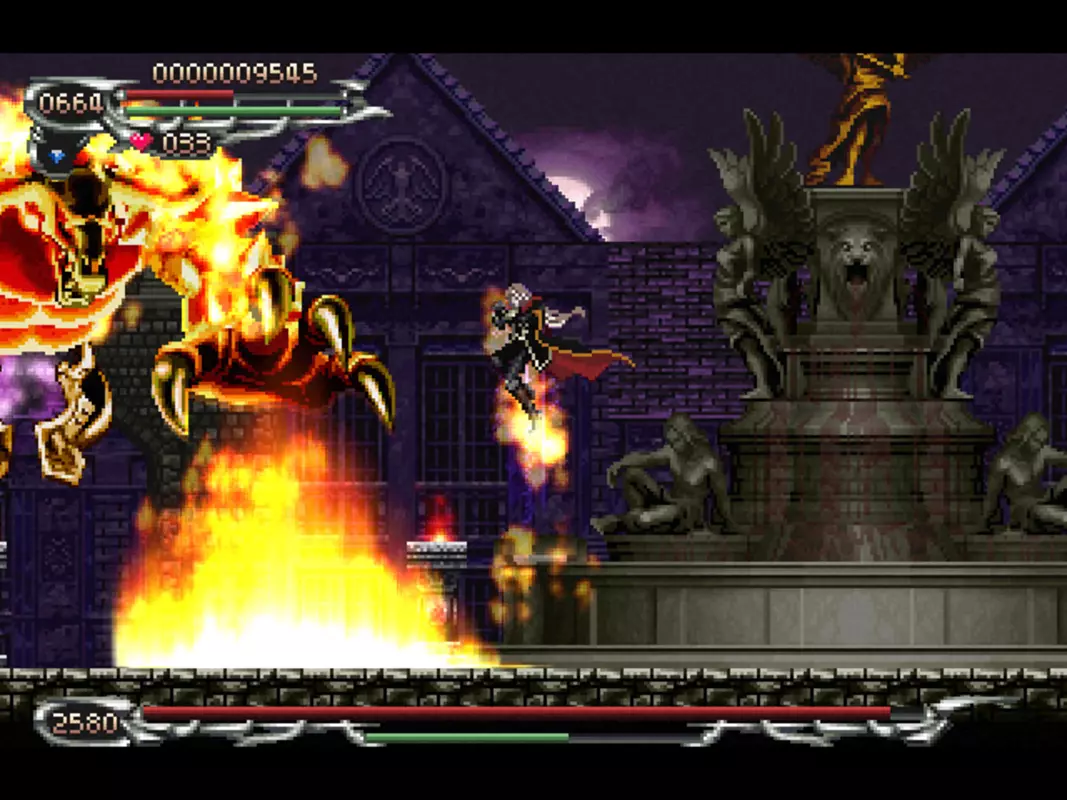 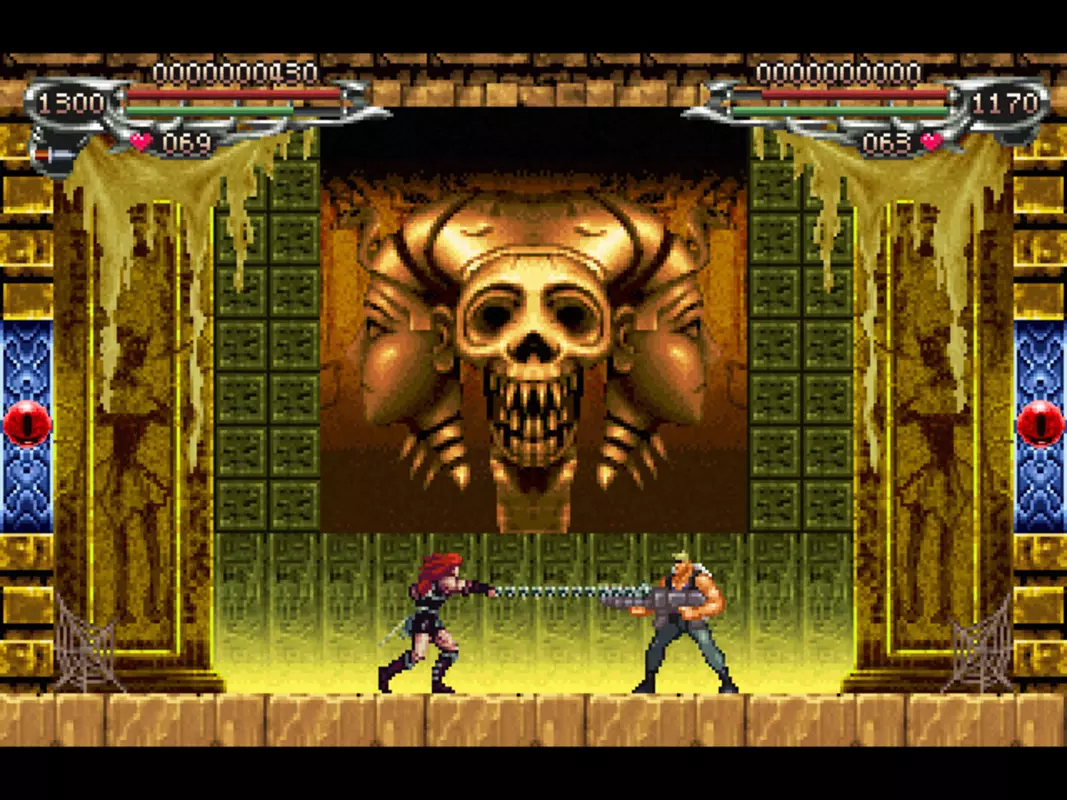 And I will admit that the game isn't quite as casual (for a dweeb like me) as I might have wanted. You can get by with just basic button presses and basic attacks but to really do well (especially in the higher, and faster, difficulties) you have to know your characters, their combos, and their special attacks inside and out. If you don't have all that down you're not going to be able to keep up with the bosses and all their sped up attacks and killing moves. It's sink or swim and I very much sank with most of the characters.

On that front I also want to note that despite how many characters there are a lot of them do feel very similar. That's what happens when you have so many Belmonts on the roster, each of which brings their usual holy items and a big whip to the fight. Sure, Sonia can cast her soul powers, and Richter has some of his fancy moves, but for many it felt like "oh, here's another whip guy with some crosses. Okay..." There i plenty of variety to be had in the game but Castlevania Fighter can't quite shake the sense that a number of them are just clones.

Still, considering the amount of characters on display, all the bosses worked in, the arenas, the music, and everything else, this is one of the better Castlevania mash-ups out there. It certainly blows Castlevania: Judgment right out of the water, and should prove to be a fun lark for any Castlevania fan to at least try out. hose that get hooked will likely find a fairly enjoyable battle experience to occasionally dive through once in a while. Do note that the 0.6.18 edition is the last release of the game as creator Serio stopped work in 2019. The game does feel pretty feature complete, though, so I'm sure you'll have a good time with what's here.