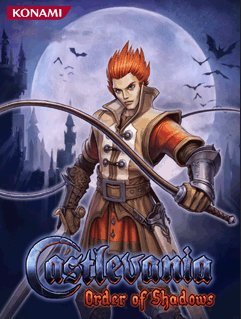 Nearly 100 years after Dracula's first defeat at the hands of Christopher (the second battle offsetting his 100 year schedule by 15 years), an order of his followers have arisen, looking to resurrect their lord once more. The Belmont on the scene, Desmond, finds out about the Order's plans, and sets out to stop the planned resurrection.

Battling his way through, Desmond finds not Dracula but the Lord Rohan Krause, leader of the Order. Desmond bests Krause, preventing the man from resurrecting the demon in his own lifetime, although his spilled blood did allow the Dark Lord to rise... whereupon he too was bested by Desmond.

No exact date has been given for this game -- it may not actually even be a canon release. 1670 is just a best guess. Even if it is canon, the title is considered a side-story. Even though Dracula does appear at the end, the title isn't really about him but one of his various orders of followers.

Krause claimed to have defeated Desmond's father in combat, killing the elder Belmont. The Vampire Killer, though, ended up in Desmond's hands anyway, showing that Krause was really bad at the whole "evil villain" schtick.

Krause also had a Magic Gauntlet, an item of some significance from Lament of Innocence (although not important to the plot of that game). The magic gauntlet allowed Krause power over alchemical magics. This gauntlet, too, Krause lost, as Desmond's sisters were able to invade the castle and steal it for Desmond (it's a really crappy Order when even people not wielding the Vampire Killer can just invade, steal grand items, and then escape scot free).