The early games in the Castlevania series were not marked with deep stories or much in the way of character development. Aside from seeing Sypha put her head on Trevor's shoulder at the end of Castlevania III, we never really got moments (major or minor) with the characters due to the limits of the systems and the style of games Konami was crafting.

Over time, though, the series did evolve and, by the era of the Nintendo 64, the scope of the Castlevania adventures broadened, allowing for longer stories and more involved character interaction. Say what you will about Castlevania for the Nintendo 64 (and we did, in our review), the game certainly did have ambition in its storytelling, featuring characters that were there to be more than just simply window dressing.

Rosa, a character that would simply have been a random boss in a previous game, is given a back story and true character interaction. She becomes something of a focal point for the adventure of Reinhardt Schneider as he made is way through Castle Dracula (and the surrounding lands). More than just someone for the hero to save, she's given heart and soul, a story to guide her and to act as motivation for the hero. It shows growth on the part of Konami, even if the game itself didn't always hold up to the ambitions of its creators. 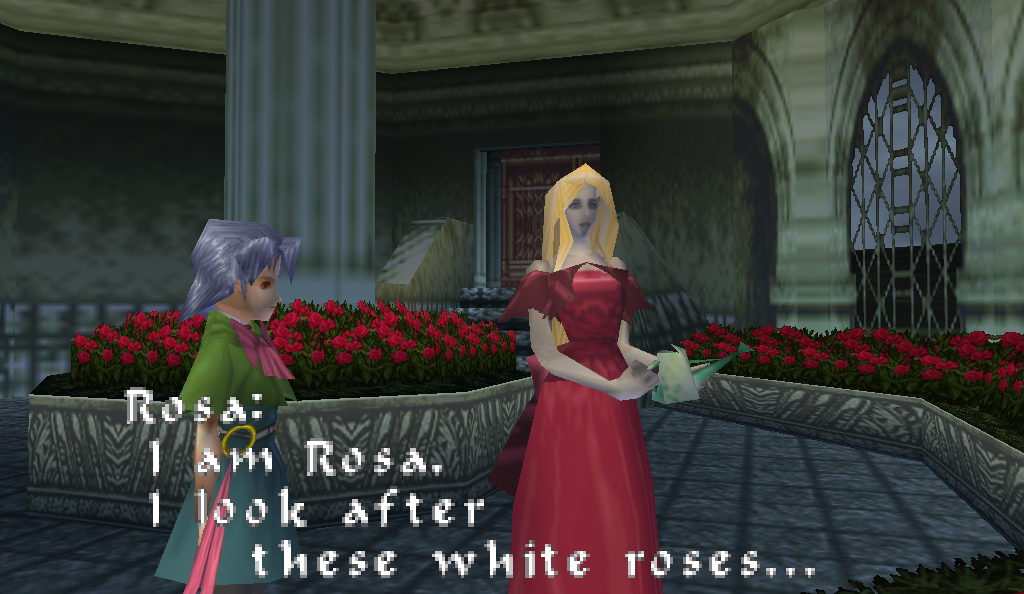 Whatever member of the Oldrey family that decided to build their family estate on the outskirts of the ruins of Castle Dracula clearly wasn't that smart as, time and again, the castle had appeared on the mountains of the Borgo Pass, discharging its monsters down across the lands, and this Villa was right in the direct path of those creatures. Practically on Dracula's doorstep, the Villa is essentially just another part of the castle's own terrain, close enough to be considered a royal estate, or maybe a suburb.

As recently as 1810 AD (in the official Castlevania continuity), Dracula's castle had once again appeared, so the decision to build on those lands was foolhardy at best. Build they did, though, with the Oldrey family creating their noble estates under the shadow of the ruins. So when Dracula's Castle appeared, once again, in 1844 AD, it was no surprise when the Oldrey estates were attacked and many members of the family were turned into vampires. It was inevitable, really.

It's unclear when Rosa, a poor servant girl, was hired on at the Villa; it could have been years prior to 1852 AD (when Reinhardt Schneider and Carrie Fernandez came into Dracula's domain on a quest to kill him) back when the first attacks happened on the Villa, or it could have been after, with Rosa being lured in by the Oldrey family only realizing later they were vampires. However it went, the servant girl was hired to tend to the gardens and generally clean up about the place. Her favorite spot in the Villa was the rose garden, a location she'd visit frequent, watering the plants (sometimes with blood) and taking care of them.

When Reinhardt and Carrie came to the Villa, they found Rosa and, though initially shocked by the vampiress, they did not kill her for she didn't seem a danger. Oddly in control of herself and resisting the vampiric curse, Rosa continued to act like she had in life, a fair and peaceful young woman. Carrie did not meet the girl again after this initial encounter in the Villa, when Rosa warned the heroes to flee and leave the cursed castle and its grounds. Reinhardt, though, would see her a few more times along his path. 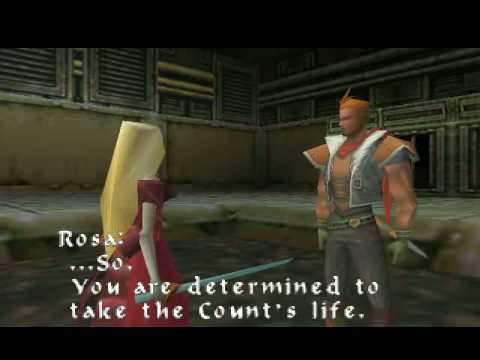 His next encounter with Rosa would come in the caverns beneath Castle Dracula where he found Rosa in a patch of sunlight seeping in from the world above. Tired of her unlife and wishing to break the curse that raged inside her. Reinhardt, seeing the good in her still, prevented her suicide attempt via sunlight, instead saving her for a time. This decision, though, would be used against him later when he met with Rosa again deep in the Castle Center. There, in a battle chamber where Reinhardt had previous fought some low-level vampires, the hero was forced to fight Rosa (as she was made to fight by Death). Although he did not wish to battle her, to save his own life he went through with it, eventually beating her back until she was forced to give up the fight.

Although the girl was defeated, Reinhardt still couldn't kill her, knowing that, deep down, she was still an innocent. Death, sensing this connection between the two, whisked Rosa away to potentially use her against Reinhardt again later. And it would be later, much later, in the Clock Tower, when Death's evil scheme came to fruition. Springing a trap on Reinhardt, the Grim Reaper nearly killed the hero but, as his scythe plunged towards Reinhardt Rosa stepped in at the last second, taking the blow, mortally wounding her. She finally got the death she asked for, in the arms of Reinhardt. But where Death might have hoped this would break the hero, instead it only fueled his rage, leading him to take Death on in battle, resulting not in the defeat of the hero but Death instead.

Fueled by a new-found desire to take out Dracula and put this whole bloody castle in the ground, Reinhardt fought his way to the top of the castle, taking on the vampires there and, eventually, defeating Dracula, sending the demon back to his grave for a long time (at least a couple of decades, easy). As he left the castle, though, Reinhardt met with quite a surprise: Rosa, given a second chance at life after her noble sacrifice. Overjoyed to see each other, the two went off into the future, hopefully of where life would take them together.

Of note, if you take too long in getting to the top of the castle and end up getting the "bad" ending for the game, Rosa won't appear. You failed to defeat Dracula properly and, as such, Rosa's noble sacrifice was all for nothing so the poor girl remains dead. You monster.

Rosa has a varied fight that can keep the hero on their toes (especially if they're already feeling worn down by the fight with Behemoth that took place right before in the Castle Center). She'll start equipped with a rapier, which she can use by dashing at the hero and slashing at him. But it's the rest of her attacks that will keep Reinhardt moving; she can cause an area blast around her that will radiate out a decent distance. She can also summon fire orbs above her that will shoot out in a spray, and she can toss a rose out at Reinhardt that will travel in a single line. All those moves keep Reinhardt on his toes, forcing you back. If you have sub-weapon these ranged attacks can deal solid damage and aid in the length of the fight, as otherwise this will be a slow, careful dance to defeat the vampiress.