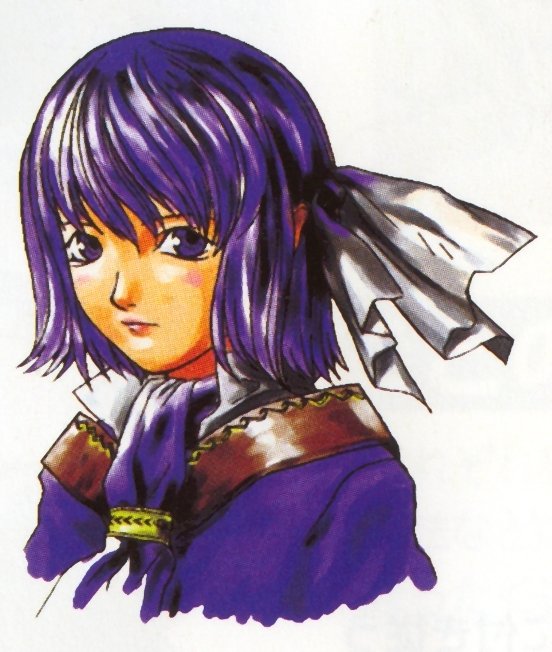 During the course of the Castlevania series, the ways Dracula could come back from the grave, over and over again, evolved. Although he simply appeared again, every one hundred years (with Super Castlevania IV even stating this was a power of his, to rise every hundred years), later games have indicated that his allies and minions have to bring him back. Eventually the idea of needing hosts for his power, even if only temporary, was added into the formula.

We saw the first hints of this in Castlevania II: Belmont's Revenge, where Dracula kidnapped the son of Christopher Belmont, Soliel, infecting the boy with his dark magic. Then, later in the timeline, Dracula's minions kidnapped four teenage girls to use their blood to resurrect the demon. In this adventure, Castlevania Dracula X: Rondo of Blood, the "bad sequence" of the game sees Dracula's power taking over one of the girls, Annette, making her into a vampire.

However, the idea of Dracula needing true hosts for him, bodies for him to infect and take over, only came about much later, with Castlevania for the Nintendo 64. This game (and its semi-prequel Castlevania: Legacy of Darkness) saw Dracula's minions kidnap a bevy of young children from the local towns, all so one of them could serve as the true new host for Dracula's power. That young host, Malus, was a child who very well might have been touched with the dark gift already, that just made him the perfect host for Dracula's dark soul.

This wouldn't be the last game to toy with Dracula's dark gifts infecting other hosts. Thematically this would come up again in games like Harmony of Dissonance and Aria of Sorrow. And, in fact, you could make the argument that this dark power is really "Dracula's Curse", as first alluded to all the way back in Castlevania II: Simon's Quest, showing a clear evolution of the idea across the whole of the series.

For his part, Malus is little more than a side character, a strange kid the heroes meet briefly before he ascends as the host of Dracula's power and effectively becomes the Dark Prince. Sadly, due to the nebulous place these games hold in the series (both N64 entries having been removed from the timeline by then-series producer IGA), we never had further evolution for the character so we never did find out if there could have been more to the boy after Dracula/Malus was defeated. We just have to assume he died, and Dracula moved on to finding a new host. Whether there could have been more to Malus beyond these games is, sadly, something we'll never get to see. 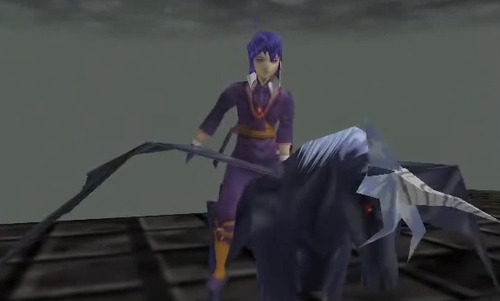 The events of Malus's abduction at the hands of Dracula's minions actually traces back to the prequel title, Castlevania: Legacy of Darkness. There, the hero, Cornell went up against the resurrected revenant of Dracula. In order to defeat the demon, and in the process save his own adopted sister, Ada, Cornell sacrificed his own magical powers (the soul of the wolf living inside him). This broke the seals holding Ada, and the two fled the castle. However, this lupine power was trapped in a crystal by Dracula's minions, ready to be used to properly resurrect the Dark Prince, fully powered and ready for action. All they needed was the proper host.

At the same moment Dracula was defeated by Cornell, a young couple gave birth to their first child. A boy with blue hair and eyes, this couple named the boy Malus. He grew up over the next eight years, hardly suspecting his connection to the demon. However, it was prophesied that a young child, born at the moment of Dracula's death, would become the new host for the demon (shades of Soma Cruz in that regard). At the age of eight, having grown into something of a violin prodigy, the boy started to notice his powers growing, felt that there was something wrong, and suspected there was something truly tragic about to happen.

Knowing they needed to find the child-host of Dracula's magic, the demon lord's minions went out into the countryside and kidnapped all the children of the right age, Malus included. These kids were stolen away back to Castle Dracula. Only one of the children was important to their cause, but the rest were hidden away in the castle to keep whatever heroes showed up occupied. Two of the heroes, Reinhardt Schneider and Carrie Fernandez, headed into the the castle proper to find the demon while a third, Henry Oldrey, came to the castle specifically to find the children and rescue them all. Malus, though, was not one of the kids Henry was able to find and save.

Twice during their journey, Reinhardt and Carrie encountered Malus. The first was in the Villa area of the castle grounds where, fleeing the made Gardener, Malus comes asking for help, claiming he was one of the kids kidnapped when his village was burned down (although all further memories of happened and how he got to the castle apparently had vanished from his mind). The heroes lead him out of the maze, although he runs off soon after. They then encounter him again deeper in the castle, finding the boy gone quite mad, making statements about Dracula and acting quite unlike the young lad they'd first met.

After reaching the tip of the castle, they find Malus one last time. Here the boy fires upon the heroes with bow and arrow before fleeing down the castle steps. When the heroes confront the boy, he magically ages, going from eight-year-old to adult before their eyes, becoming the true embodiment of Dracula. This then leads to a pitched battle with the boy attacking as Dracula would. Upon his defeat, though, he reverts back to his Malus form, seemingly freed of the curse of Dracula.

This, however, is a ruse. Earlier in their quest, the heroes encountered an aged vampire hunter, Charlie Vincent. When Malus reverts, Charlie appears and douses the boy with holy water, revealing that it was all a ruse and that the child is still a vampire. Dracula/Malus then warps the heroes to a demonic realm for a final battle before, this time, truly giving up the ghost and dying properly once again.

The heroes are victorious, but the young boy Malus could have been was lost, devoured by the darkness of Dracula, never to be seen again (because these games were excised from the timeline).

It's worth noting that these events follow the "good ending" for the game which, of course, is the canon as far as these games fit into the larger series. However, if the heroes take too long getting to the top of the castle, they'll have to fight Charlie Vincent, the vampire hunter, who managed to get to the top of the castle before the heroes. He, however, wasn't strong enough to fight the vampires at the top and (reading into events) he was turned into a vampire (likely by Malus's hands). The heroes have to fight Charlie, killing him, which then means the aged vampire hunter isn't around to reveal Malus's ruse.

If you're playing as Carrie, this even gives her a bad ending where the young witch leaves the castle with Malus, still in his child form, acting like the two will travel off around the world together (and implying that she soon would be turned into a vampire by this young Dracula, to serve as his next minion). That's pretty dark, really.

Also note: we cover fighting Malus, in his adult form, over on the bio page for Dracula.