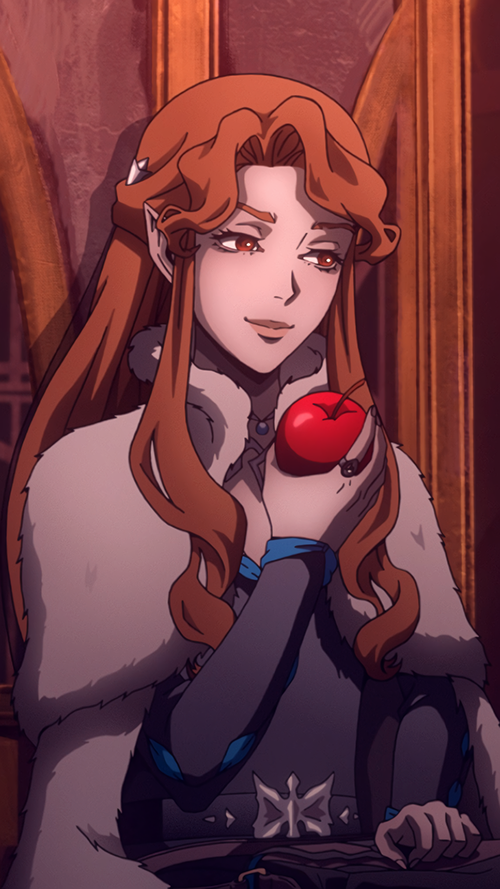 Vampires are usually considered solitary creatures. As hinted at by Sumi and Taka in the Netflix Castlevania anime, a vampire lord will more into a region and take it over, becoming the undead power-base for the region. All other vampires are either vassals to the master or vying for the throne, there is no middle ground. The vampires of the world served Dracula because he was the most powerful vampire in the world, but even then they didn't it unwillingly and would have rather been anywhere else (or the ones in charge).

That's what makes the Council of Sisters -- the group of vampires made up of Carmilla, Morana, Striga, and Lenore -- so interesting. These are four vampires that clearly aren't actually related but they've all been together long enough that they act like family, and they rule their land together as equal partners. That kind of relationship would seem antithetical to how vampires live, but these four realized that working and living together was better than being independent.

For Lenore's sake, she's depicted as a diplomat, one that works behind the scenes to show up power but either because of her size or her age (or more), she's not taken as a serious master vampire. And yet she is an equal to her sisters and, as her story unfolds, we see that she's a better tactical thinker, and a stronger ruler, than any of her sisters could ever be. 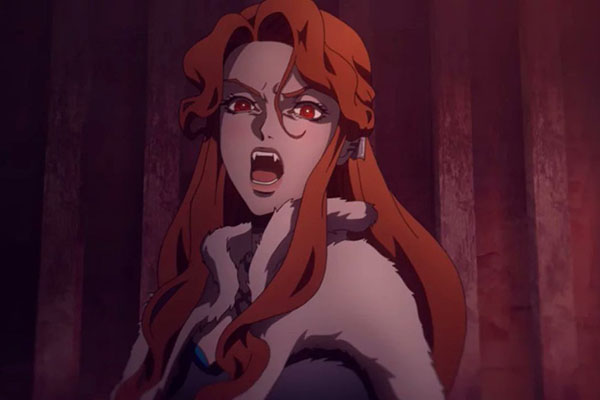 Lenore, along with sisters Striga and Morana, was at the castle when Carmilla returned from her abortive attempt to steal Dracula's power (at the end of season two). After her (petulant and angry) sister had her captured Devil Forgemaster, Hector, thrown in prison to make him more pliable, Carmilla met with her sisters in the Council Room to discuss her next plan:

It wasn't Carmilla, but Lenore, who came to see Hector during his imprisonment and convince him to be their ally. Although he didn't trust her at first, even making an attempt on her life (which went predictably poorly as she had vampiric powers and he was just a naked prisoner), eventually the two came to a kind of understanding. A friendly one, even, from the signals Lenore was giving. She brought him gifts of food, or books to read, furniture for him to study at, and he told her about his life, his powers, and his reasons for joining with Dracula.

Over time she even allowed he out into the castle grounds (once he was dressed, from another of her many gifts), under the guard of Lenore but still allowed to walk around in the fresh air. He was forced to wear a leash, which Lenore said was because he'd tried to take her life, but just being out in the air and allowed to have some kind of freedom was a big change, one that he appreciated.

Eventually, Lenore revealed that the vampires didn't even need Hector. Her sister, Morana, had struck a deal with the mercenaries of the local kingdoms which gave the vampires all the bodies they needed for whatever military quest they would launch. Without the need for his Devil Forgemaster abilities Hector could go free. Lenore just needed to know what he wanted.

As it turned out, Hector wanted Lenore. He'd fallen for the young-looking lady vampire and, very soon, the two fell into bed together. She begged him to promise her his love, his loyalty, his devotion, which he gladly did in a moment of climax. Unfortunately for Hector this had all been part of Lenore's plan. She'd been the local blacksmith and had him make her rings of enslavement. Whoever wore a ring and said words of devotion would be enslaved to anyone that had the other ring. She gave a ring to each of her sisters while the one of Hector's finger (that she slipped on while they had sex) forced him to obey their every whim.

The vampires had everything they wanted: an army of men, a second army of monsters ready to be forged, and a Devil Forgemaster at their beck and call. All it cost was Hector's freedom, a small consideration for Lenore as she now had a powerful pet (who was also, by her own admission, quite good in bed). Her power, and standing among the vampires, had grown.