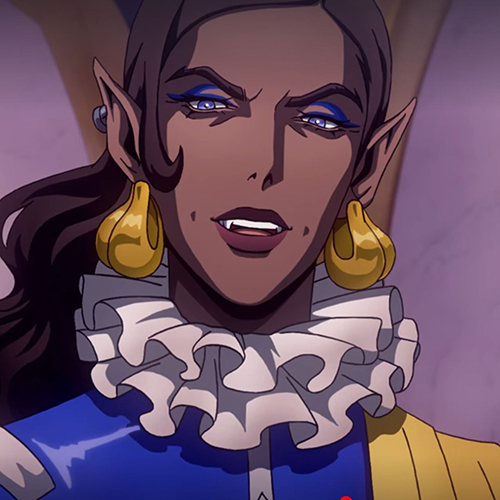 Most vampires in the Castlevania series are European in depiction, which makes sense considering that Castle Dracula resides in Wallachia, an Eastern European principality in what would eventually become Romania. The vampires of the series are pale and white and obviously were natives of the surrounding region before their invitation into undeath. But then, most characters in the series, hero of villain, follow that same template, and the series itself largely draws from European folklore for its various monsters (Shaft, for a while, being the sole exception).

With the introduction of the Council of Sisters in season three of the Netflix series, though, Castlevania added another non-European character to its menagerie. Due to her style of dress, as well as her darker skin tone, the implication is that Morana originally hailed from the Middle Eastern (or even African) region of the larger combined continent. Her personality is like that of her sisters, but her skin tone alone sets her apart in a very pale, and rather homogeneous, collection of vampires and fiends.

On the Council Morana serves as the chief strategist, negotiating deals and working behind the scenes to administrate the functions of the kingdom the Council rules. She's not a warrior like her sister (and lover), Striga, but she's considered an equal member of the Council due to her fast and effective mind. 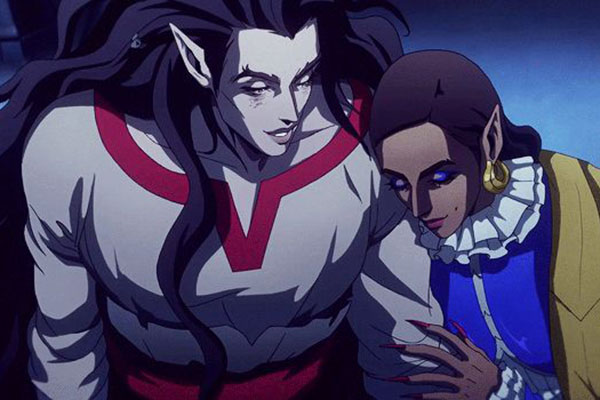 Morana, along with sisters Striga and Lenore, was at the castle when Carmilla returned from her abortive attempt to steal Dracula's power (at the end of season two). After her (petulant and angry) sister had her captured Devil Forgemaster, Hector, thrown in prison to make him more pliable, Carmilla met with her sisters in the Council Room to discuss her next plan:

She needn't have worried, though, as Lenore had her own crafty plan. She'd made Hector fall in love with her and, in a moment of passion, she'd had him pledge his undying loyalty to her. While he did this she'd secretly put an enslavement ring on him, which bound him to her as well as anyone else with one of the rings. These she gave out to her sisters, making him loyal to each of them as well.