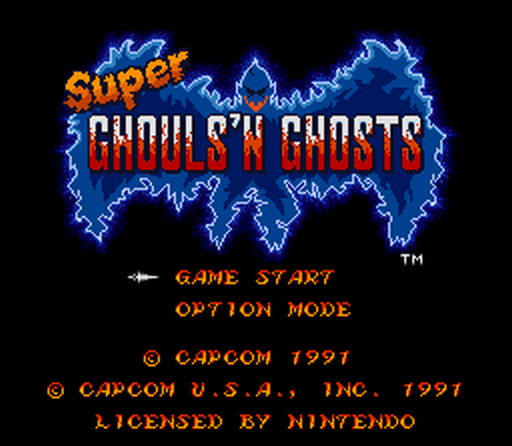 The Ghosts 'n Goblins series started as a perfectly engineered arcade experience. The challenge was set at such a point that players could drop in a quarter and, over the course of three lives, get three minutes of play time. That was what arcade owners were looking for, that churn. One quarter, three minutes, and some progress all to get players to pump in more quarters to try again. It just so happened that in the case of the original Ghosts 'n Goblins, three lives in three minutes didn't really get the player very far. They'd be lucky to get through the first stage of the game in that time span. It gave the game, and the series as a whole, a reputation for being tough as nails.

While some companies would tone and hone their games to make them easier over time, more accessible so that more players would buy the games as they moved over to home media, that wasn't Capcom's way. Their early arcade ports of the series maintained the punishing difficulty (with few exceptions) of the original releases. The series was known for being hard and instead of changing that, Capcom leaned into it, embracing what got hardcore player response. Artur was destined to always run around his world just on the edge of death, seemingly far from his goal of saving his lady love.

At its core, the third game in the series, the SNES exclusive Super Ghouls 'n Ghosts, maintains that challenge. If you play the game on its hardest difficulty what you'll get is the pure, undiluted Ghosts 'n Goblins experience: punishing difficulty, enemies seemingly coming from everywhere, no hope of ever clearing anything, and a quest that forces you to play through it twice, just right, so you can get to the true ending of the game. It's everything hardcore players wanted from the series.

Now, you will note that I mentioned the game's "hardest difficulty". This was one of the nods Capcom made to making the game more palatable for common players. You could tweak down the difficulty from "Professional" to something more bearable in the options menu and, suddenly, things got just a little easier. Only a little, mind you, as this game still really didn't want you to play it successfully, but instead of a truly unbearable experience for all but the hardest of the hardcore players, now some might have had a hope of getting through the first stage of the game. 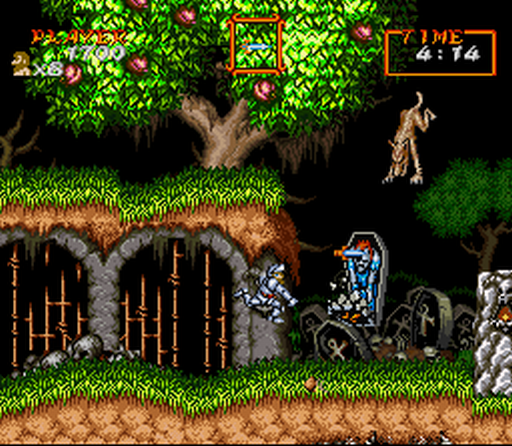 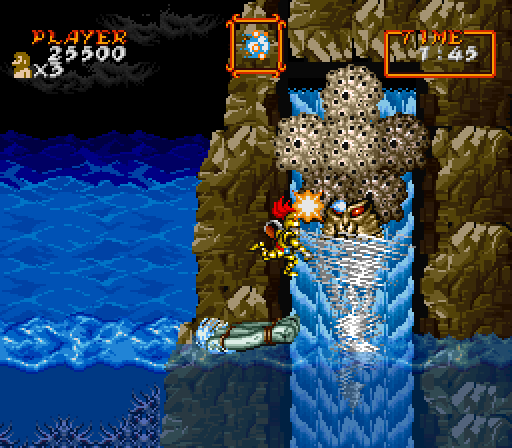 That being said, I do feel like this game is subtly easier than previous adventures in the main series (the Game Boy Gargoyle's Quest already being an outlier). Previous games certainly felt like things were placed just so to purposefully get you without any way to fight back. The SNES game, though, seems to be paced and placed to be fairer. Yes, there are plenty of obstacles that you have to die on once just to know what's coming, but there's also more than a few tells for traps and enemies, making sure that a careful observer with a keen eye (and no small amount of twitch skill) can get through this game without all their hard work being undone due to unfair tricks.

Adding to this is a series of power-ups that actually help to make the fight feel a tad more even. Scattered through stages are armor upgrades (first to bronze and then gold) that will amplify Arthur's power. Bronze armor will upgrade Arthur's weapons, making them more powerful. Gold armor not only comes with a shield that can deflect some hits (although you will have to find replacement shields) but it can also charge up your weapons further, creating powerful magical attacks (that also give Arthur some invincibility frames). These powerful attacks really do make fights easier, especially against the big bosses at the end of each stage.

Of course, to get the most of Arthur's arsenal you have to be able to keep that armor on. Each hit Arthur takes will destroy his armor down, leaving him running around in boxers until he can find his upgrades once more. In this regard the game feels like many classic shoot-em-ups where those games will punish a player for dying by spawning in a bare-bones ship without any of the power-ups they'd collected over time. Arthur ends up bare, in more ways than one, and clawing your way back to full power could be pretty rough.

Fans of the series will also appreciate that one of its biggest tricks is still preserved in this three-quel: you have to play through it twice just to get to the true ending. This time around, fair Princess Guinevere has been targeted by the demons because she had, upon her person, the Goddess Bracelet. To defeat the evil demon Emperor Sardius Arthur has to have that bracelet, but you can only get it on the second play-through. Enjoy going all the way to nearly the end before getting a message of "sorry, Mario, but your perfect weapon is in another castle," before getting sent back to start. 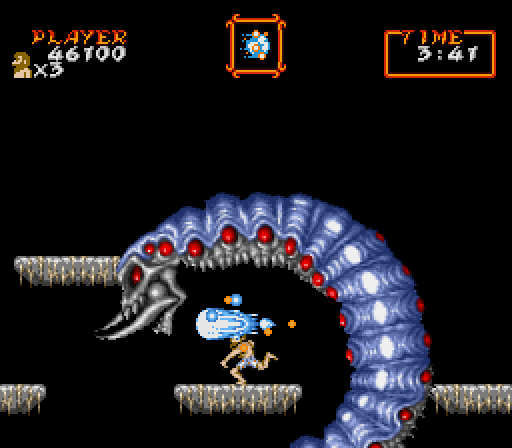 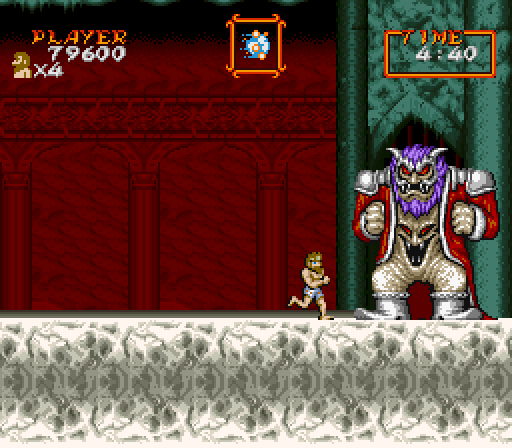 Even then this doesn't really make the game that unfair, though. You c an get the bracelet early in the quest, but if somehow you do end up dying on your second play-through you can find duplicates of the bracelet all the way up through the final stage of the game. You need to get to that last boss fight with the bracelet in hand yes, but you will have plenty of opportunities to make that happen. Super Ghouls 'n Ghosts is stupidly hard but not psychotically evil.

It's why I feel like Super Ghouls 'n Ghosts is the most accessible game in the series. It's not an easy game, even on the easier difficulty settings, and there are still plenty of places that will send players off, screaming into that good night. But if you have the time and patience to learn this game's tricks you'll find a game that maybe, just ever so slightly, will actually let you win your quest. You just have to earn it.

Coming out the same month as Super Castlevania IV it's hard to ignore the similarities in design choices between these two SNES titles. It's almost like each company saw demos of what the other was working on and used that as inspiration for their own design choices. Rotating rooms, spinning halls, and other Mode 7 tricks are abundant in both games, giving each that delightful, early-1990s "SNES tech-demo" vibe.

Beyond that, though, these two franchise do stray further away from each other at this point forward. They stick to their own design ideas and follow their own paths, with Capcom continuing to explore the hard-as-nails platforming genre while Konami eventually moved the Castlevania series towards Metroidvania game play just a few years later.