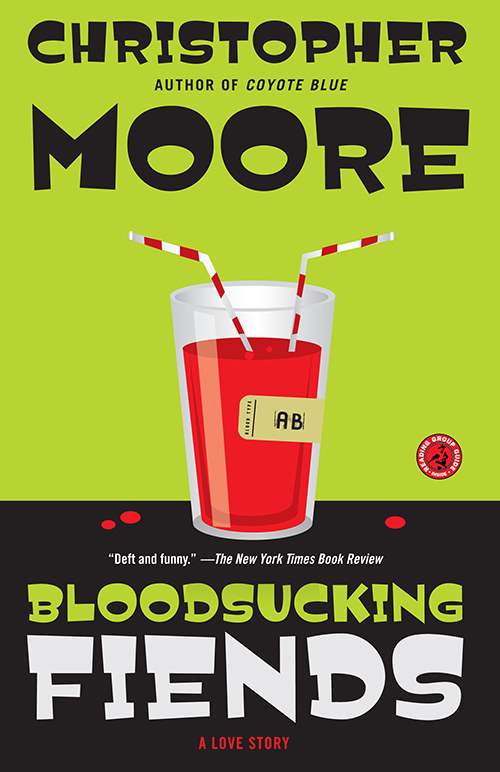 I am a fan of horror-comedy. Honestly, I'm generally a fan of any kind of fantasy so long as comedy is blended into it. While high fantasy on its own annoys me (it's frankly a silly concept, all these various fantasy races blending around, and no one in their books ever comment on it), once someone (like Terry Pratchett) adds in comedy, suddenly the fantasy works for me. Suddenly the characters can comment on the silliness and the book can poke holes in its otherwise self-serious tone. Being able to take the piss out of your own concept, once in a while, works better for me than staying straight and serious all the time.

Horror-comedy has that same benefit. Things can get dark and dreary but having a joke, once in a while, really helps to liven the mood. Plus, in the right hands, horror-comedy can be scarier than plain old comedy because then the scares, whatever they may be, come out of nowhere. There's a shock value that straight up horror can't quite match. It's the reason while slasher films with co-eds heading out into the woods to be chopped down by a killer lack the same luster as the horror-comedy that Sam Raimi could get out of his Evil Dead movies. In the right hands, a master's hands, comedy can accent horror (and vice versa).

I wouldn't say I'm a big fan of the author Christopher Moore. Various of my family members have spoken highly of his books but, frankly, most of his novels feel a little too meandering while lacking the humor needed to carry the satire to conclusion. For as comedy writer, Moore doesn't have the true laugh-out-loud moments of Pratchett, or Robert Asprin, or even Piers Anthony (when Anthony wanted to get weird and funny). Some of his stories are fun, but often it feels like he gets lost in his concept, or his characters, and simply doesn't want the book to get to its story so he doesn't have to leave the characters behind. That's a flaw, honestly, for his vampire trilogy, which starts with Bloodsucking Fiends: A Love Story, but his way around that was to simply end the story without abandoning the characters. Why tell a story in one book when you can do it in three?

For a horror-comedy, the Bloodsucking Fiends trilogy does err on the side of comedy over horror. But for a comedic book about vampires (and love, and sex, with just a bit of horror mixed in), this first volume does work really well. Whatever mistakes the author may make with these stories down the road (which we'll get to in due time), this first book manages to put together a pretty fun little vampire book all while exploring a world ripe with possibilities. It's a solid volume on its own, free of the cruft that would come in the later volumes.

In the book we're first introduced to Jody, a mid-20s business woman living in San Francisco. Although she had big dreams when she moved to the city, she finds herself working an office job (in the financial district) that she hates, dating a man she doesn't really care much about, longing for what could be if she could only get her act in gear. Then along comes a vampire one night, who attacks her and drags her off into an alley. Two nights later she wakes up, dead but alive. A vampire. Confused at first, but also suddenly carrying around ten grand that the attacker left behind for her, Jody has to figure out what to do with her life now that it's suddenly over.

First thing, she decides, is that she needs a minion, someone that can take care of her day-business (since, at dawn, she suddenly "dies", not to awaken again until the sun goes down). That's when she meets C. Thomas Flood (Tommy to his friends, while the "C" is just an affectation). Tommy, 19 and new in the city, wants nothing more than to be a writer. When a vivacious redhead, Jody, comes on to him at his job (working nights as the stock manager at a Safeway), Tommy suddenly find he's dating (and in love with) a vampire. He's getting sex, but he starts to worry about what this means for the next phase of his life. Oh, and there's a master vampire going around, killing people, trying to pin it on Jody and Tommy. What are two young lovers (on alive and one very dead) to do?

As the title of the book says, Bloodsucking Fiends is a love story, although honestly this is probably the weakest part of the book. Tommy and Jody are great characters, and the book explores both of them in great detail, but as far as "love" is concerned, the book doesn't really do a great job exploring their feelings for each other. It's more accurate to say this is a "horny story" as they certainly have a fair bit of sex (none of it described in detail, mind you), but the book glosses over the love just as much as it glosses over the sex, to the detriment of the characters.

Of the two leads, Jody is the more interesting character. The book explores what being a vampire means to her, comparing her old life, where she was your average woman on the street, wary of would-be attackers and the threats that others can pose on a woman, alone, at night (having her attacked by a vampire certainly proves her point). She gets to contrast her old fear, where she felt like prey on the street, to her new-found power as the predator of the night, and this empowered Jody gives us all kinds of insight not only into being a vampire but simply into her own head-space as well.

Tommy is interesting on his own, but more because of the people around him than his own mind. He wants to be a writer, but he never writes anything (he's not a very good writer, but he is only 19 so that's to be expected). But he does have a good crew of friends he makes in the book: the Animals. These guys work as stock-boys at the Safeway, and they're a bunch of burned-out stoners without much going on in their lives besides drugs, work, and more drugs. The collection of characters, though, are interesting and they help to liven up the story (and add a fair amount of humor) due to their collective stupidity. Certainly they're treated better here than in the later volumes of the series.

The horror part of the novel comes in when the master vampire starts killing bodies and leaving them around. This part of the story -- the vampire toying with the woman he just converted, playing with her like a cat and mouse -- adds needed tension and gives us a villain to focus on. He's not given a lot of depth here, acting from the shadows as he does for most of the novel, but just having a threat here to work with, so its not just Jody and Tommy screwing and exploring her vampire-hood, gives the book its body and thrust.

Honestly, Bloodsucking Fiends: A Love Story is a trifle at best. It's silly, and not that scary, with a tone that does feel muddled at times. Were it even more of a broad comedy, or a bit scarier (or, hell, a bit sexier) it would be easy to pin down just what kind of book Moore was aiming for. That said, however, this is a fun little book that tells its story and then leaves in just the right amount of time. Yes, it doesn't have a true ending (there's a bit of a cliffhanger at the end that, for fans reading when the books original came out, would go unanswered for fifteen years), but it does end in such a way that you don't feel completely betrayed, either. Call it a flirty vampire bodice ripper and, if that sounds amusing enough, give it a read, at least once.