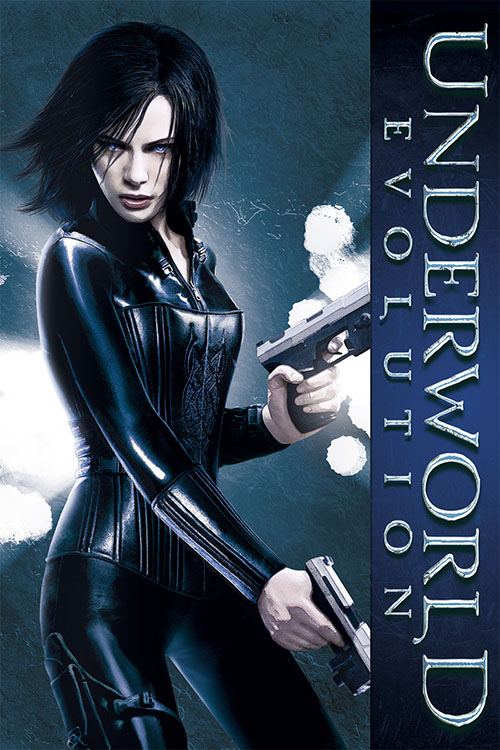 While I know that the original Underworld has its fans. Coming out around the time of the Matrix sequels, that film blended cool looking people alongside vampires and werewolves. Its a solid mix of ideas that, while I certainly didn't feel like it worked, did produce decent results at the Box Office. There's a certain appeal to not just those monsters but also, if we're being crass, seeing Kate Beckinsale wandering around in skin-tight leather while kicking all kinds of ass. The film played to its strengths. It was bad but successful.

Success is the only metric Hollywood cares about, of course, so three years later Sony Pictures gave us a direct sequel to the original film. Underworld: Evolution picks up the plot threads of the original and continues the story forward, but, as a credit to the movie, it actually has a more cohesive and interesting story, even if the bar for that was set very low by the previous film. It's still not great but a marginal and incremental improvement is an improvement all the same.

The film starts not in the present but back in the past, 1202 AD, with an explanation (once again) that the lines of werewolves and vampires came from two brothers: Markus Corvinus (Tony Curran), who was bitten by a bat to become a vampire, and William Corvinus (Brian Steele), who was bitten by a wolf to become a lycanthrope. These two were the originators of their lines and, as we learn, if one were to die all that came from them would also die (or so it's thought). We watch as Markus and a band of vampires (led by Bill Nighy's Viktor) find and capture the lycantrophic William, casting him into a prison supposedly for all eternity (so the vampires can have their lycan slaves).

Back in the present, we find Selene (Kate Beckinsale) and Michael Corvin (Scott Speedman) on the run after the events of the previous film where they had killed Viktor. Now running around in Eastern Europe, the two simply want to stay alive. Fate, though, draws them back into the battle as an awakened Markus wants to find the prison of his brother and let William out. If the two beats were freed together they would cut a bloody swath across the world, which is something Selene has to stop. So she and Michael head out to prevent the release of William, the rise of Markus, and the death of everyone else on the planet. 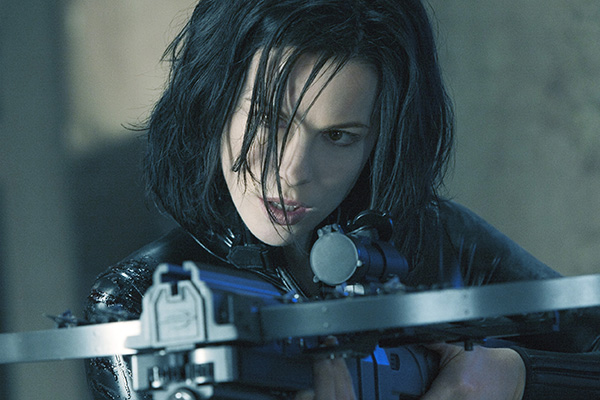 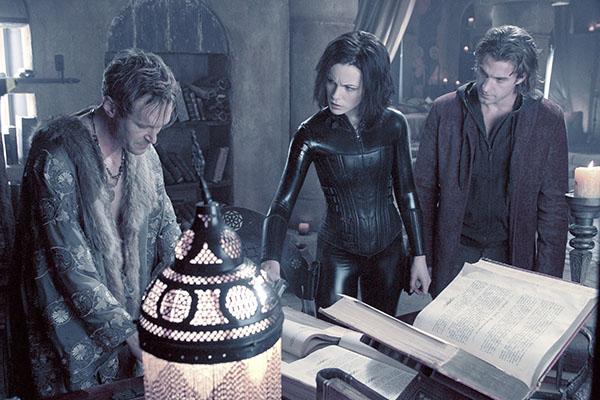 As noted, this story is much more cohesive than the previous film. For starters there aren't any double- and triple-crosses to deal with here; it's a simple "these are the bad guys and we have to kill them" plot. That may not be as intriguing to some, and it certainly doesn't do much to flesh out the world of lycanthropes and vampires, but it does mean we can easily understand who the good guys are (Selene and Michael0, who the bad guys are (basically everyone else), and what has to be done to save the day. On that front, we get a whole lot of ass-kicking in tight leather.

With that being said, this film is still confusingly plotted and not great. To start, Selene's character is still not the best heroine we could have gotten. To the film's credit, we do finally get a note from her that, "hey, killing humans is bad," but there are so few human characters in the film that doesn't really land. There's no temptation on her part, no worry that she might give into the blood lust. It's some preached words (told, not shown) and then she goes back to being the stone-cold killer we know.

She's still the most interesting character we get, which shows how little the film invests in anyone else. Markus, who it should be noted is an elder vampire that has spent centuries working to build up vampire society, is only defined here by his desire to free his brother. This despite the fact he had centuries to try, at any point, ,and figure out how to free the brother but no, only now does he seem to care. He's more interesting that his descendant, Michael, though, as Speedman's character gets nothing more to do than follow Selene around like a (hybrid) puppy dog and sometimes fight. There's just nothing here to latch onto for anyone.

The action between the characters is improved this time around. It's less reliant on bad CGI and more reliant on some bad practical effects, but It'll take practical effects over CGI any day even if they are bad. There's a visceral quality to even the cheesiest of practical effects that CGI simply can't match. That combined with better cinematography means the action sequences hit better. It's messy and silly and you never have anything to care about, but some of the action is at least cool looking. 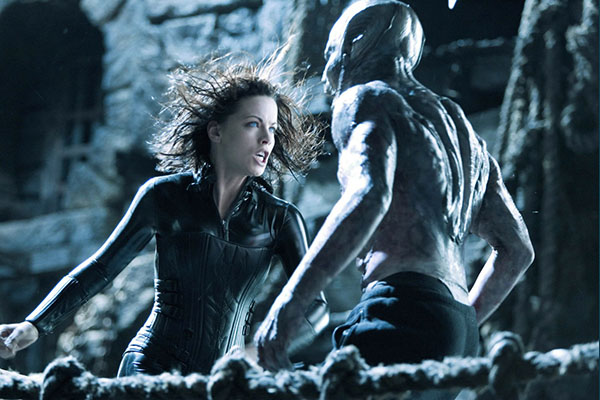 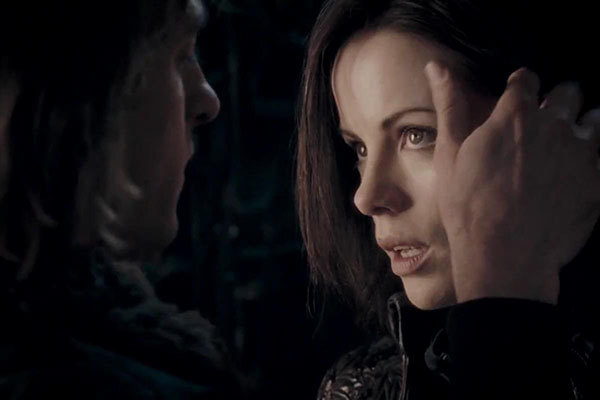 The biggest issue this film has, which it shares with the first movie, is that you still aren't given any reason to care. Everything in this story, from the vampire society to the few werewolves they fight, feels at a remove from the real world. All of this happens behind the scenes, in shadows away from mortal men. All their talk about how they have to stop Markus and William from destroying humanity feels hollow when there aren't any humans around for them to destroy. It's a very clearly sound-staged set pieces, some scenes shot in the middle of nowhere in Eastern Europe, and not much else. We're supposed to care about how these monsters could impact our world but the reality of Underworld: Evolution feels like it happens in another plane of existence and not something that would ever impact us.

Underworld: Evolution is an improved film by some metrics, but where it matters this film still fails. It's cleaner, it's more focuses, and it has somewhat better action, all of which is good. We still don't care about the characters, the world, or the events within. Everything happens in this weird, airy remove without any impact or consequence. Vampires and werewolves battle each other again but it's hard to give a crap when clearly none of it matters at all.

What this film needs is stakes and it hardly manages to find any. Until the series finds a way to invest in its characters and its world none of this is ever going to really matter at all.