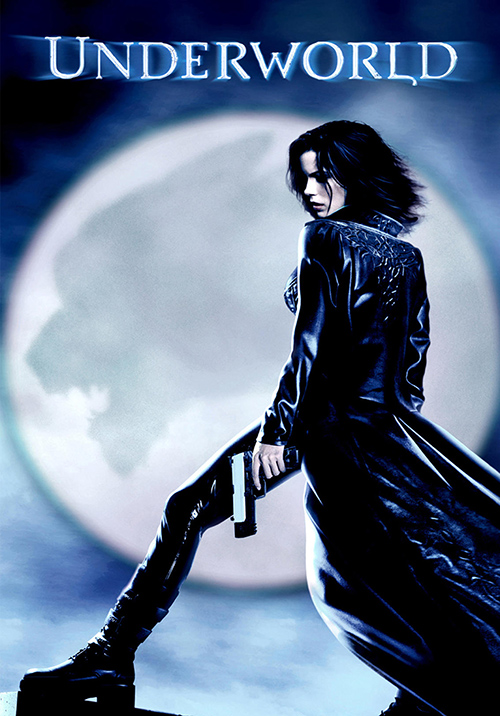 Vampires are cool. Werewolves are cool. There's nothing more interesting than seeing two great monsters go after each other. Universal understood this as many of their classic monster crossover films eventually devolved into one monster betraying another with a big fight at the end. When you have a vampire and a werewolf, there's an innate desire to see the two of them kick the ever-loving snot out of each other. We want them to smash together like action figures. That's what would make them as cool as possible.

To the credit of the 2003 Underworld film, the one that started a whole franchise, the movie understands that vampires fighting werewolves is really damn cool. The film is all about chasing that cool: cool music, cool sets, cool costumes, cool action, and cool monsters. Everything in the film feels like it was engineered from the parts of other movies, borrowing the style of The Matrix and the monsters of classic Universal films, to create a film guided by pure cool. Unfortunately, while chasing a style that looks cool, nothing else about the movie was engineered to work in the slightest. It's all flash, no substance.

The movie focuses on Selene (Kate Beckinsale), a Death Dealer for the vampires. She supports vampire society (which, naturally, worked behind the scenes of human society), going out into the night to kill lycans (what this film calls werewolves). Werewolves are the bad guys, fighting against vampires in their eternal war. If the werewolves were to win, vampires would die and that, presumably, would be sad. Selene is the best of the Death Dealers and she's the one on the front lines doing what needs to be done.

Soon, though, she starts tracking a human, Michael Corvin (Scott Speedman), a man that the lycans are apparently very interested in capturing. She reports this to her superior, Kraven (Shane Brolly), but her thoughts on the matter are largely dismissed. Thus, without any support, she goes out to track down Corvin and see what's going on with him. What she finds is Lucian (Michael Sheen), the leader of the wolves who has been thought dead for centuries. Somehow he's alive and wants Corvin to help him, somehow, end the reign of the vampires. Corvin (more specifically his blood) is the key, and Selene ends up having to work with Corvin to find out just what is going on. This pits the two of them against the vamps and the lycans for the fate of both worlds. 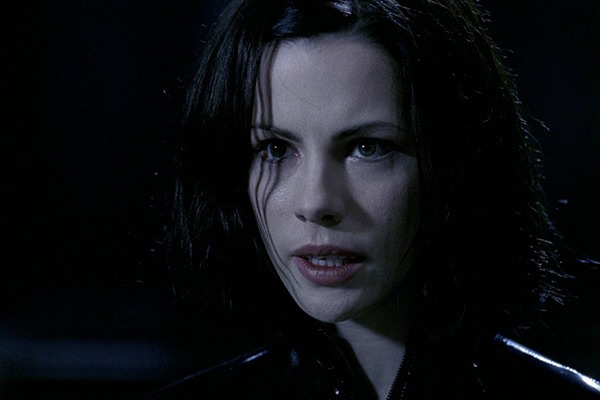 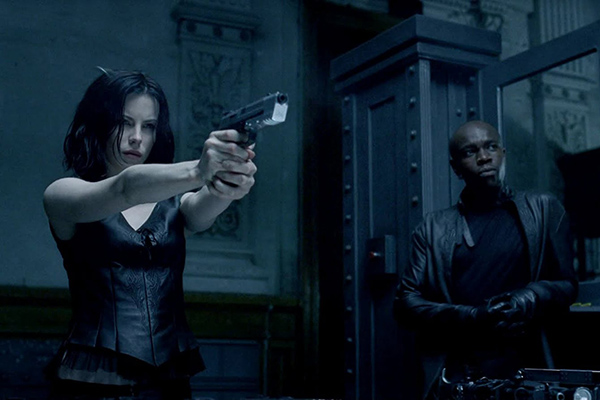 Make no mistake, Underworld is a mess of a film. Written by Danny McBride (not that Danny McBride) and directed by Len Wiseman (that Len Wiseman), the film is overstuffed with ideas. Lycan history, vampire history, how their worlds are ruled, how they hate each other, why they hate each other, why is going on with Corvin... On and on the movie drones on at us about one big idea after another, often told to us instead of just letting characters and situations reveal them gradually. The movie doesn't lack for detailed background, but it does lack from a cohesive script.

The big issue is that we're never given a reason to care about anything going on. The film starts with Selene droning on about the war with the lycans right before she goes on a hunt. The vampires and the lycans fight each other, people die, and stuff gets shot up real good, but none of it lands. Are we supposed to be rooting for the werewolves, or the vampires? Neither? Both? The film doesn't seem to know as it keeps shifting its own loyalties around, never once letting us know what actually matters. It's a bunch of monsters and things explode.

Stylistically the film does resemble The Matrix. Everyone runs around in tight leather, with long coats and sunglasses, shooting at each other while doing aerial tricks. The film manages to nail the look of that series (although bathed in blue light instead of green light) but it doesn't really have the direction. The action in the film is choppy and hard to follow sometimes. Characters all look alike and act alike, running at each other with claws and fangs, leaving you no room to really process who is doing what to whom. It's a film that saw The Matrix but didn't really understand that movie.

Fixing this would have required a better director, for sure. Wiseman is a hack who has made a career out of directing bad movies that somehow do well at the Box Office. He's made all of these films as well as the little-loved fourth entry in the Die Hard franchise and the even less well-liked Total Recall remake. Hollywood seems to think this man knows how to direct action films, but simply watching Underworld should dissuade you of that thought. This is an incoherent mess. 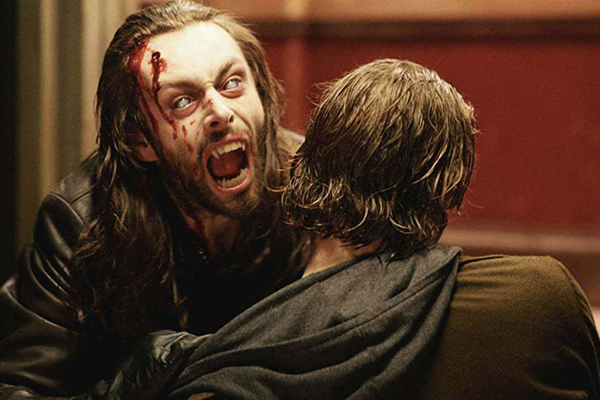 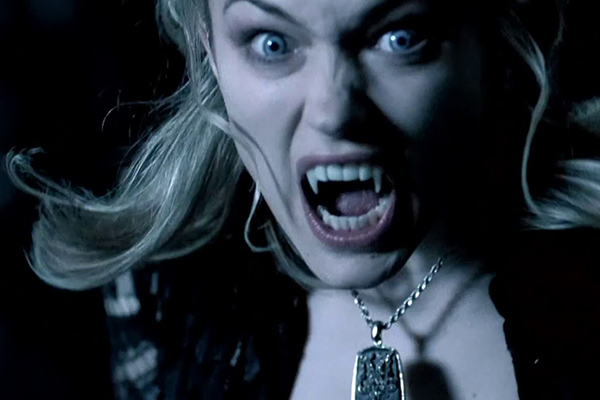 Really, though, it's the fact that you can't care about anyone in this film that drags it down. Centering the action on Selene, as cool as Kate Beckinsale looks in leather, means we don't get a perspective to let us know if the vampires are worth caring about. They want to protect their society, sure, but they're also monsters that kill humans and stalk the night. Are they really people we should be rooting for. The Lycans never come into focus, though, so we hardly know if they're any better. They also hunt humans and stalk the night so it doesn't seem to be the case. An every man at the center of it all, having the story told from his perspective, would work better. We do have Michael Corvin, but the film barely pays attention to him unless it needs to drag him along to some other place so the vampires or the lycans can do things in his presence. He simply exists in the film.

This is where you know the film didn't learn the right lessons from The Matrix. That movie focuses on an everyman who, one day, will grow up to be "The One". It's fated. So the movie surrounds him with superhuman people, hackers and agents, fighting each other while he's caught in the middle. We know who the good guys are, as well as the bad guys, and the film easily sets up the stakes for why we should care. Corvin could have been that same person, a guy fated to be "The One" (which he is, although that hardly matters in the film, really), with two sides fighting over his fate. Focusing on him, letting him learn organically about everything, before making him the hero of whoever, that would have been a story worth watching. But that's not Underworld.

Aesthetically Underworld is a film that drips with cool. It has very pretty people doing very shallow things but, you know, in a cool way. It was cool enough to garner nearly $100 Mil at the Box Office against a $22 Mil budget; people were clearly interested at the time in what this monster-Matrix rip-off was selling. But once you sit through the film and have to actually stomach the production, you realize there really isn't anything there. This is a shallow and empty movie that doesn't have anything more that a pretty skin to it.

Vampires and werewolves absolutely are cool. Underworld is not.