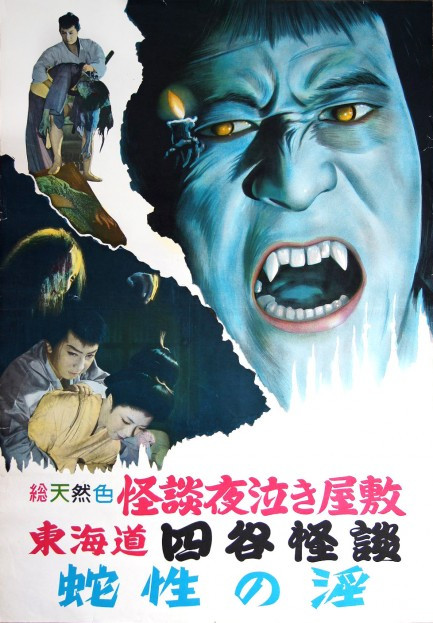 When I wrote my review of The Vampire Doll I noted how that film had a solid mix of ambiance and mystery that helped carry the low-budget horror film. It was good enough, with enough interesting ideas thrown into the mix, that I was actually rather excited to see where production company Toho went with their series. If this film could be as good as it was, a forgotten but pretty solid vampire flick, what could Toho do with the next two films in the series?

The answer, apparently was drive right off a cliff and into a lake with it as the second of the so-called "Bloodthirsty Trilogy" is a mediocre, tired vampire film that barely holds together, let alone does anything to rise above the dreck of the era. This is the kind of film I expected from the "rubber suit monster guys" at Toho, and it's sad because there was such potential in the series, but this film utterly squanders it. Not even the "Dracula" name can resurrect this awful film at all.

We first meet up with our heroine, Akiko, when she's a little girl, visiting the shore with her family. Her little dog, Leo, runs off and little Akiko goes after him. The dog manages to find its way to a creepy old mansion, and when Akiko goes in she sees a woman playing at a piano. The woman turns, revealing horrific eyes and pale skin, and the Akiko turns to see a nasty vampire behind her. Then she wakes up, revealing this was all a dream for the adult Akiko (Midori Fujita)... or was it?

Akiko has been plagued by this dream for years, producing a number of works of art (like a painting she just finished of evil eyes floating over a lake) to try and work through whatever nightmare she's having. Her sister, Natsuko (Sanae Emi), and boyfriend, Dr. Takashi Saeki (Choei Takahashi), both think that Akiko is just making it, that it's just a dream, but she suspects there's more going on. And soon, when strange things start happening around the lake she and her sister live on, she'll be proven right indeed. 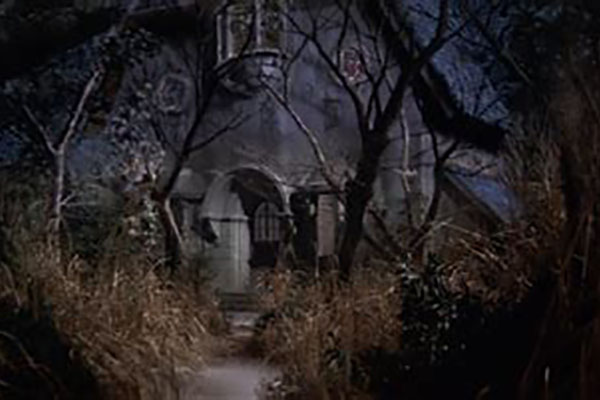 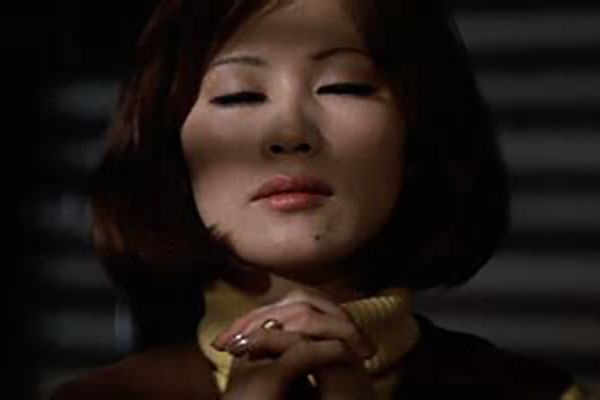 The setup for Lake of Dracula (titled in Japan as Noroi no yakata - Chi o suu me, which translates as "Cursed Mansion: Bloodthirsty Eyes") plays like any other Dracula tale. The vampire's body is shipped, by freight, into the area by the lake, some unsuspecting schlub opens the crate, and the vampire makes them into his servant (after taking a bit of a repast on his veins). From there he then goes about collecting his brides, as a vampire will doe, all before chasing after the prize he's set his eyes on, which, in this case, is Akiko.

It's a rote is pretty boring setup, honestly, since it shows none of the creativity that the previous Toho vampire film, The Vampire Doll had. We have no doubt that Akiko isn't dreaming (even before the vampire officially shows up), we know there has to be a vampire in this thing, and so it's just marking time until the film finally gets us to the good stuff, which takes about half the runtime here. By then we're all already bored and just want this whole stupid thing to end.

Part of the issue with the movie is its just sloppy. To get to a point where we can have Dracula in Japan, we have to have an explanation that it's not actually Dracula but his however many times removed-grandson (well, its the grandson of of a guy who came from the bloodline of "a famous vampire") and, for some reason, the grandson shows the "curse" as a trait that skipped everyone else in his family. But even to get to that point we have to go through weird dreams, half-baked hypnotism, and lots of mythologizing about vampirism, all over which is much more "characters just explaining plot points" instead of the film actually showing us anything horrifying.

It doesn't help that none of the actors really seem to be able to get into the emotions of their characters. Midori is flat as Akiko, barely a scream queen while also being lost trying to covey fear. Sanae isn't much better as her sister, as she's supposed to go from bright and sunny to devilishly evil (as she falls under the sway of "Dracula") but only ever really seems to nail the "bright and sunny" part. And Choei as the doctor boyfriend is an absolute tedious chore, given a ton of dialogue to spout off but none of the charisma to make it work. 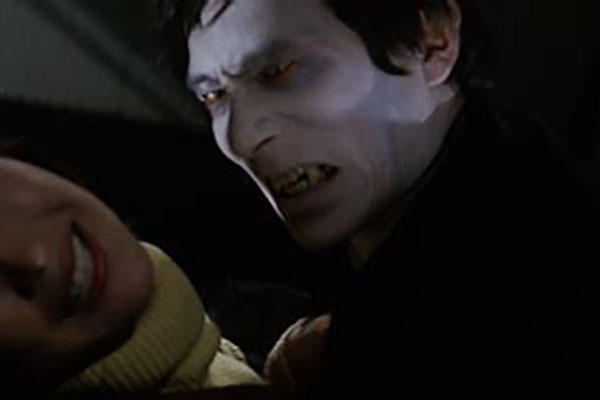 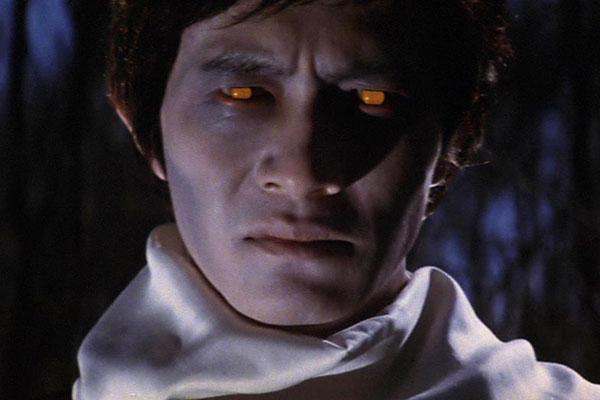 The worst part, though, is that there just isn't enough vampire action in this vampire film. Yes, we finally get a decent scare mid-way in when one of the Brides takes a tumble off a building and goes splat (although we miss the splat part and just see the aftermath). Then it's another long slog until the end when finally, in the last five minutes, we get the vampire and his mansion... only to have to suffer through even more explanation of the plot. This movie loves nothing more than to cut away from the horror to talk to us about the horror and it just ruins the groove.

The production quality of the film is fine, and there's clearly some talent behind the camera here. It's just that the story never amounts to anything. It's a slog from start to finish, all to covey a half-baked Dracula that goes nowhere. No thank you. If the sequel is as bad as this then I'll understand why people have forgotten all about the "Bloodthirsty Trilogy" -- I would have as well.