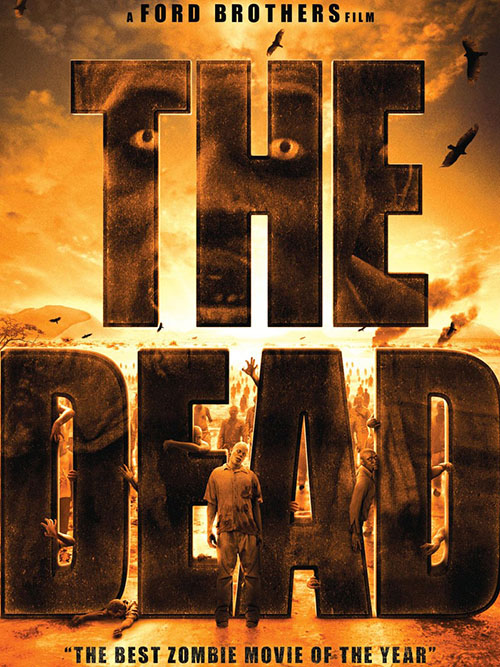 Zombies, while not like vampires in their mythology or power-set (arguably zombies have no other powers than being very hard to "kill"), are similar in one respect: they are pretty cheap to film. Where vampires really only need some pale makeup and a couple of fake fangs, zombies can similarly be made with pale makeup and a bit of raw meat for them to chew. You can get some more impressive makeup effects with latex and good gore, but the amount of money you need to spend on that is nowhere near as expensive as werewolf transformation effects or an elaborate Egyptian set for a mummy. Zombies are the kind of monster any aspiring director (or director duo in this case) can make.

Released in 2010, The Dead is the kind of cheap zombie film that actually uses its low budget status as a way to really tell a solid zombie story. Made on a budget so small most places don't even report it, this shoestring movie does what many bigger zombie films (a number of them produced by Zack Snyder) haven't been able to do: they actually make zombies scary. It doesn't require big special effects or elaborate set-pieces (this film has none of those), it just takes the understanding that an zombie can be a threat to an unsuspecting human, and that the greatest power zombies have is time. Humans have to pause, have to rest, have to sleep, and zombies never need to do any of that. They are unrelenting drive, and all it takes is one bite for a human to become one of the dead.

The film opens on a transport plane taking evacuees out of a military base in Africa. Unfortunately for all the people on the plane one of the people was bitten and suddenly turns, biting another and causing enough confusion and carnage that the plane ends up crashing. The only person to come out of that wreck is Lieutenant Brian Murphy (Rob Freeman), an engineer. He pulls himself out of the wreck and sees a coastline dotted by shambling corpses. Grabbing what gear he can he heads into the countryside to try and find help. All he finds are more of the dead.

Stumbling into a small village, Murphy finds a car that he's able to wire up and get running. He then eventually meets Sergeant Daniel Dembele (Prince David Osei), one of the military forces working to protect the countryside, or they were at least until Daniel abandoned his post. Daniel just needs to find his son, who he thinks is now at a refugee camp, while Murphy just wants to find a way out of Africa so he can get back to his family and away from the dead. The two team up to work together and stay alive, whatever it takes. 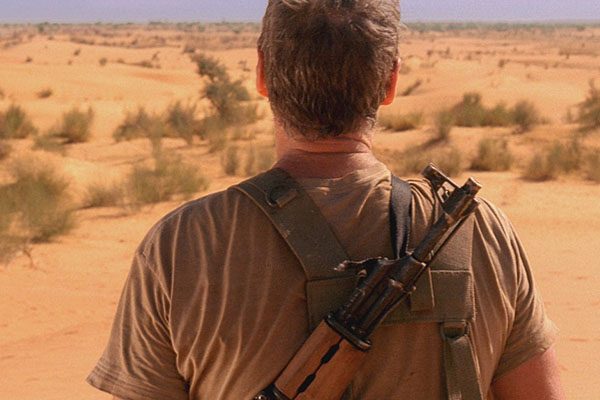 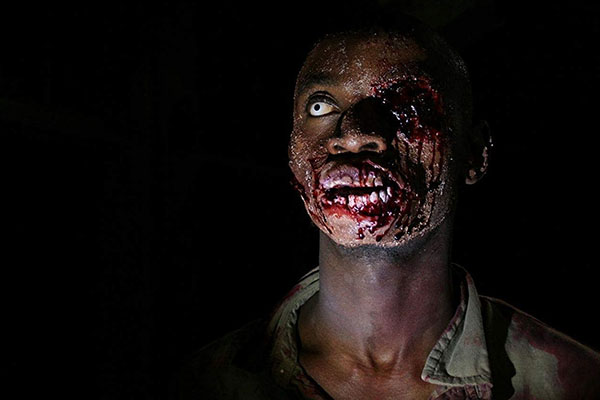 The plot of The Dead is honestly pretty threadbare. There's little in the way of an overarching story, just scenes of the two guys slowly bonding while avoiding walking corpses, driving across the countryside simply so they can get from Point A to Point B. This plotting, though, does strike up an interesting parallel between zombies and humans as both are simply existing, working on pure need to get what they want. It's one of those films that asks, "are we really so different after all?"

Part of what makes the film effective is that it understands zombies better than most modern films in the genre. Where the "fast zombie" craze has come to dominate zombie media, this film uses the classic slow zombies instead. Hell, if anything, these zombies are even slower than the Romero type, taking very tiny steps as they slowly shamble their way along. Any one zombie isn't necessarily scary, not from a distance, but the directors, the Ford Brothers, understand that its the numbers, as well as the unrelenting nature of zombies, that make them scary. All it takes is one mistake, one bad step, and suddenly the humans are mobbed by a force that they can't fight off.

Honestly, I haven't seen a film that's used zombies this effectively since the 1990 Night of the Living Dead remake. The Dead builds its scenes around dread, the ever present threat that never truly goes away. Even when our two humans think they're safe there's always a chance something could go wrong, that could get their car caught in a ditch or they could fall asleep and the zombies could find some way to them. With the dead always around the corner the sense that the humans are never really safe is always there. The film is constantly wound up, constantly at that sense that our people are never truly safe, and it makes for a very solid slow-burn thrill ride.

That being said, I can absolutely see this film not working for everyone. It is very slow-burn, which is effectively in its own way, but people looking for more action, or even bigger scares, won't find what they're looking for here. There isn't even as much drama in this film as in, say, 1985's Day of the Dead -- this movie doesn't have the biting political undercurrent the best Romero movies carried. This is all about the undead and just surviving, which makes for an effective story in its own way but not something that everyone is going to gel with. 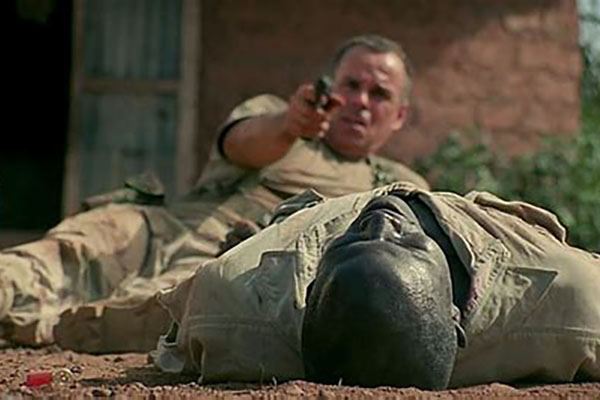 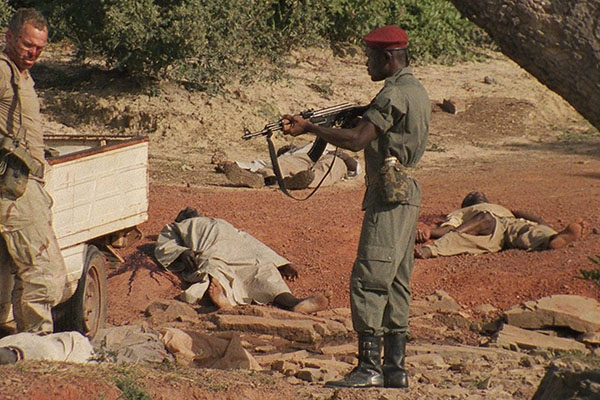 And, end of the day, I don't know if this is the kind of zombie film I want to watch over and over again. The limited cast (only six credited actors in the main cast) does mean there's only so much the film can do for real zombie action. Plenty of near-misses are had, and a lot of zombies are shot in the head, but the film doesn't quite manage to bring in the interpersonal drama, or the stakes, that truly get you invested in the story. Both Freeman and Osei are great in their roles but their characters are threadbare, given only cursory backstory and shading. We spend an hour-and-a-half with them and we learn so little. Their drive is the only investment we get and, while interesting on one watch, isn't enough to make this a repeatable adventure.

I like a lot of what The Dead has to offer and I think it's a solid film for any zombie fan to watch once. That said, there just isn't quite enough here to make this an instant classic of the form. It's good, but not that good, and a hard sell for anyone that isn't already deep into the genre. Zombie fans will come out of this film loving the way the movie treats, and understand, good zombie action. Everyone else, though, will probably want something just a little more thrilling.