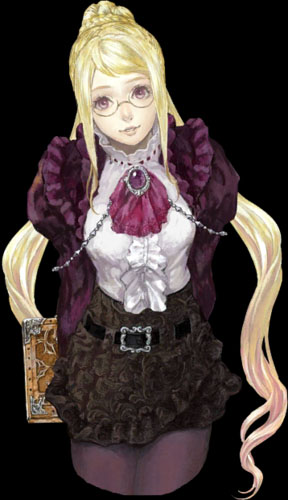 It's interesting that despite the fact that Bram Stoker's Dracula was added into Castlevania continuity, thanks to Castlevania: Bloodlines, there haven't been more connections between that novel and other games in the series. Bloodlines was, essentially, a one-off, never to be explored again.

And yet, more recently, some connection between the book and the games was brought in, of all places, by Castlevania: Grimoire of Souls. Yes, the game that was released in beta for mobile phones and then left incomplete before cancellation; this is the game that has further connections to Bram Stoker's famous novel than any before. THe connections are minor, just the inclusion of the couple of characters with names similar to that of the novels, but that's more than was expected.

That's how we end up with Lucy Westenra, assistant to the heroes and member of the Order of Elgos (yet another in a long line of made up orders that somehow get wrapped up in the story of Dracula). Although not a playable hero, Lucy does give aid and transport to the heroes and acts as a guide through the game. While it's sad that it's taken this long to make any kind of further connection, the effort is appreciated. (It just would have been nice if the game had actually be completed.) 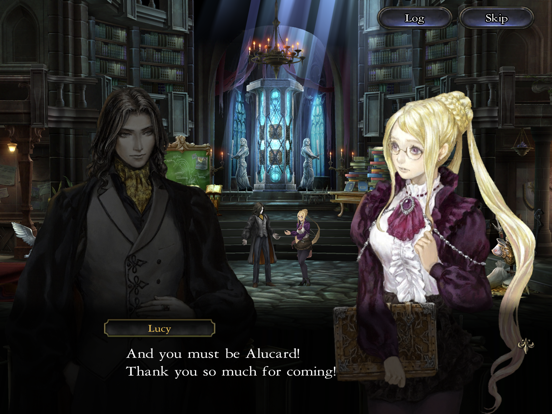 As a member of the Order of Elgos, Lucy's primary task was the protection and study of the grimoires, powerful tomes that recounted the history of Dracula and the various heroes that fought him. Over time, though, Lucy became aware of a plot to corrupt the books and, potentially, use their power to resurrect the Dark Prince. In a letter, she summoned Alucard to meet with her.

Once she explained the power of the books, Alucard allowed her to transport him into one of the books, dropping him outside Dracula's Castle in the time of Simon Belmont. There, with the assistance of Simon, along with Charlotte Aulin and Maria Renard, who Lucy also summoned, the heroes were able to defeat the Giant Bat and secure one of the dark souls in the book. Each of these souls would be needed to stop the spreading corruption and prevent the tomes from falling into the hands of Dracula's minions.

From there, Lucy then sent the heroes to new eras, summoning the associated heroes from each time -- Richter Belmont, Johnathan Morris, and Shanoa -- to help fight the demons within and gain further souls to finish their quest. Each battle was hard, and often the book was actively rewriting itself against the heroes, trying to erase them from history.

Then, the heroes found something truly wretched: Soma Cruz, the future controller of Dracula's power, was aiding a woman named Hermina, a former member of the Order who had stolen some of the tomes when she left the group. Lucy suspects that Hermina may be behind the corruption in the books, and that may be why Soma is with her -- if she controls the dark power, and has the vessel with Dracula's power, she could raise the Dark Prince. The heroes had to redouble their efforts lest Dracula was resurrected and Soma was lost for good.

Sadly, this is where the updates to the game stop and we'll simply never know the full story of the game.

Lucy, of course, gets her name from that of Lucy Westenra in Bram Stoker's novel, Dracula, although that's the only connection between the two. Lucy in the novel is a debutante and best friend to the book's real heroine, Mina Murray. She's also the first major victim of Dracula in the story, dying and becoming his vampiric vassal. The heroes of the story eventually have to kill her to save her soul, but by that point Dracula has already moved on to Mina as his next unwilling target.

Since Lucy is a major character in Dracula, she appears in every adaptation in some capacity. Interestingly, in one version -- Dracula 1979 -- the traditional Mina character is named Lucy, and Mina is her best friend who Dracula kills first. Lucy actually gets to survive that story which is nice.