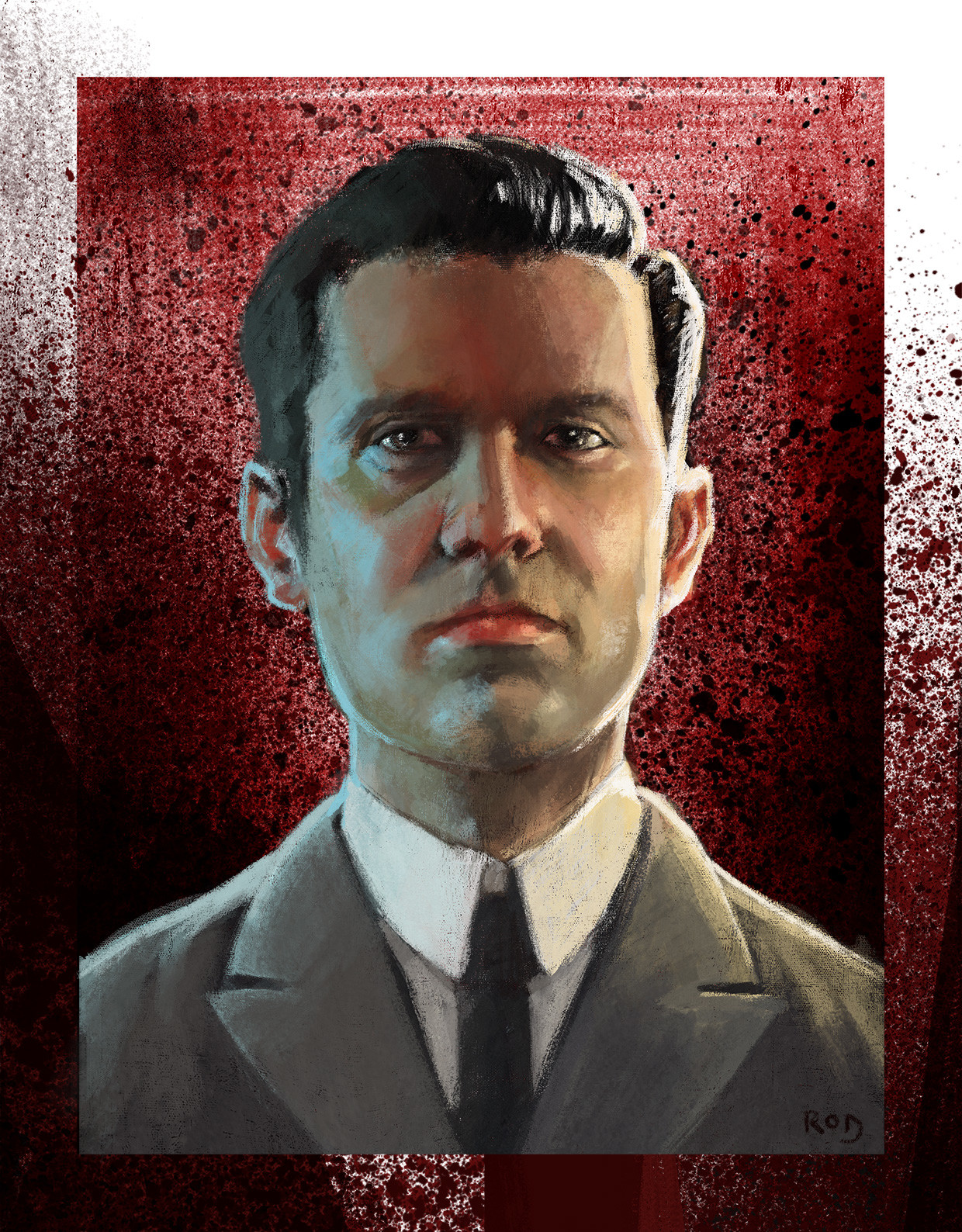 Dr. John Seward is an essential part of the Dracula story but, in some ways, he's also the least interesting character in the piece. As one of Lucy Westenra's "three suitors", Seward is connected to the story via his romance with Lucy but also via his friendship with the two other suitors, Arthur Holmwood and Quincey Morris. He's also connected to one o the antagonists of the novel, R.M. Renfield, an insane man who also serves as a lackey of the primary antagonist, Dracula. This does make him a primary player in the story.

At the same time, though, Seward's contribution is surprisingly passive. He's on the outskirts of everything, observing much of what goes on during the story, but he ends up neither the primary love interest of Lucy (as the lady chose Arthur instead), nor does he have a direct connection to the next of Dracula's victims, Mina Murray. He exists but doesn't remain a focal point.

And yet, the story couldn't move forward in some respects without Seward. Because of his connection to Renfield, and this having a line directly to Dracula, he can see the effects of vampirism, and the control the vampire has, on a direct subject. This information, then, and the knowledge he gathers from Renfield, aids in the investigation of the vampire and in eventually tracking down the beast. As such, while Seward ends up removed from connections of the story he remains engaged in the actions of the storyline.

In large part that likely speaks to the remove that Stoker uses to narrate the story. Because the novel is written as correspondence and transcripts we never get into the heads of the players. In a different setting (such as the adaptations of the novel from Hollywood) we could learn more about the character directly from him and his actions, and that would make Seward into a more direct hero of the tale. His actions are sound, the novel just doesn't serve him as well as they should.

As one of Lucy Westenra's three suitors, we're introduced to Dr. John Seward early in the novel as he attempted to court the noble young woman. Seward served overseas with two of his buddies, Holmwood and Morris, and as it turned out, all three ended up courting the same woman. Lucy eventually ended up choosing Lord Holmwood over Seward (or Morris), but all three remained friends and stayed actively connected to Lucy.

While his courtships started up, and eventually failed, Dr. Seward also worked at the nearby sanitarium, tending to the needs of his mentally ill patients. One patient in particular, R.M. Renfield, stood out as particularly interesting to the doctor. This man existed off behavior, talking to voices while also craving the flesh of the living (exhibited by eating bugs and other animals over the course of his treatment). Renfield acted like he was perfectly sane, but his actions proved otherwise to Seward.

This prompted Seward to begin documenting Renfield's sessions, recording the interviews via wax phonograph. This knowledge proved fruitful in understanding the insane man, although it never did aid in actually treating the man; the patient died mysteriously before he could be saved. However, after Lucy fell ill (from anemia) and it seemed like someone was causing the damage to the poor woman, Seward was able to put things together. His patient went on about his "master", and there was someone causing Lucy harm. The clues fit into place and suddenly Seward, and the rest of the group of would-be vampire hunters, knew what had to be done.

Working together, the group (Seward included) began tracking down the various resting places of the vampire. This action forced Dracula to flee England and head back to his ancestral home in Romania. All the men went off in pursuits, eventually tracking Dracula all the way back at his castle. They battled the vampire, fighting for the sake of humanity, until finally the beast was dead. As the sun rose, the survivors understood that the world was a little safer from their actions that day.

As one of the main characters of Dracula, Seward is a regular character in the various adaptations of the novel on the Silver Screen. Seward's role is fairly prominent in most of these works, in large part because he's the key connection to Renfield who generally shows up in all the works as he's a colorful character; you have to have the doctor treating the patient and thus both appear.