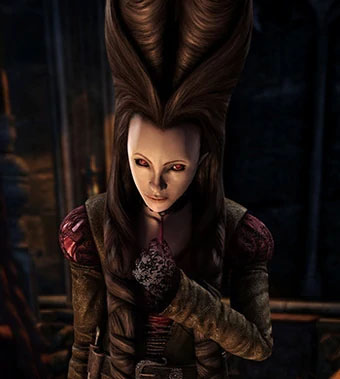 Although Carmilla has been appearing in the Castelvania<.span> series (in some form) since Castlevania II: Simon's Quest, the vampiress never had much in the way of character development. This is actually something that's plagued most of the villains that have appeared in the series -- by and large they're all justr area bosses, big fiends to fight because they're there, but they're never really been given much story or development.

The closest Carmilla had, for years, was the additional of a companion character to her boss fight in Castlevania Dracula X: Ronod of Blood. There, Carmilla's chamber has a young, seemingly human girl within. That girl was Laura and, soon into the fight its revealed that she's actually a willing servant of Carmilla, helping the vampiress in the battle and then, once Carmilla was dead, seeking to avenge the loss of her mistress.

It's an interesting fight, although beyond the battle itself Laura isn't given any actual character development. It wouldn't be until the Lords of Shadow reboot series that Laura was given story and development. ANd, of course, that series changed everything about everything so we really can't say that the Laura here is the Laura from the main series. It's just an intended coincidence. 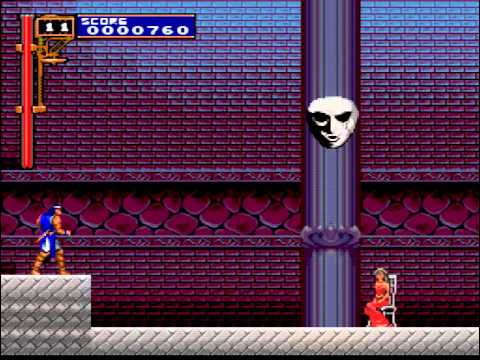 Like many vampires, Carmilla was a hunter with a taste for virgin blood. Having been turned at a young age, Carmilla remained youthful and beautiful for her entire unlife and this meant she could blend in among the youth, posing as a teenage girl which aided in her nightly quest for blood.

This was how she met Laura, a young woman just reaching adulthood. Besottled with Carmilla, she gave herself willingly to the vampiress, even after Carmilla's true nature was revealed. Soon, Carmilla was called to Castle Dracula to serve the Dark Lord, and the vampiress took her new servant (and lover) with her. There the two waited in case a hero showed up to attempt to stop Dracula and his evil plans.

And indeed this was what happened when two heroes, Richetr Belmont and Maria Renard arrived in the dungeons the vampire ladies called their home. Laura aided her mistress in the battle, attempting to grab ahold of the heroes wheneber they came close to her, to slow them down and make them easier targets for Carmilla. The vampiress, though, was no match for their skills and Carmilla was quickly dispatched. This just left Laura, heartbroken, to stand against the heroes. SHe rose valiantly to the challenge, desperate to avenge her lost love, but as with her queen, Laura, too was bested. SHe dies alongside her lover while the heroes moved to further into Dracula's castle to destroy the evil within.

Laura actually has a mnore extensive appearance in the remake, The Dracula X Chronicles. There, not only does she appear in the main fight with Carmilla but also in the Clock Tower. That's where Annette could be found in the original version and, here, Laura pretends to be Annette right up until you rescue her, and then she attacks you much like she does in the main boss fight. Worse, this ruse means you then can't save the real ANnete later as you just wasted the one key you had to save the real version. Damn.

Notably, Laura does show up one more time in the main series, although not with any connection to Carmilla. In Castlevania: Portrait of Ruin, Laura is reduced to a common enemy, attacking the player much like she did her original boss battle. First she'll rise from her chair, moving over to the hero and then, once she's close, she'll reveal her true form and attack, jumpping and kicking at the hero repeatedly until defeated.

ALso note that a second Laura show up in Castlevania: Order of Ecclesia, but this is a completely unrelated character. This Larua lives in Wygol Village and is a relative of the Belmont clan. SHe is not, in any way, a vampire or consort of Carmilla. 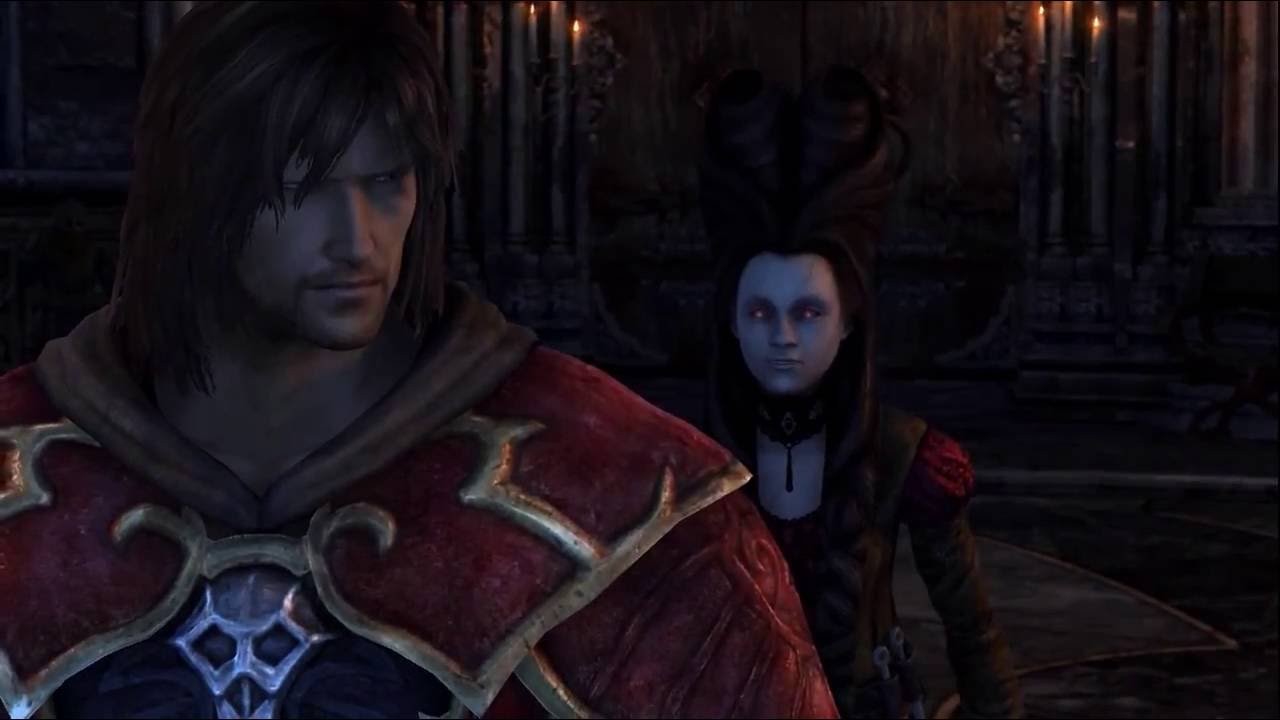 Taken by Carmilla at a young age, Laura was turned by Carmilla, made into a vampire to live as the Lady of Shadow's "daughter" for all eternity. It's never explained why Carmilla did this, but it can be assumed that Carmilla was besottled with the young and lovely girl and, like her counterpart in the main Castlevania series, simply had to have her by her side.

Centuries later, having ruled with her mother at the Vampire Castle for all that time, Laura acts as a guardian against external threats. When Gabriel Belmont comes to the castle to search for Carmilla and defeat her, Laura challenges the hero to a giant game of chess. When bested in this game of skill (largely because Gabriel had already done a ton of weird puzzles in his adventure before getting here), the girl vanished into the castle to wait for an inevitable rematch.

Once Gabriel climbed his way through the castle he met with Laura again, this time in her room in the Chromatic Observatory. There she attacked Gabriel with three of her demonic toys, abominations that she loved to "play" with. These beasts proved a challenge for the hero but, like so many monsters that he'd faced before, they too fell under the power of his attacks. But despite Gabril besting the toys he was unable to fend off an attack from Laura.

She quickly pinned him, ready to kill the hero, but a vision of Gabriel's lost wife, Marie, stopped her cold. Gabriel saw his wife, and the love between the two, which Laura witnessed, was enough to make her change her intent. With a statment of deep envy at the love the two shared, Laura vanished, no longer wanting to play with her food. This allowed Gabriel to recover and head deeper into the castle to eventually take on (and defeat) Laura's "mother", Carmilla. 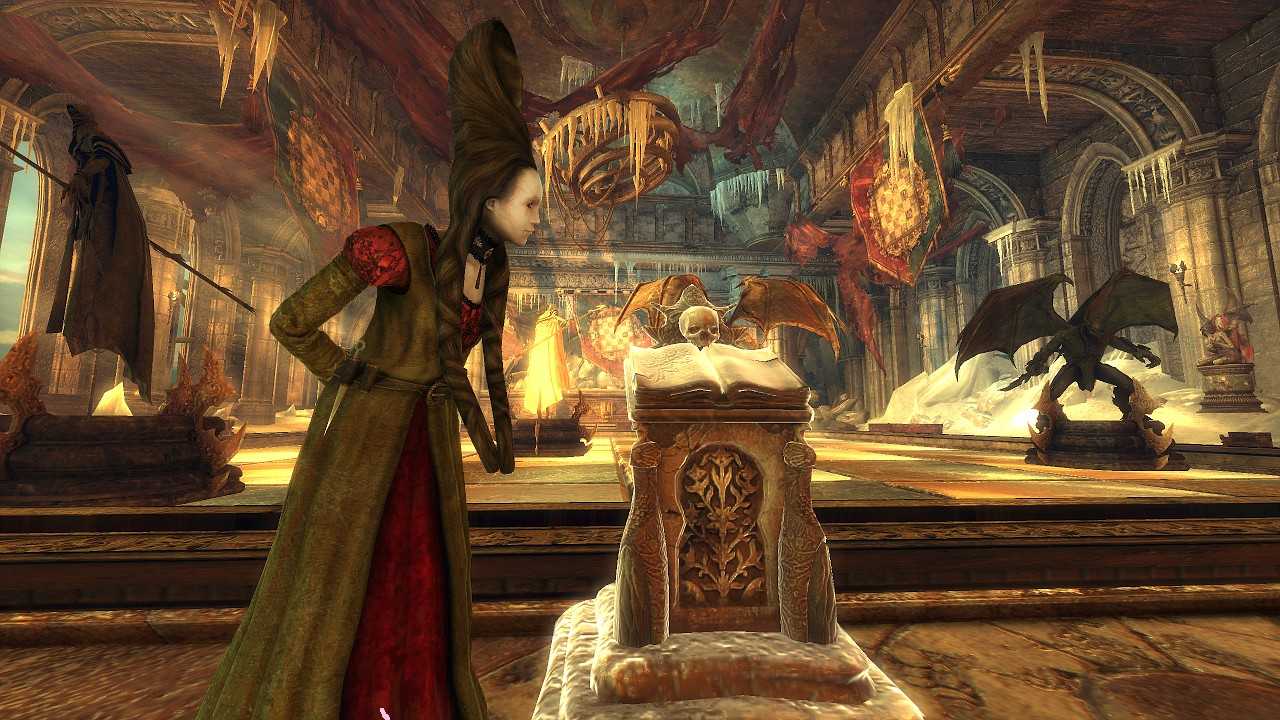 After the events of the main game, Castlevania: Lords of Shadow, Laura appeared to Gabriel once more. She told him that the magic the Lords of Shadow once had, the magical seals they'd built to hide away a great evil, were weakening since they'd been defeated. Now that great evil, the FOrgotten One, was seeking to break from from his trans-dimensional prison. Together, she implored, the two would need to venture into the Vampire Castle once more, deep into the old Brotherhood of Light crypts, so they could find a way to to the Forgotten One and stop his return.

Once they entered into the castle, the found a way deep into the crypts -- amusingly, via a chess board and a secret entrance. This led them into the ancient caverns of the castle whicher were populated by nasty, man-eating fish. While Gabriel had to scale his way through the towers and shallows that picked a path through the cavern, Laura teleported along beside, her vampire powers so much more convenient for the journey. SHe even noted as such (in a bit of foreshadowing, that would soon pay off).

Soon they reached the old, hidden tower. Within they had to scale the fallen ramparts so they could find a way to the seals that locked away the FOrgotten One. This required them to rebuild a device, a clock that, once completed, magically transported the heroes backwards in time. This rebuilt the fallen tower back to a form closer to his glory, and allowed the heroes to move on to the next part of their quest.

Now, what they had to do was find three vials of blood from the original Lords of Light -- Cornell, Zobek, and Carmilla -- so they could break the seals. In one tower, Laura stopped charged the clockwork machines so Gabriel could travers the tower safely and garner the blood. In the next, the two fought side by side against a series of monsters to gain the prize. And for the final challenge, Laura had to enter the hallway on her own (as Gabriel was blocked) and give of her own blood to open to vault holding Carmilla's blood.

ALl three vials in hand, the two scaled the last stretch of the tower. There they used the blood to open a gateway into the Forgotten One's realm. That's where Laura revealed the last thing Gabriel would have to do: drink her blood, all of it, so he could be a vampire. Only an unholy creature could enter the realm and survive. This final sacrifice Laura gave so that the world could be saved, a moment of redemption for a unlife full of death. Gabriel, hesitant at first, took her gift of blood, draining her dry and killing the vampiress. She left this world, happy in the knowledge that her curse as over and the world would be saved. 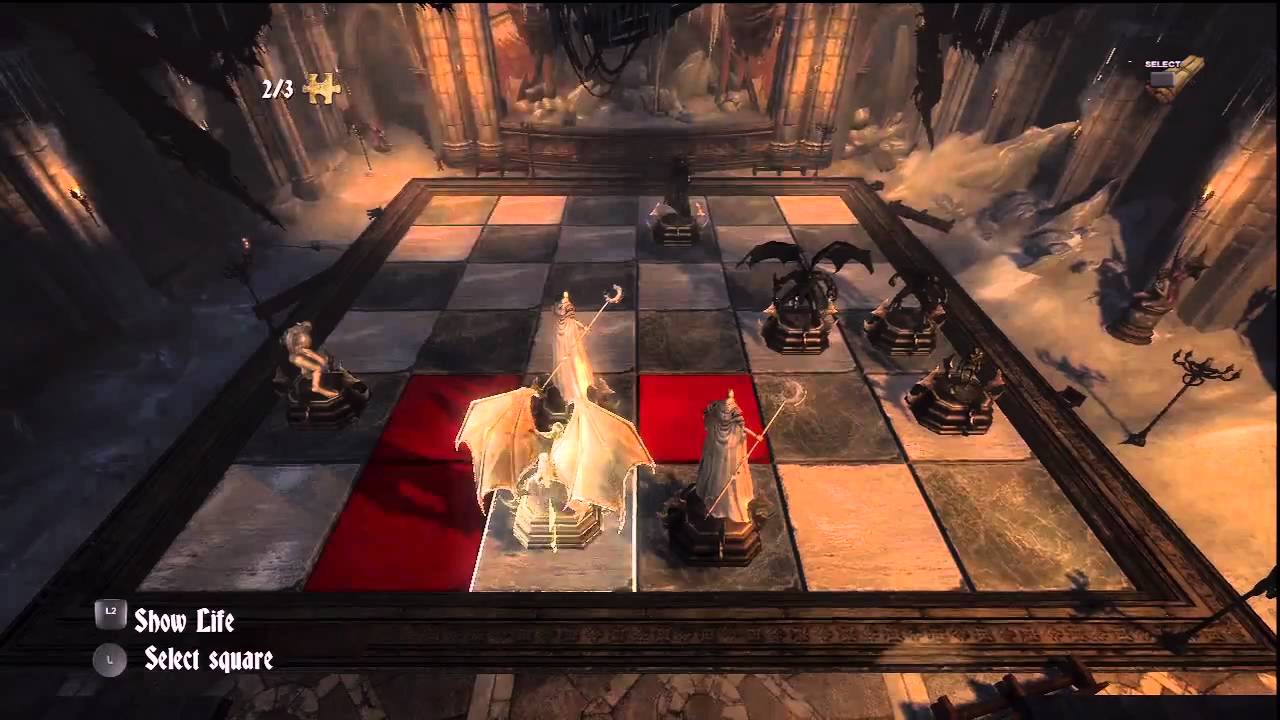 In all of her early encounters -- with Carmilla in Dracula X and the Dracula X Chronicles, and then as an enemy on her own -- Laura will walk around, trying to grab the hero. IOf she does she pin them down, draining hearts off them until they shake her loose. When angered, Laura will throw off her dress, taking on a ninja/cat-like form. Here she'll jump around attacking the hero with airborne kicks until she's put down.

In Lords of Shadow, the first encounter isn't so much a battle as a long game of "battle chess". The game takes place on a chess board with six pieces to a side -- a necromancer (who can summon little skeletons), glass-cannon vampires, and middle-of-the-road werewolves (yes, the three types of monsters that also are represented by the Lords of Shadow). The goal is to defeat the other team's main pieces (skeletons don't count) and win the board. Trick is you can only move the pieces that randomly come up on a spinner. It's a lot of luck, and if you lose you get to play the game again. And again. Until you get it right. So, that sucks.

Later, your next encounter with Laura isn't actually a fight against her but, instead, a battle with one of her toys. Here she sends three of her "Deadly Toys", fleshy golems who will simply charge at you and do various basic physical attacks. You'll have to take out all three, first weaking them before getting into a series of Quick Time Events when they're stunned, knocking them to the ground and ripping out their hearts. Kill all three and you'll get the final Laura cut-scene of the main game.

In Reverie you'll actually get to use Laura in battle. SHe'll hang around as a companion helper for much of the run, but at times you'll take control of the character to guide her through some areas. Both as a companion and under your control, Laura has a selection of attacks to use. SHe can do a variety of charge levels for hier lightning attacks, taking out more and more enemies at once with her blasts. She can also attack them when weakened and drain their blood, replenishing her own health. Finally she can do dashing mist-form dodges, which make her invincible while in mist form, letting her get out of tight scrapes. 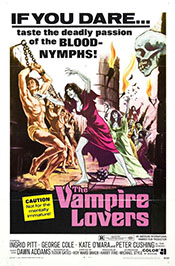 Laura is one of the main characters in the novella Carmilla. She a teen girl that Carmilla (in her own guise as a young woman) becomes infactuated with, eventually living with the girl at Laura's father manor, slowly feeding on her and bringing her to the brink of death.

The character, thus, shows up in most adaptaions of the original story. We actually cover one of those adapations on the site, The Vampire Lovers, a classic of Hammer horror cinema. It's worth noting that the sequels don't feature Laura as they're largely just "sequels" in name only.