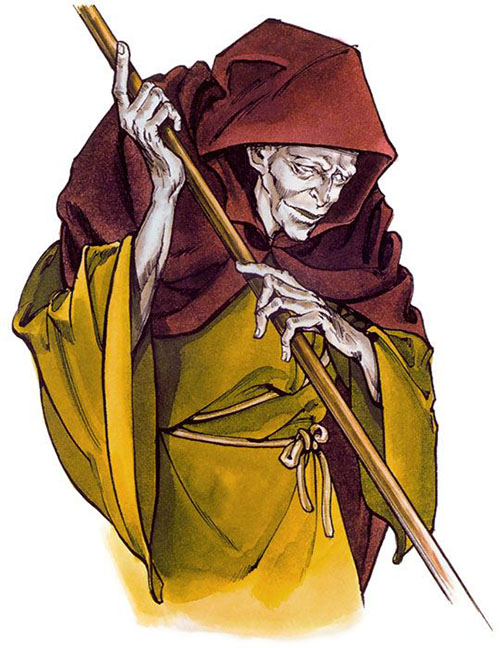 The Castlevania series has always had a history borrowing not just from popular culture but also from ancient myth (with some argument being made that much of popular culture is based on the myths to come before). From Medusa to the Cyclops and Minotaurs, many of the most iconic characters to show up, again and again, in the series have been borrowed from Greek myths. It's an enduring source of inspiration for the series creators.

One character that has show up repeatedly, though, hasn't even been a foe for the heroes despite being based on Greek myths as well: The Ferryman. Likely (as in almost certainly) based on Charon, the ferryman of Hades who would usher the souls of the dead across the river Styx to the land of the afterlife, Castlevania's Ferryman (who has no proper name) spent a number of years as one of the more iconic institutions of the series. He could be reliably counted on to make an appearance every few games or so, there to transport the heroes across one body of water or another.

And then, curiously, he vanished. For whatever reason, the Castlevania series stopped using him. Sure, finding ways to put the Ferryman into every connected castle in the later parts of the series would have been silly, but there were certainly games, like the expansive Order of Ecclesia, that could have used the Ferryman in an organic way.

At this point, with Konami having all but abandoned the Castlevania series, it's doubtful if we'll see another appearance from this long-serving character. 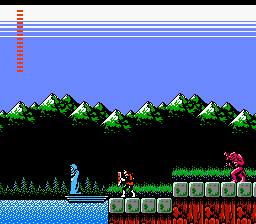 The Ferryman appears at the coast of the Dead River, a section to the west of Jova. The town of Jova marks Simon Belmont's starting point on that heroes quest to reunite the five pieces of Dracula, resurrecting the vampire and removing the curse that demon placed on the hero. Once Simon finds the Ferryman he can ride the boat to the far shore of Aldra and continue his quest.

However, as Simon ventures deeper into his quest, he can present the Ferryman with Dracula's heart, which prompts the Ferryman to take Simon to a new location, Brahm's Mansion, location of Dracula's eyeball. These transportation services are handled without request for payment (so no need to give the Ferryman two coins, unlike in the classic myths about the boatman), but Simon has to careful as Mermen will leap out at the boat while the Ferryman paddles along the lake, potentially damaging Simon and knocking him into the drink. 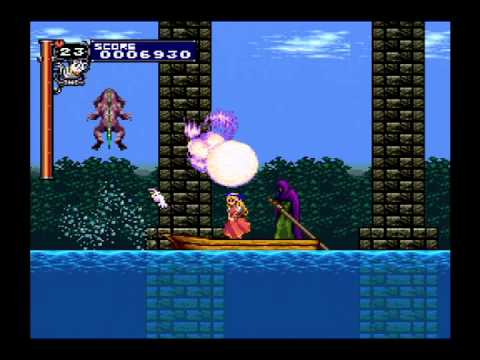 When next we meet the Ferryman, he's station in a hidden location deep beneath the outer sections of Dracula's castle. This occurs during the time of Richter and Maria's quest to save various kidnapped girls and defeat Dracula. While exploring the second section of the castle's outer walls, the Aqueduct, the heroes could potentially get knocked into a pit (on the second screen of the stage) and see the Ferryman lurking nearby (as they go past to their death). If they choose the right pit to drop into, they'll land on a little outcropping that will lead them to the Ferryman. Again, without charge, he'll take the heroes across the river but, once again, they will have to avoid Mermen that will leap out and try to kill the heroes. This is the only way for the heroes to find the next hidden section of their quest, the Cemetery.

That's not the last we see of the Ferryman on this quest, though, as he appears again in a lower section of the Forest. Here, at a river section, the Ferryman will be waiting. If the heroes find him, after riding along some logs on the river, he'll take them across another stretch of water to the back part of the stage. The heroes can then interact with him further and he idly waits there, gaining first a health refill, then a key, and finally an invisibility potion (and some terse remarks from the Ferryman) all because they bothered him. 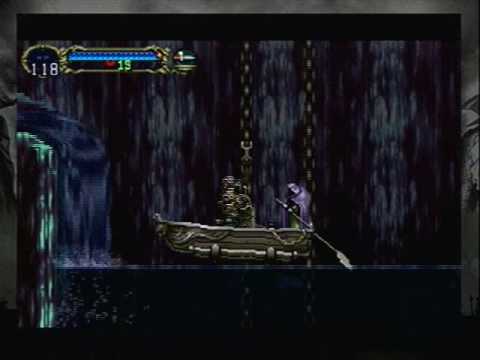 The Ferryman is back only a few years later, once again occupying the waters in and around Dracula's castle. He's first glimpsed early on, as Lord Dracula's son, Alucard, explores the castle in search of Richter Belmont (the hero having gone missing after recently, right around the same time Dracula's castle appeared once more). As Alucard explored the Outer Wall, he could find a small room with a telescope. Peering through the scope, Alucard caught a glimpse of the Ferryman, just rowing along, enjoying his job.

It was later, though, that Alucard properly encountered the Ferryman. IN the Underground Caverns deep beneath the water, the Ferryman waiting. Using the Ferryman was essential for Alucard's quest as the water flooring this underground section was deadly to the hero (as vampires can't normally cross running water). Only via the boat could Alucard hope to cross these sections of water. The Ferryman actually patrolled two sections of the river here, and one of these watery paths would eventually lead to the Holy Symbol (a snorkel) that would allow Alucard to safely traverse the water and continue his quest.

The Ferryman's appearance actually raises some questions in this game. When he talks to Alucard her refers to him as "my Prince", implying that the Ferryman works for Dracula. It could be that the Ferryman is a neutral agent, but more likely he ferries the heroes to places of danger, or works to assist them to help ensure his master's eventual arrival. Without the Ferryman's help, Simon would never have collected all of Dracula's body parts, and while he does assist the heroes in Rondo, he did usher them to difficult to navigate areas, potentially hoping for the deaths? It's something to think about.

The final appearance for the Ferryman in the series is a short one. He appears near the start of the game ushering hero Cornell across the Foggy Lake towards a Ghost Ship in the distance, this vessel acting as the effective start of Cornell's time exploring Dracula's lands. After depositing the heroes at this old galleon, the Ferryman uncharacteristically immediately rows away, leaving the hero stranded there to finish out his quest (or die trying).

Again, his actions here would seem to indicate the Ferryman is not an ally to the heroes but an assistant to Dracula. The Ferryman brings Cornell to Dracula's lands, an essential step in Dracula's eventual plot to steal Cornell's power and find resurrection (a plot, it should be noted, he succeeds in, at least for a certain definition of "success").

Of course, with the Ferryman never appearing in the series again we will never know for sure his true motives and whose side he's really on.